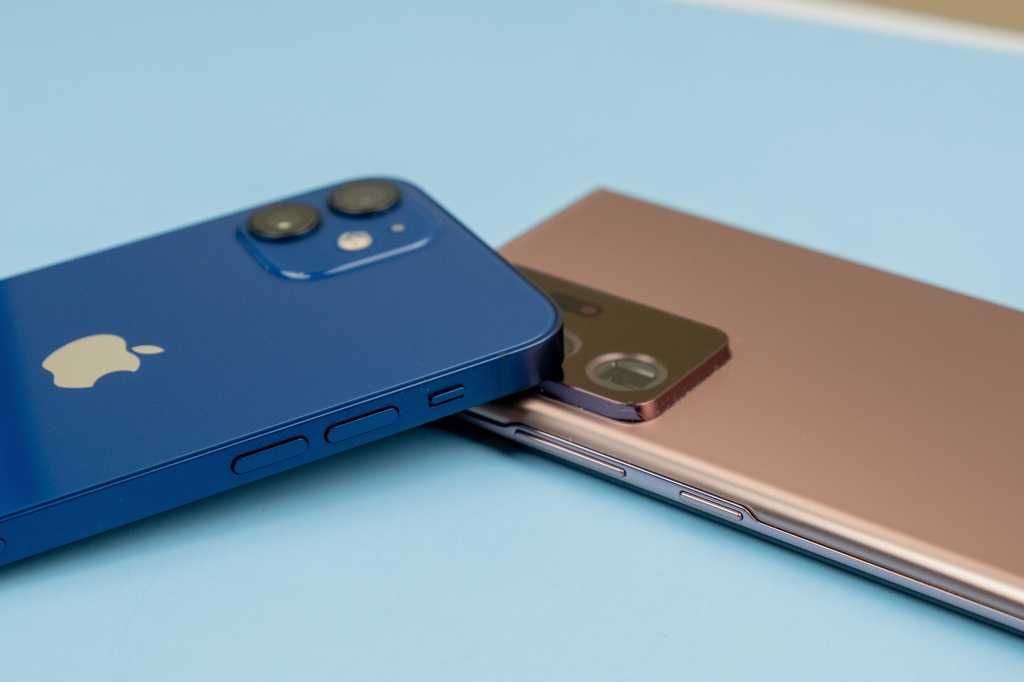 Samsung is by far the most successful Android device maker in the world, but it has struggled to move its flagship Galaxy S phones for the last few years. Sales were down modestly last year for the Galaxy S10, and by all accounts, the numbers for the Galaxy S20 cratered in 2020. Meanwhile, Apple has reported pre-orders for the iPhone 12 more than doubled compared to last year’s phone. Clearly, Samsung could learn a thing or two from Apple—here are five ideas Samsung should steal from the iPhone 12.

You could spend $1,400 on a new iPhone 12, but that’s the top-of-the-line Pro Max with half a terabyte of storage. If you don’t want to spend that much, the cheaper versions are just as good—you lose nothing with the $1,000 iPhone 12 Pro, and the non-Pro models are almost as capable.

On the flip side, there’s Samsung: The Galaxy S20 Ultra launched with a $1,400 starting price early this year, and the cheaper versions of the S20 had a much less impressive camera array. How about the $1,300 Note 20 Ultra? To save some cash, you could get the non-Ultra version with a worse screen, cheaper construction, and no SD card slot for $1,000. See the problem?

Consumers shouldn’t feel like they have to spend a mortgage payment to get “the good version” of Samsung’s latest phone. Apple’s phones are objectively expensive, but they’re a few hundred dollars cheaper at every tier than Samsung’s phones.

This is actually an easy fix, and we’ve already seen Samsung move in this direction by dropping the Samsung tax. The S20 Fan Edition is almost as good as the older S20 phones, but it costs just $700. That’s a realistic price for the cheapest member of a flagship phone lineup, just like Apple’s entry-level iPhone 12 Mini.

I’m saying this as someone who strongly prefers Android to iOS and has been writing about why for a decade: The iPhone 12 has the best build quality of any smartphone. The only Android OEM that’s anywhere close to Apple in terms of fit and finish is Samsung, but it’s not doing enough.

When you pick up an iPhone 12, you can tell how much attention was paid to the little things. The way the glass meets up with the metal, the feel of the buttons, the dense steel of the Pro models, the precise haptics—it’s all a tribute to skilled industrial design. Samsung phones feel good, but not that good. Even the $700 iPhone 12 Mini is an amazingly luxurious object. Can you say that about any $700 Android phone?

A $1,300 Samsung phone like the Note 20 Ultra should feel as high-end as an iPhone, and that’s not the case right now. We know Samsung has the skill and money to compete with Apple if it wanted to; just look at the hinge on the Z Fold2, which is a genuine marvel of engineering. It’s time to focus those skills on making phones that are both feature-rich and physically stunning, like the iPhone 12.

Samsung outfitted the Galaxy S20 Ultra with a 108MP primary camera that was supposed to set it apart from the competition, but it wasn’t anything special. And it was still just okay when it appeared in the Note 20 Ultra. Samsung was so focused on sspecsmanship that it neglected other camera improvements. By comparison, the iPhone 12 Pro has a 12MP primary camera, and it takes better photos most of the time. That might be a bone of contention in some circles, but having gone back and forth between these phones, I believe the iPhone 12 is more likely to nail a photo than a high-end Samsung phone.

The megapixel race was over years ago, and Apple is proof of that, but Samsung hasn’t gotten the memo. Now, it’s about computational image processing. Apple’s Deep Fusion engine gave it a huge boost in image quality that Samsung can’t match with hardware alone. It’s time to focus on what matters.

Apple controversially decided to remove the bundled wall charger from its latest phones, but it was probably a good idea—one that Samsung could steal. This would be good on balance even if it’s a small inconvenience for the consumer. Dropping the bundled charger would save Samsung money, of course, but it also produces less e-waste. Samsung would manufacture fewer chargers that end up just sitting in the box, and the phone’s packaging can be smaller and more efficient to ship. You might be surprised how much smaller the iPhone 12’s box is compared to past devices that did ship with a charger.

Anyone who has been using Android phones for a few years probably has a pile of USB-C chargers, and unlike other Android OEMs, Samsung hasn’t been pushing the envelope with charging speed. As USB-C becomes more common, we should also move away from expecting our phones to give us the hardware. There are plenty of excellent third-party chargers with the USB Power Delivery standard that will see you through several phone purchases, and they’re surprisingly cheap. So, no, you probably don’t strictly need that bundled charger.

Phones have gotten bigger year after year, but there are a surprising number of people who want a smaller phone. The catch: They also want the phone to be good. A lot of the buzz around the iPhone 12 has focused on the $700 Mini. This device has a 5.4-inch screen in a footprint roughly the same as the 4-inch iPhone 5. Plus, it has most of the same specs as the $1,000 iPhone 12 Pro, including the blazing fast A14 Arm chip.

Samsung should follow Apple’s example and give the people what they want. Small phones are less popular than big ones, so they usually have fewer features and bargain-basement specs. Apple can toss a premium small phone our way because it has a strong supply chain and massive scale—adding this model didn’t break the bank. Samsung is the only Android OEM with similar clout. If anyone can make a good, compact Android phone, it’s Samsung.