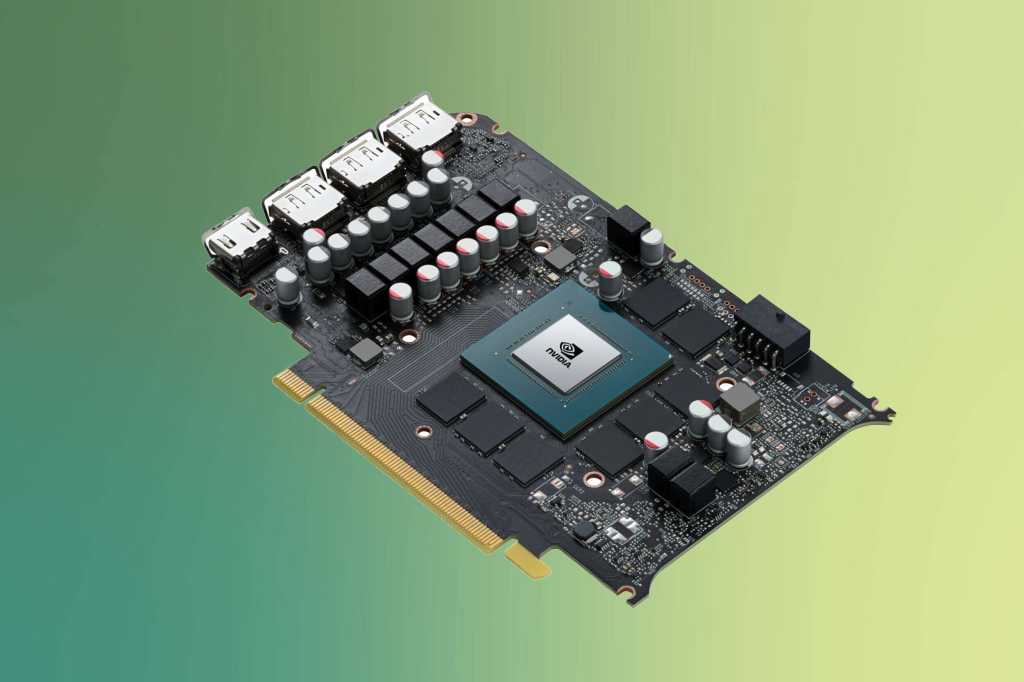 Looking at PC makers who can actually sell you a whole PC with a hard to get RTX 30-3080, Ryzen 5900X or RX 6800XT, you may think it’s a far rosier supply situation than what consumers face.

On the contrary, half a dozen PC vendors who spoke to PCWorld about the supply issues they face say the situation is as dire, if not more dire, than what DIY buyers face today.

Because of their sensitive relationships with the hardware suppliers who are literally the lifeblood of their business, PCWorld is allowing vendors to speak without being identified. Note, too, that our interviews were mostly with PC system integrators sprinkled around the country who are far smaller than Dell or HP.

One theory for the shortage for smaller system builders is that the big OEMs are getting preferential supply access. “It feels like we’re feeding off scraps,” one told PCWorld, describing a situation where hardware is arriving in dribs and drabs.

Another vendor was a little more exasperated at the situation. “The supply situation has been ugly this fall,” they said.

One described the situation as so bad, that if any GPU supplier had graphics cards, there was no question about bargaining. “We don’t even negotiate prices on GPUs anymore,” the vendor said, paying for graphics cards well above the MSRP to fulfill customer orders.

“The supply situation has been ugly this fall,” the vendor said.

Ranked by lack of availability, the system vendors told PCWorld that Nvidia’s GeForce RTX 3080 and RTX 3090 were the most difficult to obtain of the 30-series cards. Most had hopes that RTX 3060 Ti supplies and prices would be better, but the price of a Founders Edition GPU meant selling it at a loss in a PC. One promising sign: Several vendors disclosed they were receiving 30-series cards on an almost-regular schedule.

Interestingly, AMD’s return to high-end graphics in the Radeon RX 6000-series wasn’t quite as uniform. Some felt the card still hadn’t quite proved itself, so demand isn’t there. Other vendors said the supply of Radeon RX 6800XT cards is so low, they’re not even bothering with them until the inventory improves.

“Radeon 6000-series looks like a paper launch to me,” one vendor said. “I hate to say it, but it is because there’s just no product.”

AMD didn’t comment on the frustrations system vendors are feeling right now, but the company did point to the unprecedented demand. AMD’s on track to grow by nearly $1 billion in dollars in revenue.While the company didn’t say it, we can guess you can’t grow revenue if you have nothing to sell. That suggests its GPUs were  being directed elsewhere rather than system integrators, and consumers.

What’s behind the shortages?

PC vendors don’t think there’s one single reason for the shortages. Most agree Nvidia fumbled the ball by not forecasting how insanely hot of a commodity its new 30-series card would be. Sales of GeForce RTX 30-series are running an astounding 40 percent higher than the previous quarter and the previous year, the company disclosed during a call with financial analysts.

Several PC makers have told us the company has been openly apologetic about the shortfall. Others, however, think it didn’t help that in the run-up to the RTX 3000 launch, RTX 2000 GPUs were discontinued so quickly. Still others felt that with Nvidia’s commanding lead of GPUs, it knows it’s still in charge.

Obviously the pandemic is an issue, with factories around the globe still in recovery. But even the logistics of getting the cases, power supplies, and motherboards from where they are manufactured to the United States has become an issue.

As trade relations soured between China and the U.S., container ships that once hauled tons of goods in both directions now mostly come full, and then sit empty as exports have dried up, vendors said. Because shipping companies are reluctant to ship back empty containers unless someone pays, vendors face more surcharges and delays.

Even air freight has become an issue. While cargo planes are dedicated to shipping freight, most commercial passenger flights actually fill an estimated 5 percent to 10 percent of their capacity below the passenger compartment with freight. With commercial air travel down almost 50 percent globally, it’s difficult to receive air freight in a timely manner. Although air freight charges have dropped from the peak they reached in May, they’ve been trending up for the last two months.

When you talk about hard-to-get, one vendor you’re not seeing on the list is Intel. But it may not be for the reasons you think.

While Internet snark would say the availability is because, “no one wants to buy Intel desktop CPUs right now,” one of the vendors PCWorld spoke with attributed the surprisingly strong availability of Intel CPUs to the company’s much stronger supply chains.

In contrast, Nvidia cited constraints in materials such as substrates in a recent call with investors. “Past what we’re seeing in terms of wafers and silicon…some constraints are in substrates and components. We continue to work during the quarter on our supply and we believe…that demand will probably exceed supply in Q4 for overall gaming,” Nvidia Chief Financial Officer Colette Kress said. “We do expect it probably to take a couple months for it to catch up to demand, but at this time, it’s really difficult for us to quantify. So we stay focused on trying to get our cards to the market for this very important holiday season. And each day, things continue to improve. But before the end of the quarter, we’ll be able to provide some more information.”

Intel told PCWorld it’s been ramping up for some time. “We’ve significantly improved supply for our customers and have expanded our capacity by more than 25 percent in 2020,” a spokesman said. “We currently have three high-volume fabs producing 10nm to meet our customer demands. Additionally, we expect 100 Tiger Lake-based designs in market by the end of this year, double the expectation we provided in April.”

The PC is alive and very well

Still, one vendor said, it’s better to have demand outstrip supply than to have supply sit around with no customers.

Unfortunately, even if AMD and Nvidia are able to ramp up production, the shortages we’re experiencing now are likely to persist through the beginning of the year.

Far worse, however, may be price increases. Remember, vendors are already paying above MSRP to get graphics cards. Add the shipping costs for containers and consider that the limited air freight options are likely to get far worse as vaccine air shipments begin to compete—and you’re looking at potentially $100 to $150 in the increased price of a PC early next year.