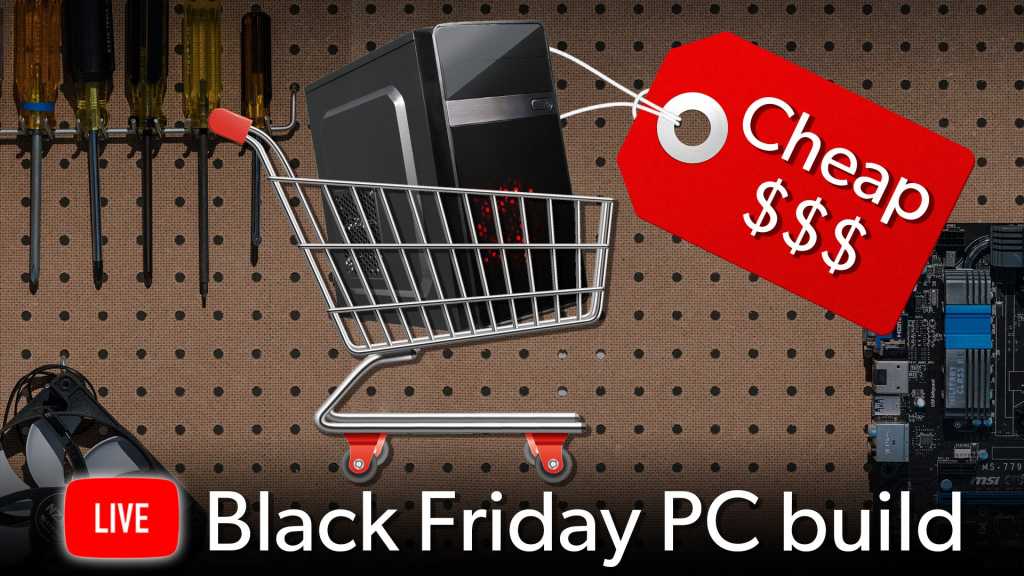 In what’s become an annual tradition, each November I share build lists for the cheapest gaming PCs possible using Black Friday deals. And year after year, we get asked to actually build the base model—perhaps because of a suspicion that it can’t actually function as a gaming PC.

So after five years, we’re at last granting your wish and building 2020’s cheap Black Friday gaming PC. And we’re doing it live!

Be warned that this year’s build won’t be the most exciting—at least not in terms of insane bargains. We did not score a 3700X for $50 (nor do we have any hope of doing so in this timeline). When it comes to purchasing hardware, 2020 has made shopping difficult. The CPU for this build wasn’t even on sale, as getting MSRP for budget processors is already a victory right now.

But it’s always still fun to assemble PCs, especially when we do it in the company of our excellent community. Join us at 10:30am Pacific for the fun, which hopefully will not require the use of any band-aids. (The case we’re using is rather, uh, budget.)

Here are the parts we’ll be using:

This PC does deviate slightly from the parts list in the original article. Notable changes are the motherboard, power supply, and storage—but the motherboard is only more expensive by $2, and the power supply comes out to the same price when you factor in California sales tax. I decided to take my own recommendation for storage and bump it up from 128GB to 500GB, because given the size of today’s games and files, free space on the 128GB drive would disappear in a heartbeat. I also upgraded from 8GB to 16GB of RAM, bringing the overall total to $300.

If there’s time after the build, we’ll do a little light benchmarking, though we expect similar results as the tests we ran on the Athlon 3000G build we put together back in February. So, spoiler alert: Yes, it’ll run Crysis.