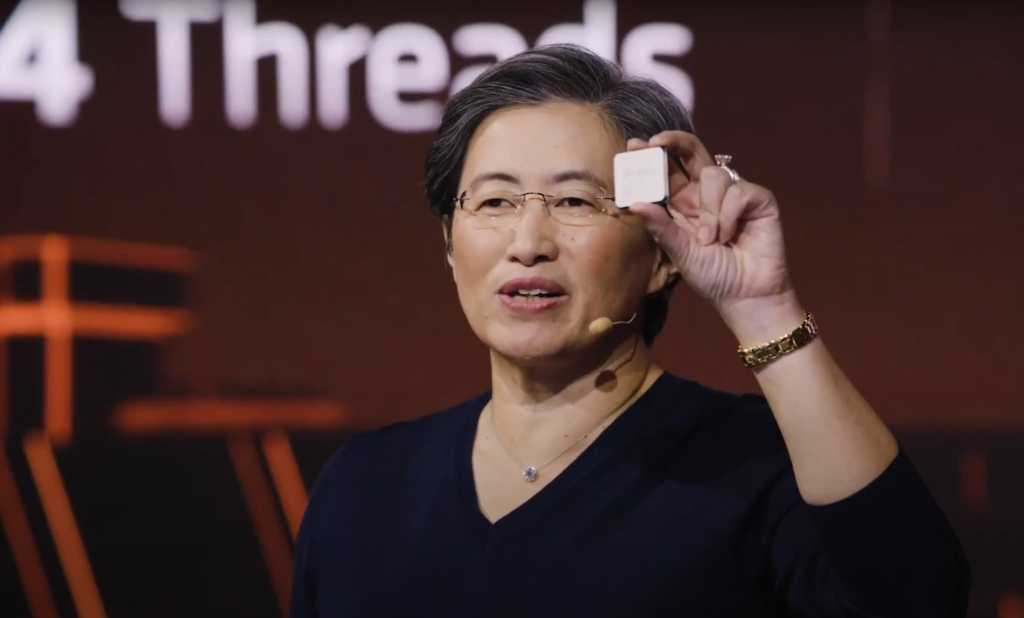 If the latest crop of rumors have any basis, AMD’s hotly anticipated Ryzen 5000 mobile CPU family could mix chips from old and new architectures, making shopping for a Ryzen-based laptop even more confusing.

According to a collection of leaks and reports, the mobile Ryzen 5000U series of APUs (CPUs with integrated graphics cores inside) are expected to include both “Lucienne” and “Cezanne” cores. Lucienne chips will reportedly be designed around AMD’s older Zen 2 architecture, and Cezanne around the more powerful Zen 3 architecture.

AMD declined to comment on what it called rumors and speculation. Nevertheless, the possibilities add some interest to what’s expected to be a busy round of announcements from AMD at the upcoming virtual CES in January. All the rumors we’ve heard are detailed below, from product names to clandestine (and possibly falsified) benchmarks.

When could AMD announce mobile Ryzen 5000?

CES has already confirmed that AMD chief executive Lisa Su will give a keynote address at 8:00 a.m. Pacific Time on January 12, roughly a year after AMD released the mobile Ryzen 4000 family at the same event. An announcement of the next-gen mobile Ryzen 5000 family seems more than likely. Ryzen 5000 H-series chips are reportedly on tap, along with the lower-power Ryzen 5000 U-series chips.

AMD’s mobile Ryzen 4000 crushed Intel’s Core processors, and the desktop version of the Ryzen 5000 appeared as strong or stronger than its Intel rivals. Expectations for Ryzen 5000 mobile CPUs are therefore very high, which makes the prospect of mixing older and newer architectures all the more intriguing.

What CPUs will be in the mobile Ryzen 5000 family?

The sources for these rumors include a benchmark for Ashes of the Singularity, via WCCFtech; specs published to Twitter, and a series of retailer configurations published by leaker momomo_us, again to Twitter and compiled by VideoCardz.

The most powerful gaming laptops will, of course, be based on the H-series parts, with 35W to 45W power envelopes. AMD’s mobile Ryzen 4000 series offered just two H-series. If the Ryzen 5000 rumors are accurate, AMD will offer two H-series parts as well as more powerful -HS and -HX options. They will all be part of the Cezanne/Zen 3 family.

How fast are the mobile Ryzen 5000 chips?

Geekbench results (see links that follow) add to the circumstantial evidence that these chips exist, with entries for a Lenovo PC with the Ryzen 5800H and 5800U, and an HP laptop with a 5700U. Geekbench entries should be taken with a grain of salt, as they could be falsified. Some data, such as the GPU speeds, haven’t been unearthed.

When could the Ryzen 5000 chips ship?

Typically, AMD announces its latest mobile chips at CES, followed quickly by announcements of design wins by notebook PC makers. Those notebooks then ship roughly in April or May. It’s possible that the pandemic may adjust this schedule slightly.

Why would AMD offer Zen 2 and Zen 3 processors in the same family?

If the rumors are true, AMD could be using the Zen architecture as another differentiator for its mobile processors, much like clock speed and core count. It’s not unusual for a processor manufacturer to sell its older processors alongside its latest chips, as a lower-priced option. It’s somewhat less usual to sell processors from two different architectures within the same product family, but Intel combined its Comet Lake and Ice Lake CPUs into one, big and confusing 10th-gen family. AMD may simply be emulating Intel’s example.

Because these are mobile processors, we have no idea how much AMD will charge OEMs for them. Both Cezanne and Lucienne are reportedly 7nm processors. If AMD is in fact mixing up its architectures, the company may price the older Zen 2 parts at a discount to offer a greater disparity in price and performance, giving laptop makers more options.

The trick for laptop buyers will be understanding the performance differences within a mixed-chip family. Consider this performance chart from a desktop Ryzen comparison we made earlier this year:

If the leaks are accurate, and if AMD plans to mix two processor architectures together inside the mobile Ryzen 5000 series, you’ll want to pay close attention when shopping for a Ryzen-powered notebook in 2021, to make sure you get the performance you expect.