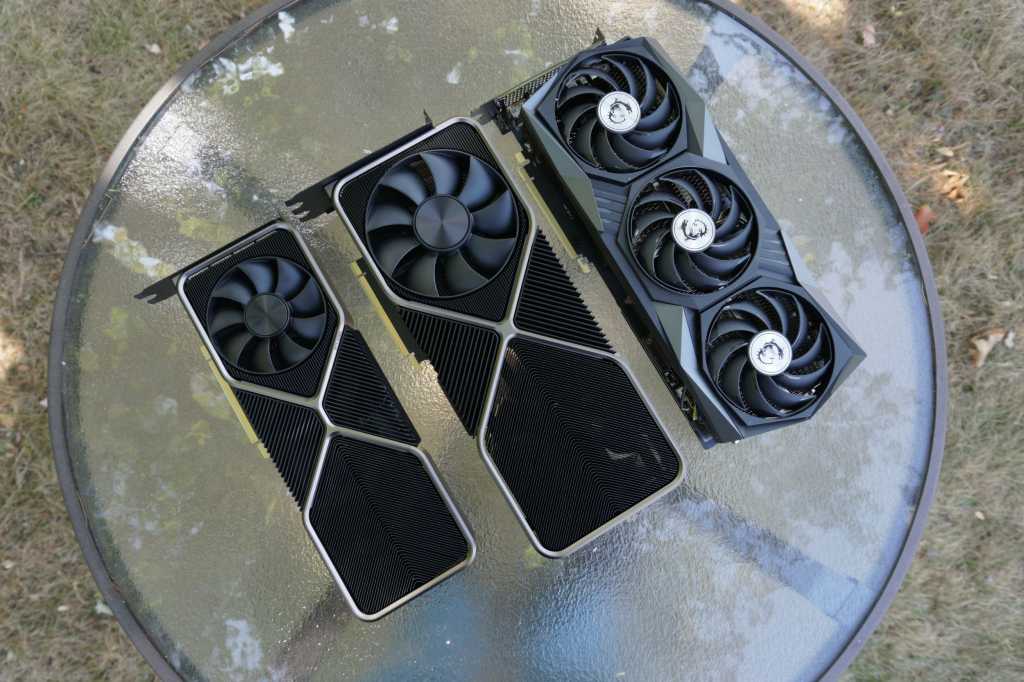 Maybe you can’t buy the hottest new PC hardware yourself, but scalpers are ready to sell it to you for a tidy profit.

These numbers come to us courtesy of Dev blogger Michael Driscoll. Driscoll, an Oracle Data Engineer at USG Corp. by day, applies his data skillsets in his off-hours to the scalping market for PC hardware and consoles. By Driscoll’s analysis, scalpers have sold at least $82 million in Ryzen 5000 CPUs, RTX 30-series cards, RX 6000 GPUs, and Xbox Series X and PS5 consoles. Most of it is still selling at stupid levels above the list price, and this is just the tip of the iceberg.

Driscoll wrote custom scripts to scrape eBay results. As part of his research, he focused only on sold items to determine the median price, rather than inflated bids. To try to troll scalpers, some have bid up prices of the hardware with no intent to buy. Because Driscoll’s research excludes $60,000 bids for GPUs, and only includes actual completed sales, it’s likely a far better gauge of the scalping market on eBay right now.

Driscoll hates scalpers just as much as anyone. “I don’t personally mind the person who flipped their console because they had one,” Driscoll told PCWorld. “I mind the scalping which is someone buying out Best Buy’s entire stock or has a bot just buying them right away to flip dozens or hundreds online.”

Ryzen 7 5800X isn’t a great buy for scalpers either

Driscoll’s analysis indicates AMD’s Ryzen 7 5800X is starting to get to the point where there may just be no money in it for “casual scalpers.” The 8-core CPU has an MSRP of $449, but the median price of sold chips is $589. In the past week, that price has rapidly dropped to $545, which is below the price where Driscoll thinks casual scalpers decide to bail.

Driscoll defines a “casual scalper” as someone who perhaps bought the hardware at full retail and has decided to sell it at a profit. He assumes this type of scalper pays taxes and shipping, so the watermark to quit is far higher.

Based on where prices of the Ryzen 9 5900X and Ryzen 9 5950X are headed, Driscoll’s blog said he didn’t expect those in-demand CPUs to reach MSRP until at least the middle of January.

The news is looking somewhat better for the Radeon RX 6800 XT, whose price has recently started to “plummet” (relatively speaking). The Radeon RX 6800XT has an MSRP of $649 but had been selling for $1,277. Prices of the card in the last week on eBay, however have dropped by 10 percent to 20 percent, which led Driscoll to hope that it’ll reach reasonable pricing in a few weeks. Of course, that’s assuming there is enough supply.

With many bitter complaints by DIYers that Radeon RX 6000 cards just can’t be found anywhere, the number of both red and green GPUs sold on eBay give you an idea of just how bad the supply is.

They are bad for Nvidia’s latest-gen Ampere-based cards, too. As we noted above, a phenomenal 7,222 sales have been recorded on eBay for the GeForce RTX 3080, at a median price of $1,315 for the $699-MSRP GPU, according to Driscoll.

The vast gulf between AMD and Nvidia sales is interesting. Driscoll’s numbers show scalpers have sold 454 Radeon RX 6800 and Radeon RX 6800 XT cards. That’s just 3 percent of the 15,224 GeForce RTX 30-series selling on eBay. However, it’s unknown whether this disparity is a signal of popularity or supply. The low Radeon numbers could just as well be an indication that even scalpers can’t get their mitts on the new AMD GPUs.

Driscoll recognizes that focusing on eBay is a weak spot of his report. The data from this very large and organized marketplace is easier to parse, but Driscoll said Craigslist, Facebook Marketplace, and Discord, as well as forums, are likely where most professional scalpers will go, if only because of the better profit margins compared to the fee-based eBay. Driscoll said he believes the entire scalping market for consoles and hardware is at least two to five times larger in reality.

If there’s one thing distraught PC fans be thankful for: It’s not as bad as it is with consoles, where prices continue to surge. Driscoll’s numbers show some 29,795 next-gen Xbox consoles sold on eBay, with the median price of the higher-end Xbox Series X about $865. Driscoll says 32,964 PlayStation 5 consoles have been sold on eBay. Combined, that’s nearly 63,000 game consoles that have been flipped. And as usual, the PlayStation 5 is slightly ahead of the new Xbox.