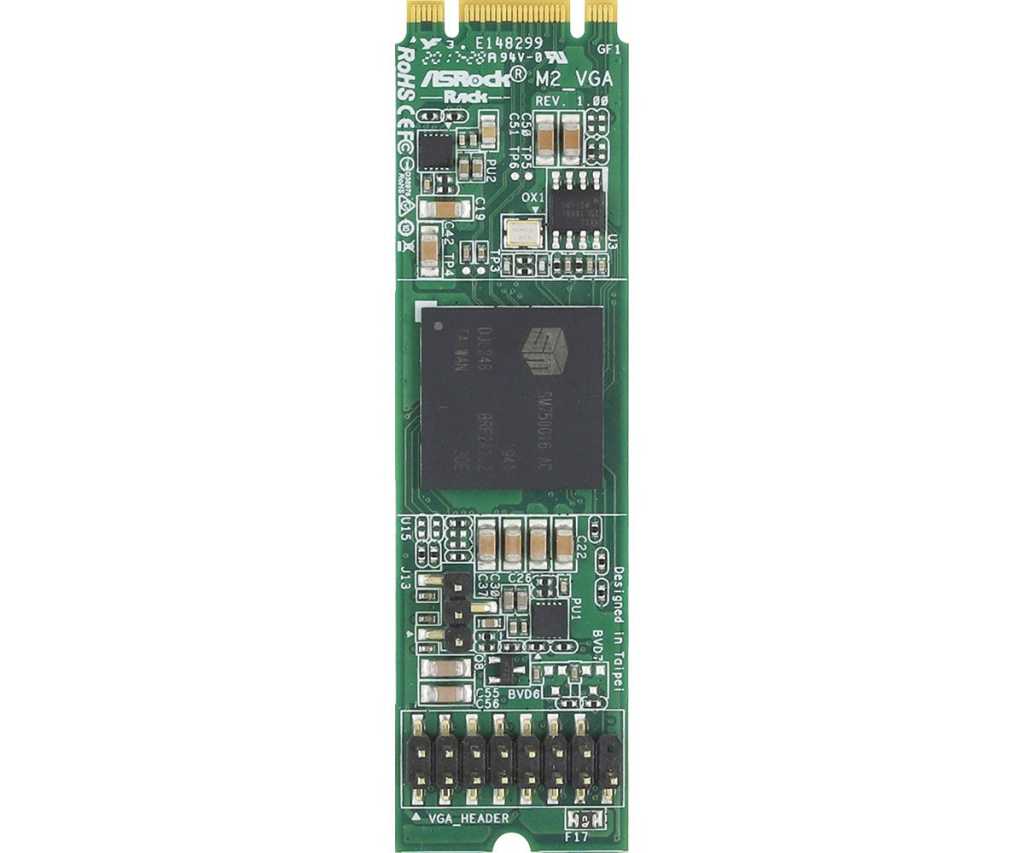 Asrock Rack’s M2_VGA might be the cutest little “GPU” we’ve ever seen.

Yes, it’s an entire graphics card made to slip into a tiny little M.2 slot on a motherboard. The card features a Silicon Motions SM750 embedded multi-chip module. The SM750 features 16MB of DDR for its frame buffer, dual 300MHz DACs, and a single PCIe lane. Asrock specs the M2_VGA at a non-whopping 1.49 Watts of power consumption. And no, don’t bring your DisplayPort display, because it looks like the M2_VGA is old-school VGA only.

If you’re wondering how you can plumb a graphics card into M.2: Remember that it’s standard PCIe lanes in the M.2 slot. Today, most use them for NVMe SSDs.

The M2_VGA, of course, isn’t meant or intended to be paired with desktop system to power graphics, but theoretically it could work—provided you could get the drivers for it.

The M2_VGA will likely go into rack servers, point of sale systems, kiosks, digital slot machines, and other embedded PC applications. So no, definitely do not buy the M2_VGA to try to play Cyberpunk 2077.