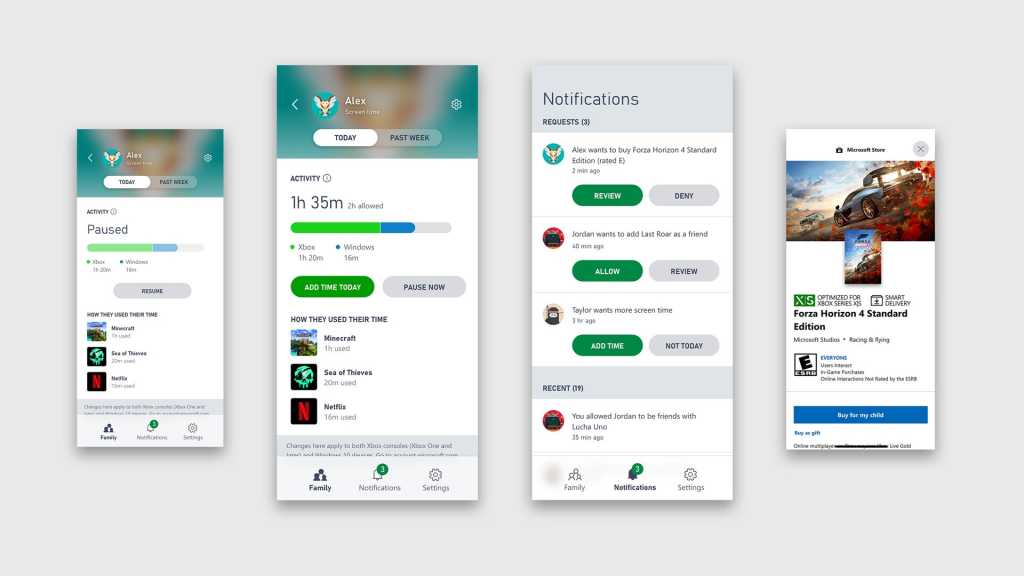 Take it from this parent—there are times when you just want your kids to pause their gaming, put down their controllers, and do something else.  A new Pause Screen Time feature in the Xbox Family Settings app for Windows and Xbox allows you to do just that.

Pause Screen Time allows a parent to say, “That’s enough!” and revoke access instantaneously. The new feature is part of the Xbox Family Settings app for Android and iOS—essentially an app-based version of the Family Settings management tool that’s already baked into Windows.

The new feature adds a Pause Now button to the app, which tracks the amount of time your child has been accessing Windows and Xbox games and apps. Family Settings was originally set up with the assumption that your child would be offline most of the day, at school, before the pandemic struck and distance learning was implemented. But it’s still useful to track which apps and websites your child has visited, for how long, and to place limits on their exposure.

When screen time is paused, the child will see the “Your screen time is up” message that they would normally see when their allotted screen time is expired. The “pause” feature can be turned off at any time, but will otherwise expire at the end of the day.

Microsoft also added a control called Ask to Buy. This, too, is fairly self-explanatory: While the child’s account will be able to buy apps and games with money already stored in their account, the app will send a notification to you when the child “wants help buying” a new game. Turning off the option will prevent them from bugging you with constant requests.

Microsoft said this new pause capability has been the most requested feature for the app. “With the holiday break on the horizon, many parents and caregivers may be looking for ways to help balance screen time and family time. We know achieving this balance is important to families,” said David McCarthy, corporate vice president of Xbox Operations, in a blog post.