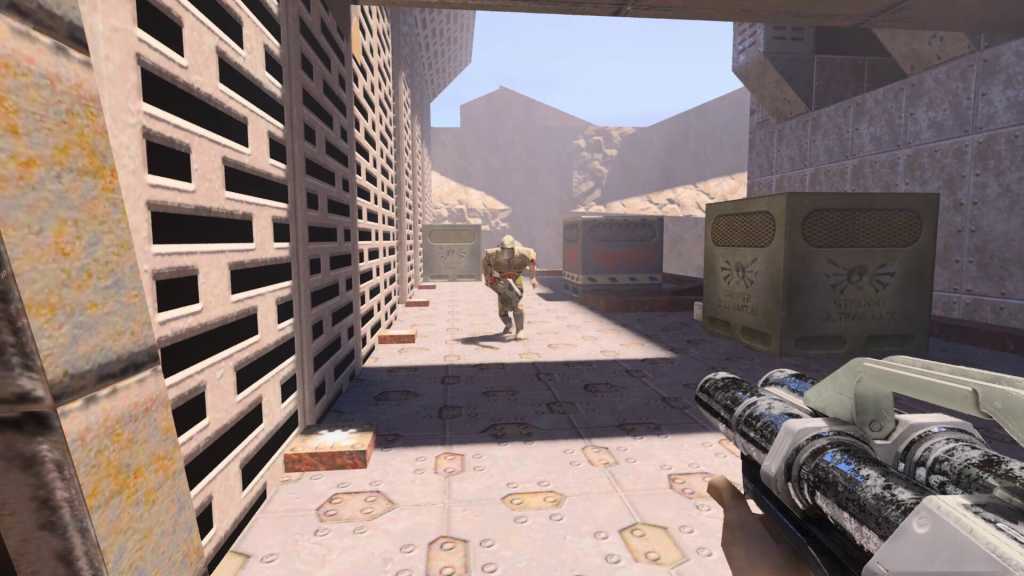 After a slow start, ray tracing continues to spread its wings. What started as a geeky Windows 10 feature now finds a home in the next-gen Xbox Series X and PlayStation 5 consoles as well, and on Tuesday, the Khronos Group consortium announced that ray tracing is developer-ready for Vulkan, releasing the long-awaited final extensions. Vulkan is an open, cross-platform alternative to Microsoft’s proprietary DirectX 12 graphics API, used by games like Doom Eternal, Rainbow Six Siege, and Half-Life Alyx.

The news may be confusing to you since we’ve already seen three Vulkan-based games ship with ray tracing on Wolfenstein Youngblood, Quake II RTX, and JX3 (in Asia). Those games relied on an Nvidia extension to get ray tracing working ahead of Vulkan’s official support, however. That’s a viable band-aid, but using an Nvidia extension also means that the games can’t activate ray tracing on AMD’s rival Radeon RX 6000-series graphics cards—it’s not even a visible option in Wolfenstein. Games built using the official Vulkan extensions should work with all compatible GPUs, just like how games built with DirectX Raytracing are supposed to run universally on Windows.

Nvidia has done a lot of the heavy lifting to make ray tracing real, and the company isn’t selling Vulkan ray tracing short. A Game Ready Driver with Vulkan support got pushed live this morning—it already popped up as a GeForce Experience notification on my system—and Nvidia’s developers also switched Quake II RTX over to the official extensions this morning, ripping off the proprietary Nvidia band-aid.

“Bringing ray tracing into Vulkan has been a multi-year effort by many companies and Nvidia has taken an active leadership position in each stage of its evolution,” the company said in an email to journalists. “We were elected to chair the Vulkan ray tracing subgroup at Khronos, we contributed the design of our vendor extension to Khronos to help the Vulkan working group make rapid progress, and we shipped drivers for the provisional version of the Vulkan ray tracing extension to enable developer feedback for the subgroup. Now we are the first to adopt those extensions in a game.”

Open, cross-platform graphics standards aren’t the work of one company alone, however.

“Standardizing ray tracing in Vulkan is an important step towards making ray tracing available across a wide range of devices, as well as enabling developers to use this technology to its full advantage,” Andrej Zdravkovic, senior vice president of software development at AMD said in a statement. “AMD supports all of the major features in this extension, including ray shading and ray queries in our AMD Radeon Software Adrenalin Edition driver. We are also working with developers to ensure great performance from our Vulkan Ray Tracing implementation thanks to hardware ray tracing support on AMD RDNA 2 architecture-based graphics cards.”

Quake II RTX isn’t just the first game with full Vulkan ray tracing support, it’s also the first fully path-traced game ever. That means it uses real-time ray tracing for all lighting effects rather than the usual one or two features. Path tracing makes the game surprisingly beautiful—and shockingly strenuous—for a classic that originally launched in 1997. Nvidia’s Quake II RTX game demo gives you access to the first three levels and an automated benchmark for three, but if you own the full version, the path tracing works throughout. Any graphics card with ray tracing hardware can run it now, as AMD included Vulkan ray tracing support in its Adrenalin 2020 Edition 20.11.3 drivers.

Minecraft’s ray tracing also exited beta last week. That means you can test full, final path tracing implementations for both Vulkan and Microsoft’s DXR now. The fact that path tracing appeared first in decade-old games should tell you how taxing the cutting-edge lighting features are. Nvidia’s fantastic DLSS 2.0 technology carries a lot of the load in making Minecraft playable with ray tracing on.

Developers can head over to the Khronos Group or Vulkan SDK websites for more information on how to implement ray tracing in Vulkan games. Gamers, on the other hand, might want to check out our guide to the best graphics cards for any budget, because ray tracing can make even the most powerful GPUs scream and sweat.