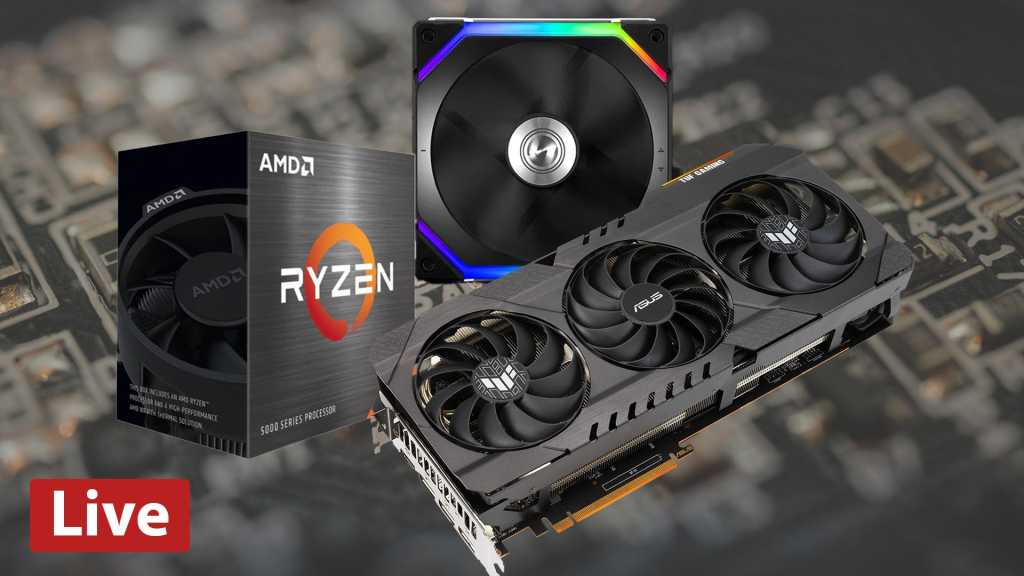 Hardware releases washed over everyone in one big autumn wave this year—a predictable result given months of worldwide chaos, but one that’s hardly left us a chance to breathe. The onslaught hasn’t just been a first set of Ryzen, GeForce, and Radeon parts, either. Some of the best cases we’ve seen in awhile hit streets in the last three months as well.

Now that 2020’s major launches are finally done, the PCWorld staff at last has a little time to celebrate. And we’re going to do it by building a luxe PC live!

You can think of this one as an updated riff on our Viva Las Vegas build from 2018. However, instead of imitating the Vegas Strip, the goal is to save a tree and use RGB fans to get our fix of flashing holiday lights.

Here are the parts we’ll be using:

Conveniently, waiting until December to build a new, deluxe PC with all the latest and greatest components means I can do a proper build in the O11D Mini and play with Lian Li’s Uni Fans, both of which I’ve been itching to try out for months. I have a lot of hopes riding on the Uni fans in particular, because I can run up to four of them at one time on a single set of wires. (Cable management was a bit of a pain in the Viva Las Vegas build.) I’m also excited to work with the namesake parts of this build: Ryzen 5000 and Radeon 6000 sizzled in our review benchmarks. Getting hands-on experience with AMD’s new Smart Access Memory feature (and taking the 6800 XT for a spin in several games over my holiday break) will be a treat.

Because this build will be more involved, we’re splitting it into two parts. This first round will stop around the point where we’d mount the GPU. It remains to be seen when I’ll take a stab at cable management—if the Uni Fans deliver on Lian Li’s promises, maybe we’ll tempt fate and begin the process before first boot.