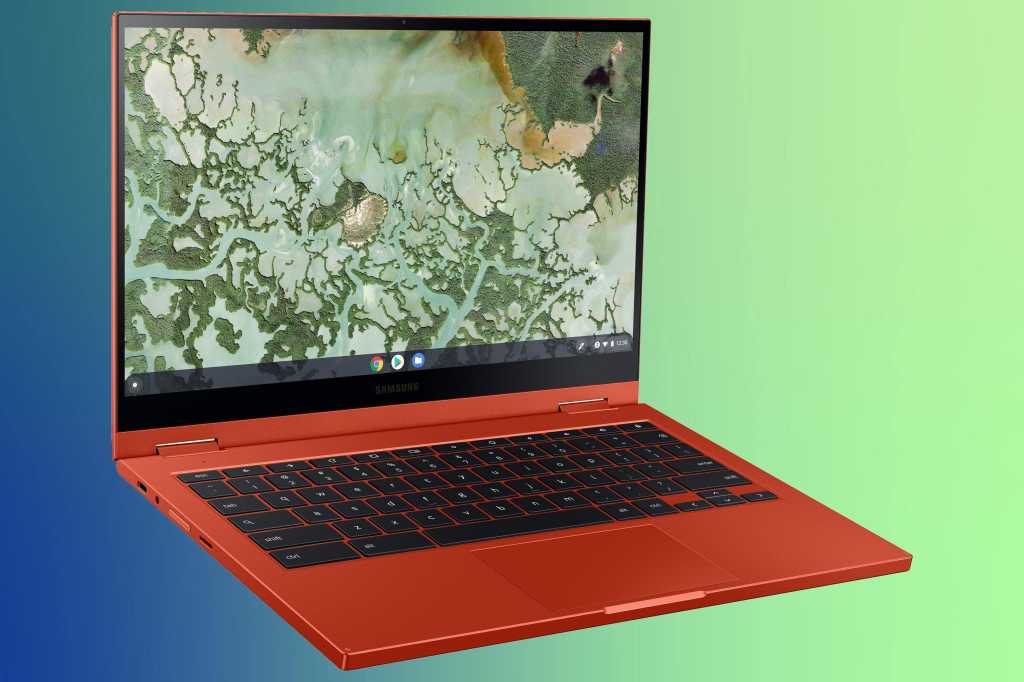 The 13.3-inch Galaxy Chromebook2 2-in-1 eliminates the integrated pen of its predecessor as well as its fingerprint reader, replaces the OLED display with an upgraded QLED model, and offers a slower processor. While prices begin at $550, Samsung will sell an upgraded model for $700, though it still won’t be as fast as the original Samsung Galaxy Chromebook.

According to Samsung, the original Galaxy Chromebook was the highest-selling premium Chromebook in the market—though, as our story noted, premium Chromebooks typically don’t sell as well as the cheap $300 Chromebooks that tend to be most popular at Amazon and Best Buy. Danielle Moten, the senior product manager of new computing at Samsung, actually referred to the Chromebook2 as “an addition to our Galaxy portfolio,” rather than as a replacement for the original model.

Perhaps the most noticeable change is in the 13.3-inch display. Samsung has swapped out the original’s 4K OLED for a 1080p QLED. QLED displays, which began entering the mainstream in about 2015, use an array of quantum dots behind the screen to approximate the color fidelity of expensive OLED displays, but using lower-cost, lower-power LED technology instead. Given that Samsung promoted its own OLED technology for several years, the shift to QLED may be a sign that its time has come.

Samsung executives didn’t explain why Samsung trimmed the integrated pen (which is still sold separately) and fingerprint reader, but we can assume the company did so because of cost. The same goes for the Intel Core i3 processor, part of the same “Comet Lake” family as the Core i5-10210U used in the original Galaxy Chromebook, but slower and cheaper. (For a Chromebook, which doesn’t run any intensive applications, a Core i3 probably suffices.)

While the new price points are midrange rather than bargain, the Galaxy Chromebook2 is far more affordable than its predecessor, without giving up too much in other areas.