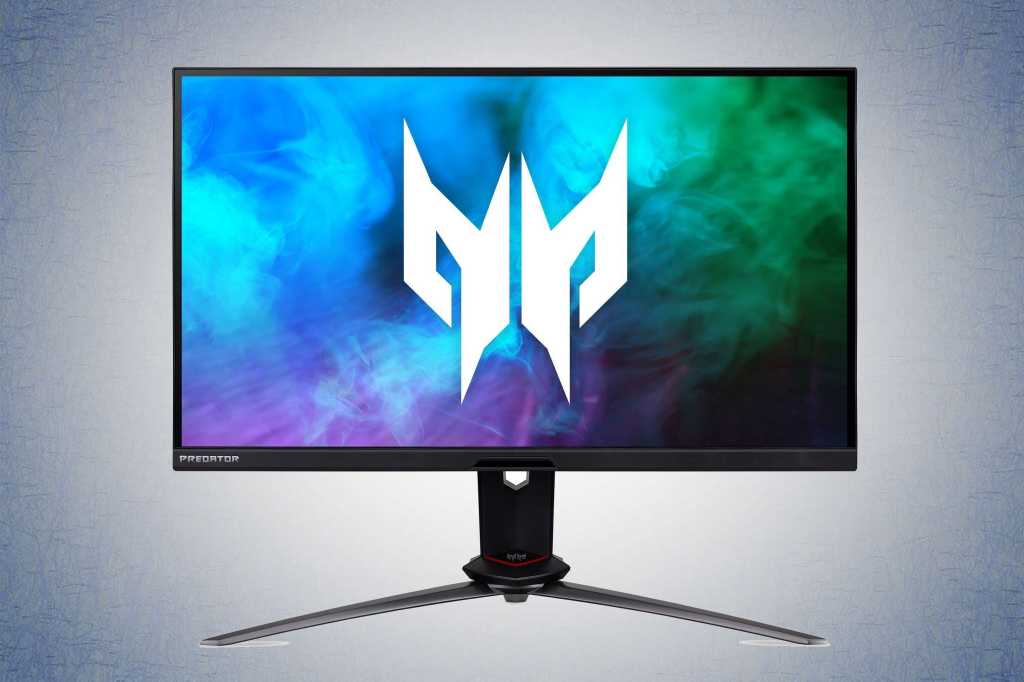 The back of it also looks pretty cool!

This sort of monitor is built for no-compromises twitch gaming, and as such, Acer baked in Nvidia’s new Reflex Latency Analyzer technology. Reflex Latency Analyzer measures how much latency is being added from the various parts of your system—from mouse click to the final frame being drawn—to help you identify hardware that could be holding you back, or just help you evaluate how responsive your games become when tinkering with various graphics settings.

We covered the Latency Analyzer technology in-depth in our look at the Nvidia Reflex suite. Previously, you could only find the Reflex Latency Analyzer in 360Hz, 1080p monitors, and it’s great to see the technology spreading to other types of panels. As an RLA display, Acer’s monitor also includes Nvidia’s G-Sync adaptive sync feature.

The Acer Predator XB273U NX will be available in May for prices starting at $1,100. This sort of cutting-edge display tech doesn’t come cheap.

The 31.5-inch Acer Predator XB323QK NV display features an IPS panel that covers 90 percent of the DCI-P3 color gamut and comes with a VESA DisplayHDR 400 certification. Those 400 nits don’t offer the sort of contrast ratio you’d expect from a proper HDR television, where 1000 nits is the standard, but it should be a pleasurably bright display—and 1000-nit PC displays are very rare and tend to be significantly more expensive. This monitor is also certified by Nvidia as being G-Sync Compatible. That essentially means it’s a FreeSync panel that has passed Nvidia’s more stringent evaluation. The adaptive sync will work with GeForce graphics cards out of the box rather than needing to be enabled manually.

Finally, the Acer Nitro XV282K KV opts for FreeSync Premium instead. It also comes with an HDMI 2.1 port to easily allow next-gen gaming consoles to connect to the IPS display and still enjoy the buttery smoothness of variable refresh rates. It’ll start at $900 when it launches in May.