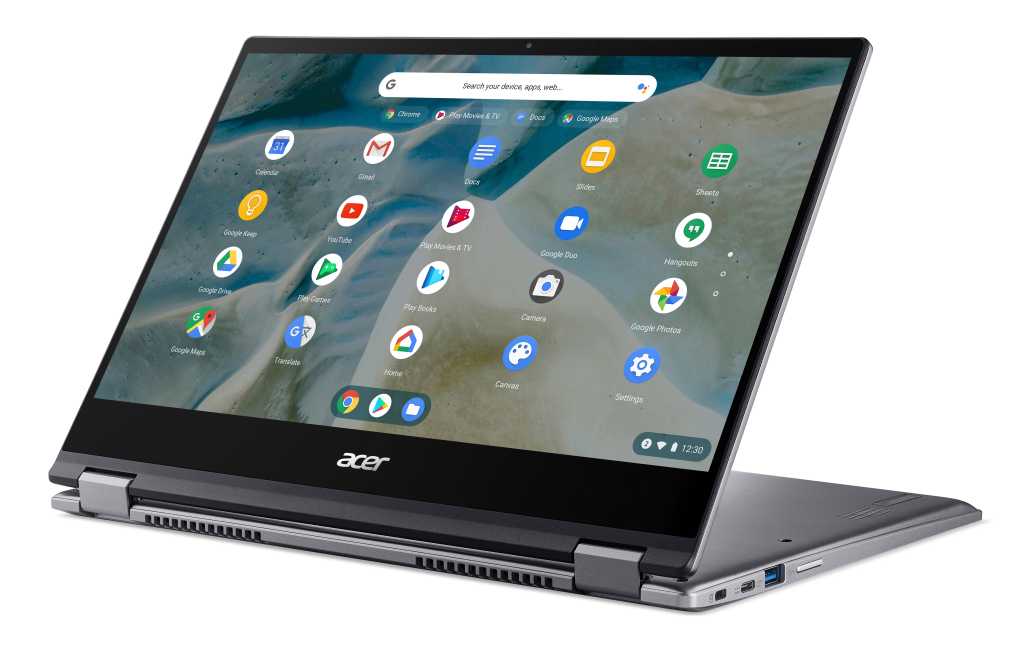 Last September, AMD announced its first Ryzen C-series chips, with the express intent of allowing more customers to develop Chromebooks based upon its Ryzen chips. That experiment has now paid off, as Acer has announced the Chromebook Spin 514, its first Chromebook to use AMD’s mobile Ryzen processors.

Announced ahead of the virtual CES 2021, the $480 Chromebook Spin 514 falls far short of the price commanded by premium Chromebooks, though it still falls within the midrange pricing tier. It will ship in February. There’s a Chromebook Enterprise Spin 514 version as well.

While AMD first entered the Chromebook market with versions of its A-series chips in 2019, the real breakthrough was in 2020, when AMD announced that versions of its Ryzen chips would be designed for the Chromebook market. These C-series Chromebook Ryzens are offshoots of the good Ryzen Mobile 3000 series, not the world-beating Ryzen Mobile 4000 chips. Still, these are Chromebooks we’re talking about, with modest performance demands. (A more complete set of Ryzen C-series specs are in our earlier story.)

Acer’s Chromebook Spin 514 will be based on either the Ryzen 7 3700C or the Ryzen 5 3500C, both APUs that include both the CPU core and integrated graphics. The laptops will boast long battery life—up to ten hours, Acer says—as well as the military-spec (MIL-STD 810H) durability that should allow it to survive drops from up to 48 inches without damage.

Perhaps because of the ruggedness or the battery, however, the Spin 514 is also fairly heavy—about 3.42 pounds. It’s made of anodized, sandblasted aluminum and features a diamond-cut pattern on the top cover and touchpad, Acer says. The 14-inch display is coated with Corning’s scratch-resistant Gorilla Glass, with side bezels that measure a slender 6.1mm for a 78-percent screen-to-body ratio. However, the overall thickness of the Chromebook Spin 514 is a bit chunky: 17.4mm, or about 0.68 inches.

Inside, the specs are almost PC-like: up to 16GB DDR4 DRAM and up to 256GB of integrated SSD storage—plenty of both RAM and solid-state memory. Dual-band Wi-Fi 5 and Bluetooth 5.0 provide connectivity.

While the Spin 514’s keyboard isn’t waterproof, it is backlit. Behind the keyboard and display reside dual mics, the better to make sure you’re understood on video calls as well as by the integrated Google Assistant.

Google hasn’t yet officially listed the support lifespan of the Chromebook Spin 514. An Acer representative said that Google now typically provides eight years of support for new Chromebooks, and that Acer expects the same for the Spin 514.

Here’s what we know of the specs of the Acer Chromebook Spin 514: