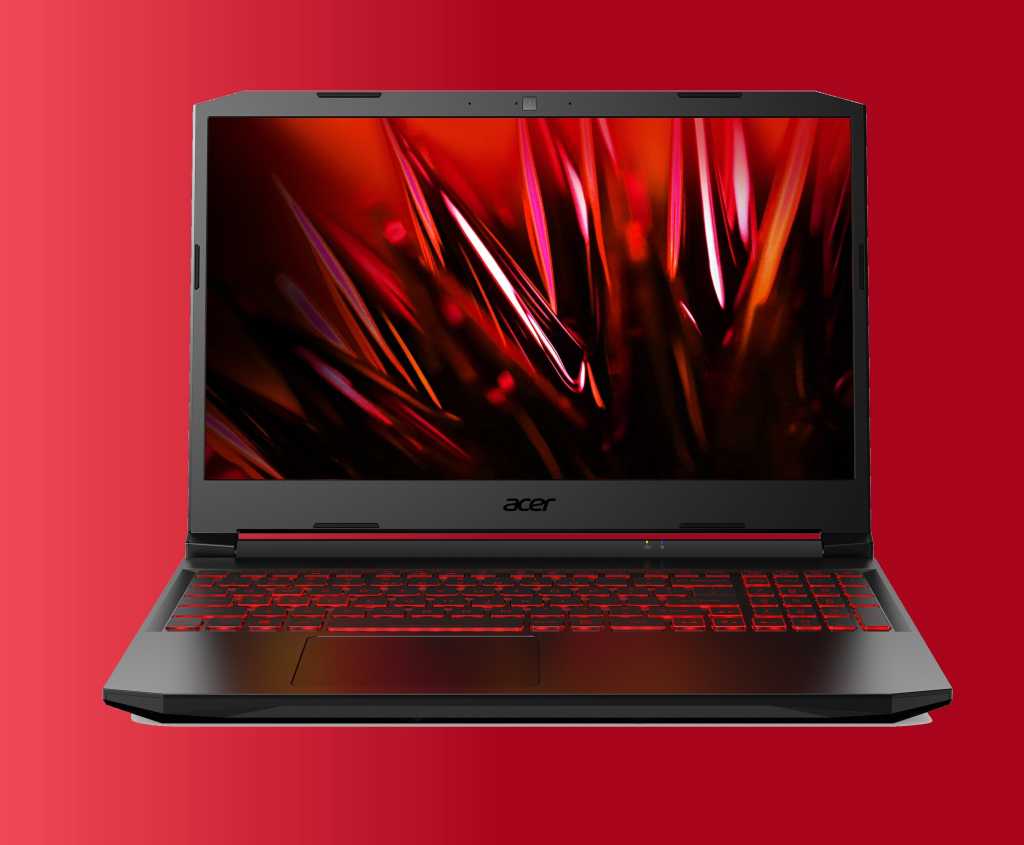 Unlike some vendors who opt to pair Nvidia’s hot GeForce RTX 30-series laptop GPUs with either AMD’s new Ryzen 5000 or Intel’s Tiger Lake H35 chips, Acer has decided to offer them all and let buyers sort it out.

The AMD goodness kicks off with Acer’s Nitro 5 series. The Nitro 5 will come with 15.6-inch or 17.3-inch display options, offering 2560×1440 resolution with 165Hz refresh rates for those want more pixels and a fast refresh rate—or 1080p screens with a blistering 360Hz refresh rate for competitive gamers.

Both laptop sizes will offer two M.2 PCIe slots as well as a 2.5-inch drive bay. RAM options go up to 32GB of DDR4/3200, while networking includes Killer E2600 ethernet and WiFi 6.

Acer says the Nitro 5 will offer up to AMD’s 8-core Ryzen 9 5900HX, which is a higher TDP, fully unlocked CPU. And alongside it Acer will offer up to the GeForce RTX 3080, Nvidia’s new top-end GeForce GPU for laptops.

That’s worth pointing out because Acer’s Nitro 5 officially marks the first AMD Ryzen laptop announced with a high-end GeForce GPU inside. Ever. Although AMD’s Ryzen 4000 was a shockingly fast chip, through all of 2020, it was never paired with anything faster than a GeForce RTX 2060. So yes, AMD fans, the drought is finally over.

AMD fans looking for something lower in cost may want to browse Acer’s Aspire 7 laptop, which will pair a Ryzen 5000 chip along with a GeForce GTX 1650. Weighing about 4.7 lbs, the Aspire 7 will come with a 15.6-inch 1080p screen and support WiFi 6. True Red Team fans who will only buy AMD can do that with the Aspire 5. That notebook comes with an AMD 5000 CPU and a Radeon RX 640.

Before you click on an AMD laptop, Acer offers Intel some love too. One shortcoming with Acer’s affordable Nitro 5 will likely be its bulky body and use of plastics. For people who prefer a premium look and feel (and are willing to pay for it), Acer will offer its new Predator Triton 300 SE, which sheds plastic for metal, and thick for thin.

The fairly light 3.75 lbs. laptop packs a 14-inch 1080pscreen with a fast 144Hz refresh rate and thin bezels. Inside, there’s Intel’s fresh 11th-gen Tiger Lake H35 SE processor that will offer very high clock speeds among its 4-cores, paired with Nvidia’s new GeForce RTX 3060 graphics chip. Since the Predator Triton 300 SE runs on Tiger Lake, you’ll get Thunderbolt 4 as well, which we still haven’t seen anywhere other than on an Intel-based laptop. The Predator Triton 300 SE will ship in March with a starting price of $1,400.

If you want more graphics grunt with an Intel CPU, you’ll have to accept a plastic body, but it may be worth it with Acer’s Predator Helios 300. This laptop marries Nvidia’s powerful GeForce RTX 3080 with a ludicrously fast 240Hz, 15.6-inch screen.

You won’t find an Intel 11th-gen chip inside however, as Acer will stick with Intel’s existing 10th-gen H-class CPUs to power it. Still, Acer’s Predator Helios 300 has long been one of the top selling, if not the top seller on Amazon for a long time based on its outstanding bang for your buck. You likely won’t find the RTX 3080 inside the most affordable version though, which starts at $1,250 when it ships next month.