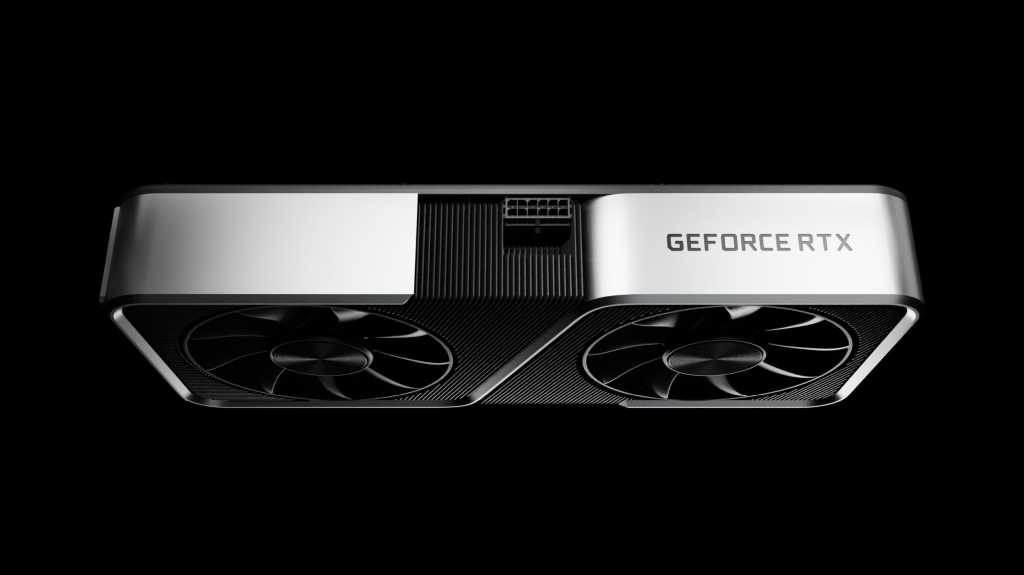 Nvidia held its big “GeForce RTX: Game On” event as part of CES 2021 on Tuesday, and as expected, the company revealed a flood of fresh features and hardware for gamers. Not only did Nvidia unveil mobile GeForce RTX 30-series GPUs for laptops, but it also announced a new GeForce RTX 3060 graphics card for the desktop, an expansion of its Reflex Latency Analyzer displays, and plans to support the performance-boosting PCIe Resizable BAR feature that AMD introduced with the Radeon RX 6000-series as AMD Smart Access Memory.

Oh, and Call of Duty: Warzone and the next Five Nights at Freddy’s game are getting Nvidia’s spectacular DLSS 2.0 technology, with Freddy’s wrapping in real-time ray tracing as well.

Let’s start with the mobile GeForce RTX 30-series GPUs, which will likely be found inside many of the gaming laptops announced at CES alongside AMD and Intel’s newly unveiled notebook processors. Nvidia revealed three mobile chips based on the company’s next-gen Ampere GPU architecture: The GeForce RTX 3080, 3070, and 3060, mirroring what’s available in desktops.

Modern graphics cards are outpacing 1080p resolution, however. Nvidia says it’s been working closely with panel and laptop makers to make 1440p screens more readily available. The two graphics cards already announced in late 2020 were designed to scratch that itch. The 8GB GeForce RTX 3070 is to up 50 percent faster than the RTX 2070 mobile chip it replaces, achieving 90 fps at 1440p. The flagship RTX 3080 hits a claimed 100 fps at 1440p, bolstered by a beefy 16GB of onboard memory.

Interestingly, the CUDA cores counts for these mobile models don’t mirror the desktop versions, breaking the standard that’s been set over the previous few generations. The laptop RTX 3080 wields 6,144 CUDA cores versus nearly 9,000 in the desktop model; the RTX 3070 mobile chip packs 768 fewer cores than its desktop cousin; and believe it or not, the mobile RTX 3060 actually has more CUDA cores than the just-announced laptop version, with 3,840 versus 3,584.

That means the notebook version of the RTX 3080 only offers a few hundred more cores than the desktop 3070, which provides insight into the type of performance levels to expect. Ampere uses big dies cranked to the max on the desktop, but that full-fledged performance seemingly can’t translate wholly over to the world of notebooks, where energy efficiency is paramount.

Nvidia says the third-gen implemention of its Max-Q technology in these new GPUs offer twice the efficiency of past iterations. Note that some of those claims are tied into the DLSS feature that’s available only in select games, making the comparison not as straightforward as it seems. The other Max-Q improvements look very compelling, however, with a second-gen Dynamic Boost that intelligently shifts power between the GPU memory as well as the core CPU and GPU, and an upgraded version of Whisper Mode that uses AI algorithms to tune your components to hit an acoustic level determined by the user. The third-gen Max-Q offering also enables Resizable BAR support, which we’ll detail more later.

Nvidia also teased a new toy for diehard desktop gamers. After flooding the high end with the GeForce RTX 3090, 3080, 3070, and 3060 Ti, the GeForce RTX 3060 finally brings Ampere down to a more affordable price point with a $329 MSRP when it launches in late February—at least theoretically.

In reality, we expect the RTX 3060 to sell out immediately and likely be priced much higher on the street, like we’ve seen with every other next-gen graphics card released so far. Rival AMD declined to reveal more mainstream-priced Radeon offerings during its CES keynote, saying only that mainstream Radeon GPUs will launch in the first half. Meanwhile, Nvidia is set up to sell as many RTX 3060s as it can pump out in the near future.  Fingers crossed there will be abundant supply.

Nvidia revealed scant technical details about the GeForce RTX 3060, but the company claims the card offers twice as much traditional rasterization performance as the beloved GeForce GTX 1060, and 10X the ray tracing performance. (The GTX 1060 doesn’t include dedicated real-time ray tracing cores like RTX-class GeForce cards do). Interestingly, the GeForce RTX 3060 includes an ample 12GB of GDDR6 memory, more than the limited 8GB available in the more powerful RTX 3060 Ti and 3070. It uses a smaller 192-bit bus however. Looks like AMD’s offer of vastly more VRAM in the Radeon RX 6000-series had an effect on Team Green.

The GeForce RTX 3060 product page offers more details, however, comparing the card against the $400 RTX 3060 Ti. It will include 3,584 CUDA cores clocked at a 1.78GHz boost speed. The spec sheet doesn’t detail physical information like size or the connector loadout, but this will be a 170-watt card that should be paired with a 550W power supply. By contrast, the RTX 3060 Ti is a 200W card that needs a 600W PSU.

Nvidia’s last announcement offers a performance upgrade for all PC gamers on modern hardware. Nvidia said its new GeForce RTX 30-series laptop GPUs will support the PCIe Resizable BAR feature that AMD introduced first as Smart Access Memory. The desktop GeForce RTX 3060 and all future products will support it out of the gate as well, while existing RTX 30-series GPUs can grab it via an incoming VBIOS update.

Resizable BAR lets your computer’s processor access the full memory capacity of your graphics cards, rather than limiting it to the usual 256MB chunks. As we saw when we tested Smart Access Memory with AMD’s Radeon RX 6900 XT, the performance gains from Resizable BAR vary greatly from game to game, from GPU to GPU, and even depending on the resolution you’re playing at. Sometimes there’s no uplift: In many scenarios, you may get roughly four or five percent more frames. In certain edge cases (like Assassin’s Creed Valhalla) you may see a double-digit performance improvement.

You need a compatible CPU to activate Resizable BAR. Intel said its new Tiger Lake H35 processors will support the feature, and presumably AMD’s new Ryzen 5000 Mobile chips will as well, since the company’s desktop Ryzen 5000 series introduced the technology. AMD hasn’t confirmed that, but Nvidia says the laptop GPUs work with AMD laptops as well as Intel’s.

Resizable BAR doesn’t offer a substantial performance boost in most cases, but it’s fantastic to see it rapidly becoming a universal feature. Every frame counts.