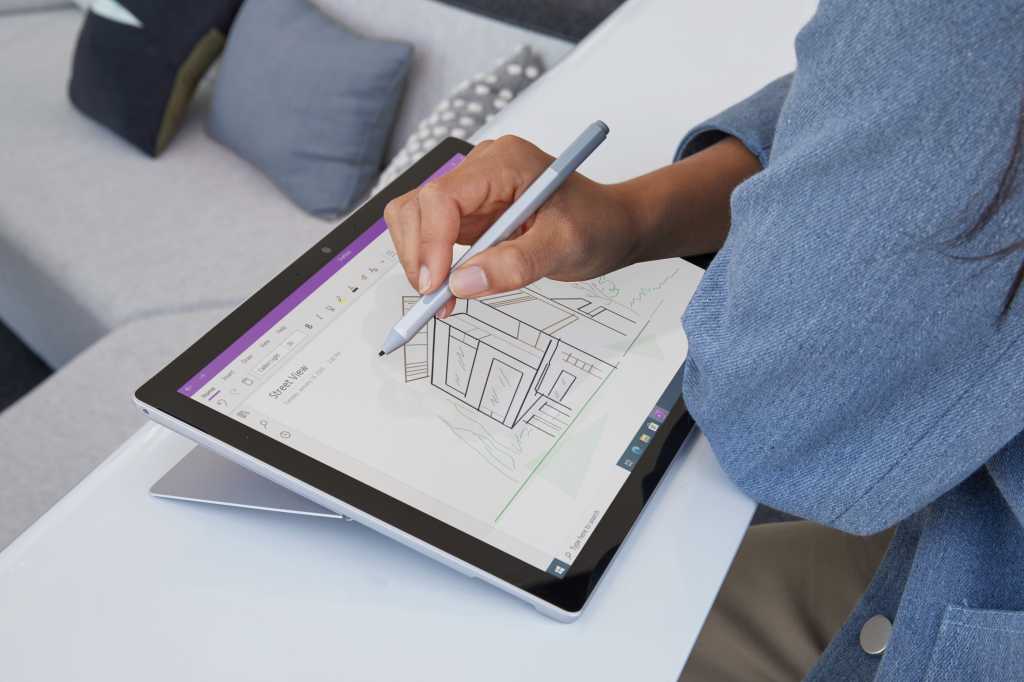 Microsoft will begin taking orders for the Surface Pro 7+, part of the Surface Pro for Business line, on Monday via its business partners. Prices begin at $900. Adding the LTE Advanced option essentially tacks on a substantial premium, with the option only available on more powerful configurations whose price begins at $1,150. Neither price factors in a Signature Type Keyboard and Surface Pen, which cost about $160 and $100, respectively. Matte black and platinum color options are available.

The Surface Pro 7+ name is appropriate, as the Surface Pro 7 included Intel’s 10th-gen Ice Lake processors but was otherwise just a spec bump from its predecessor. With the Surface Pro 7+, Microsoft is not only upgrading the internal components, but adding the LTE option off the bat, something that it hasn’t always done. (Unfortunately, 5G isn’t yet included.) The only apparent physical changes is the SSD drawer.

Microsoft positioned the design of the Surface Pro 7+ as at least a partial response to the pandemic, which has forced many of its customers to work from home and adapt to what you might call extraordinary working conditions. For one, Microsoft said that customers have been forced to move around their homes unexpectedly, and work from odd setups; the unexpected demands of Zoom/Teams calls, downloads, and other loads on a home wireless network has made offloading the wireless data burden to a cellular network a convenience, if not a priority.

Internally, users will have a choice of buying versions of the Surface Pro 7+ with either a dual-core Core i3-1115G4 processor, or two quad-core options: the Core i5-1135G7 and the Core i7-1165G7. A change no one will mind: Mircosoft has retired the 4GB RAM option, offering 8GB, 16GB, and a new 32GB LPDDR4x memory option.

Users are now accustomed to “camera to camera is the new face to face,” added Robin Seller, the corporate vice president of Microsoft Devices, in a blog post. The new emphasis on videoconferencing has turned the high-resolution cameras built into the Surface Pro 7 and the new 7+ from luxuries to essentials. The 5MP user-facing camera and an 8MP rear camera both capture 1080p video, and a pair of far-field mics to pick up your voice. It appears that the Surface Pro 7+ speakers have been upgraded to use Dolby Atmos audio technology, which has also been used on the Apple iPad Pro and Amazon Fire HD 10.

Somewhat ironically, the new Tiger Lake processors theoretically offer the new Thunderbolt 4 port option. But Microsoft, which pioneered the high-speed I/O dock with the Surface Dock and its successor, the Surface Dock 2, still chooses to use its own Surface Connector.

Because the Surface Pro 7+ is a Microsoft Surface for Business device, it ships only with Windows 10 Pro. Microsoft 365 apps come standard, with a 30-day trial period before requiring a license.