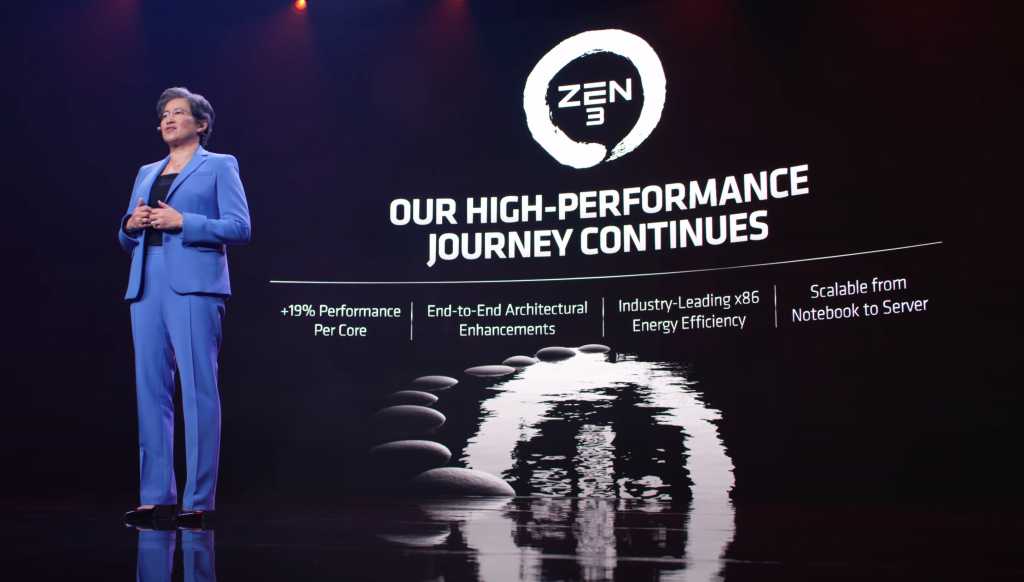 Amid the fanfare over AMD’s new Ryzen 5000 Mobile chips, you might have missed one important detail: Some of the new CPUs use older technology, and it’s hard to tell which ones they are.

The majority of AMD’s Ryzen 5000 Mobile family of chips are built around the company’s Zen 3 architecture—the same architecture underlying the latest Ryzen 5000 desktop processors, which we called the “best consumer CPU we’ve ever seen.” However, a small group is based on the older Zen 2 architecture instead. While there’s nothing inherently wrong with that—the Zen 2-based mobile Ryzen 4000 series crushed Intel’s H-series processors in our earlier tests—the fact that AMD isn’t labeling them as such is like finding out the bottle of champagne you just bought is actually filled with beer.

We’re going to fix that. We don’t want you to read the upcoming reviews of notebook PCs built around Ryzen 5000 Mobile chips, most likely based on the best and brightest offerings, and come away thinking that all the chips will blow the doors off. In fact, AMD has already revealed significant performance differences between the Zen 3-based and Zen 2-based chips.

Three Ryzen Mobile 5000 processors use the older Zen 2 architecture—again, without any branding or signifying labels: the Ryzen 7 5700U, the Ryzen 5 5500U, and the Ryzen 3 5300U. All are members of the five “U-series” Ryzen processors AMD has aimed at mainstream PCs. No Zen 2 chips are among the eight H-series Ryzen Mobile 5000 chips for gaming laptops.

But the performance differences are there. Take, for example, AMD’s own performance estimates of the 5500U versus the 4500U, as seen in AMD’s chart below.

Here’s how the percentages compare, from generation to generation. We’ve noted for each comparison whether the 5000-series chip is Zen 2 or Zen 3:

Clearly, buying a Ryzen 5000 Mobile part based upon the Zen 3 architecture offers significant improvements over the prior generation. The Zen 2 chips? Not so much.

If you’re carefully evaluating a new laptop, you might be in a situation to identify this gotcha before it occurs. But consider the scenario of a few weeks ago: Shopping season is in full swing, and purported bargains are being thrown at you left and right, some with countdown clocks to pressure you to make a decision. Will shoppers take the time to determine whether they’re getting AMD’s latest and greatest, or an older part dressed up to look like something new?

Our conclusion from our earlier story remains unchanged. If you’re shopping for a Ryzen 5000 Mobile laptop, read the spec sheets carefully before making a decision.