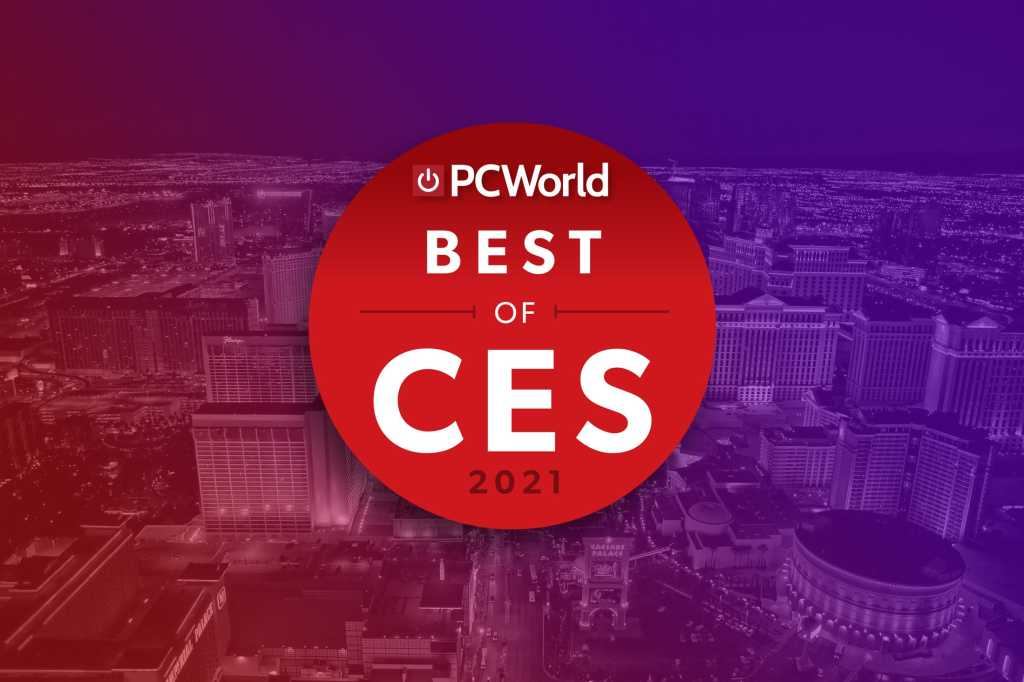 CES 2021 was virtual, but the parade of PC hardware went on regardless. Big names AMD, Intel, and Nvidia all made splashy announcements, and PC manufacturers followed in their wake with new products, many coming soon.

No time to sift through all our CES coverage? No problem! Read on for our Best of CES picks—the most intriguing and innovative products we saw.

Last year you couldn’t find a high-end gaming laptop with a Ryzen CPU In it to save your life. This year the tables are turning, with probably a dozen different designs announced or in the works.

That should confirm the confidence laptop makers have in AMD’s Ryzen 5000 Mobile, based on the award-winning Zen 3-based Ryzen 5000 desktop chip. While we don’t have independent testing yet, we expect it to dominate in multi-core performance and take the lead in single-core performance. —Gordon Mah Ung

Intel’s 11th-gen Tiger Lake CPU has been a legitimate ray of light in a Ryzen-clouded sky. Featuring improved efficiency, high clocks, and leading integrated graphics, we’d honestly say Tiger Lake was the best CPU for what people do in a small laptop.

With Tiger Lake H35, we think Intel may have found a sweet spot, promising up to 5GHz clock speeds in laptops that aren’t quite thin-and-light but weigh far less than your typical gaming laptop. It probably won’t win any races with AMD’s new Ryzen 5000, but it’s likely to offer lots of speed for what most people do. —Gordon Mah Ung

Among the many goodies Nvidia announced at CES, the $329 GeForce RTX 3060 desktop graphics card deserves to be highlighted because it gives mainstream gamers a next-gen graphics option that doesn’t require a second mortgage (although spiking custom card prices won’t help).

Better yet, the GeForce RTX 3060 includes an ample 12GB of GDDR6 memory—more  than any other graphics card in the Ampere lineup shy of the flagship RTX 3090. (You can thank AMD’s Radeon cards for forcing Nvidia to be more generous.) Either way, the affordable GeForce RTX 3060 should be a hit when it launches in late February. —Brad Chacos

Nvidia’s mobile GPUs have never been challenged, and the company keeps innovating. Just four months after its desktop 30-series chips launched, we have the mobile version. We saw it in essentially every single gaming laptop released at CES, and it should give us performance and efficiency we’ve never seen before in the mobile space. It’s no surprise, but the GeForce RTX 30-series stands up as clearly one of the best technologies at CES. —Gordon Mah Ung

The Asus ROG Flow X13 offers a unique take on RTX 30-series laptops coming out of CES. Rather than trying to cram a powerful GPU into its slender chassis, Asus opted for a slender laptop paired with a semi-proprietary external GPU called the XG Mobile.

This offers a win-win-win for laptop gamers. When not gaming the ROG Flow and its GTX 1650 weighs 2.8 pounds and should be easy to carry around for work purposes. But when you want to game, you plug in the 2.2-pound XG Mobile and enjoy the full performance of a mobile RTX 3080 without any concerns about thermal throttling. —Adam Patrick Murray

The HP Elite Dragonfly Max is a corporate laptop made for the times we live in, when everyone is working remotely and staring into their webcams for hours on end in videoconferences. For remote work, the laptop weighs about 2.5 pounds, and it sports a 360-degree hinge for versatility as you move your workspace from desk to kitchen counter to sofa to rug. For videoconferencing, it offers high-res cameras, extra mics, and AI-enhanced audio features.

As a corporate laptop, it’s equipped with extra security and performance features, plus an integrated Tile module for trackability. It’s also one of the coolest-looking laptops we’ve seen, with a choice of iridescent blue or black shell, and gorgeous display options.

But what really helped the Legion 7 stand out among all the other Legion gaming laptops Lenovo announced is its RGB lighting, which has now spread beyond the keyboard and chassis ring to laptop’s exhaust vents. How cool is that? —Melissa Riofrio

With a quad-core Tiger Lake H35 and a GeForce RTX 3060 Max-Q GPU, the 3.7-pound MSI Stealth 15M isn’t going to win any drag races against laptops with more cores or fatter GPUs. But for a lot of us who just want the right amount of CPU performance and GPU performance, MSI’s Stealth 15M is on our short list. —Gordon Mah Ung

Many, many gaming notebooks will roll out featuring Nvidia’s latest 30-series mobile GPUs, the Razer Blade 15 and Razer Blade Pro 17 among them. And while Razer’s promotional images of both look amazing, it’s the sheer variety of display options that catch our eye. Razer allows customers to choose from 1080p, 1440p, and 4K, all at high refresh rates. The sweet spot? A 165Hz, 1440p display option paired with a GeForce RTX 3070. Count us in. —Mark Hachman

Display technology rocked at CES 2021: We saw the first wave of (pricey) HDMI 2.1 monitors, the rise of 1440p screens on notebooks, and ultra-fast refresh rates becoming the norm on gaming laptops. The highlight for me was Acer’s Predator XB273U NX. Its 1440p resolution is PC gaming’s sweet spot right now, offering a tangible visual upgrade over 1080p without requiring a $500-plus graphics card to power it. You may still want a potent GPU for this monitor, however, because its refresh rate is a blistering 265Hz with a mere 0.5-second grey-to-grey response time. It’s fast.

The cherry on top is that this is a G-Sync Esports panel, which means it includes Nvidia’s awesome Reflex Latency Analyzer to help you fine-tune your rig or your games for maximum responsiveness. It’s an essential tool if you’re an esports pro, where every millisecond can make the difference between victory or defeat.

All that cutting-edge technology doesn’t come cheap: The Acer Predator XB273U NX will cost $1,100 when it hits the streets in May. —Brad Chacos

Given the response that Razer’s “Project Hazel” N95 mask received, this concept (which may or may not be produced) was the unexpected star of the show. It’s a potent combination of sanitation (N95 filters and a self-sanitizing case!) utility (a transparent face mask and voice amplifier) and style (RGB!!), in a product category being worn by pretty much everyone in the country. —Mark Hachman