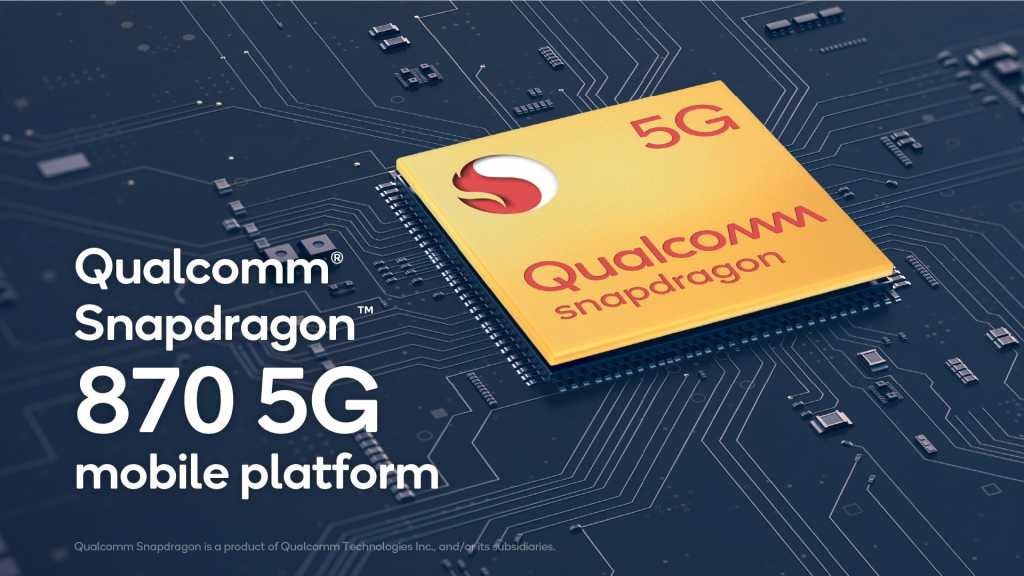 Roughly a month after launching the Snapdragon 888 for next-gen smartphones, Qualcomm decided to go back to its earlier Snapdragon 865 to tweak it once again, resulting in the upgraded Snapdragon 870. The only gotcha? A lack of Wi-Fi 6E.

In a nutshell, the new Snapdragon 870 is a faster version of the original Snapdragon 865. Qualcomm corralled a number of its partners to endorse the new 870 chip, including OnePlus. Devices based on the Snapdragon 870 will be released this quarter, Qualcomm said.

Tweaks to existing Snapdragon processors aren’t unusual; after all, last July’s Snapdragon 865 Plus was the first time Qualcomm tweaked the Snapdragon 865. The 865 Plus dialed up the Kryo CPU’s clock speed, as well as the speed of the Adreno 650 GPU. By contrast, the 870 simply nudges to the Kryo CPU clock speed, from 3.1GHz to the new 3.2GHz clock speed. And that’s all, according to Qualcomm.

However, the Snapdragon 865 Plus used the FastConnect 6900, the name of the Snapdragon’s Wi-Fi/Bluetooth model. The 870 uses the FastConnect 6800. The difference, as noted above, is the lack of Wi-Fi 6E—which lassos the 6GHz frequency band the U.S. government freed up last year and creates a third frequency band for high-speed communication, alongside 2.4GHz and 5GHz.

Last year, Qualcomm announced a series of mesh-networking chipsets that use Wi-Fi 6E, specifically as a “clean” backhaul between the routers, unsullied by other devices trying to access the 6GHz band. While it’s possible Qualcomm eliminated Wi-Fi 6E from the Snapdragon 870 specifically to avoid overcrowding its mesh networking backhaul, we really don’t know; we reached out to Qualcomm and didn’t hear back by press time.

The Snapdragon 870 was endorsed by a number of Qualcomm customers: Motorola, OnePlus, Oppo, iQOO, and Xiaomi. While none of the vendors announced specific phones based on the new Snapdragon 870, it’s a pretty safe bet that some are in the works.