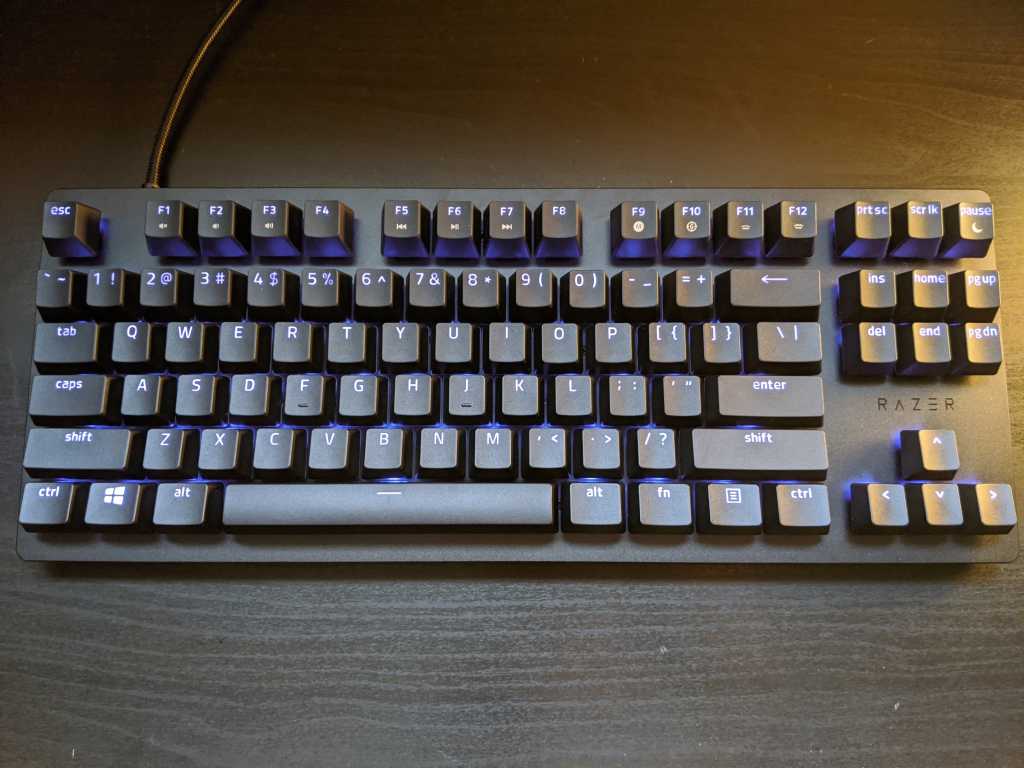 It’s Friday, and that means there’s a full weekend of gaming ahead. We’ve spotted a couple of nice deals on Razer peripherals at Amazon that will round out any gamer’s setup. First up is the Razer Kraken headset for $40, the all-time low and well under the usual $60 to $70 this headset sells for. And the Razer Huntsman Tournament Edition Tenkeyless keyboard is $90, another all-time low down from its usual $130.

We haven’t reviewed the basic model in Razer’s Kraken line, but we generally like Kraken headsets. This Kraken packs 50 millimeter drivers and has a 3.5mm jack, making it compatible with PCs and consoles alike, complete with 7.1 surround sound support on the PC. It also has a retractable noise isolating microphone, and Razer added cooling gel-packed cushioning to prevent toasty ears. If Amazon runs out, Best Buy is also selling this headset for $40Remove non-product link.

We reviewed the Razer Hunstman Tournament Edition Tenkeyless keyboard in late 2019, giving it 3 out of 5 stars. “The Huntsman TE is one of the few keyboards that checks all the boxes…tenkeyless, backlit, PBT keycaps, and optical switches,” we said in our review. It’s a good keyboard, though the linear optical switches may not be what mechanical switch fans are looking for. Still, it’s a nice portable keyboard available for a fantastic $40 off today.