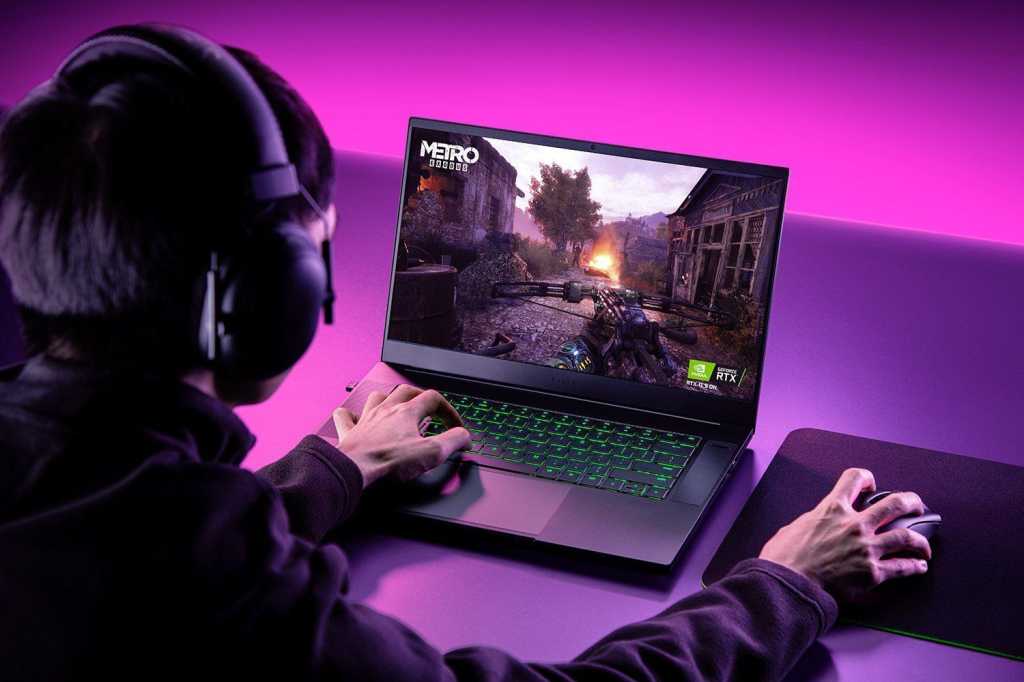 Nvidia’s next-gen graphics have finally arrived in notebooks, and as you can see in our GeForce RTX 3080 laptop GPU review, the mobile version of Team Green “Ampere” architecture spits out frames at blazingly fast rates. But the performance you get from mobile RTX 30-series graphics chips won’t necessarily be equal, even between two laptops with the same hardware inside.

One GeForce RTX 3070 laptop might not be as fast as another, for example. And it’s even possible that in some cases a slower GPU could theoretically be faster than pricier models. Yes, you might (might) see a GeForce RTX 3070 laptop that can match or possibly outperform an RTX 3080 laptop in some games, though we’ll need to see more reviews trickle in before we can state that definitively. Regardless, you’re going to want to do a lot more homework than before when you’re shopping for a gaming laptop.

It’s all because of some fundamental changes Nvidia made with the specifications for the GeForce RTX 30-series mobile GPUs. Here’s what you need to know.

Before we dig deeper into wattage and clock speeds—the real thing to look for in Nvidia gaming laptops now—it’s worth noting that these GeForce RTX 30-series GPUs aren’t the same ones found in desktop graphics cards. The laptop versions of the RTX 3060, 3070, and 3080 don’t have the same number of CUDA graphics cores as the desktop models.

That’s a big change from the last two generations of Nvidia’s mobile chips. In the GTX 10-series and RTX 20-series, the laptop versions of the GPUs were identical to their desktop siblings, but simply tuned to draw less power and hit lower clock speeds. No more.

Nvidia didn’t tweak the mobile RTX 30-series GPUs in an ordered way, either. The mobile GeForce RTX 3080 takes a massive hit compared to the desktop version, shedding well over 2,500 CUDA cores. On paper, the RTX 3080 found in gaming laptops has a lot more in common with the RTX 3070 desktop card. The mobile RTX 3070 took a sizeable but not-quite-as-ludicrous hit to its own CUDA core count, while the notebook version of the RTX 3060 actually has more cores than the desktop graphics card. Madness.

These are still great mobile graphics options, don’t get me wrong. Just don’t expect the same performance out of a five-pound gaming laptop with a cut-down version of the RTX 3080 that you’d get from a hulking triple-slot RTX 3080 desktop card. If you want to know more, our GeForce RTX 3080 laptop GPU review dives deeper into the differences.

Wattage and the muddying of Max-Q

The bigger issue for buyers is the extreme flexibility that laptop makers have when configuring an RTX 30-series GPU inside their offerings. As you can see in the chart above, the minimum and maximum GPU subsystem power limits vary wildly for each GPU, as do the available clock speed options. Those are interrelated, as the amount of power pumped into a GPU heavily affects clock speeds and overall performance. But laptops need cooling systems capable of dissipating the heat that comes from that, which is the reason Nvidia allows the wide range of configurations available per GPU. Rating the GeForce RTX 3080 mobile chips for 80 watts to 150+ watts lets the chip slip into thin-and-light laptops and hulking desktop replacements alike.

None of that is new. Chip vendors and laptop makers have been balancing raw performance, better efficiency, and cooling needs for years. Notebook design matters. But the issue is that now, you won’t necessarily know what sort of ballpark performance to expect when you buy a laptop with a given GeForce RTX 30-series GPU inside.

Nvidia even retired the Max-Q sub-brand as it typically applied to GPU names, removing another signal of mobile- vs. desktop-class performance. Nvidia introduced its Max-Q technology for the GTX 10-series notebook chips, the first that matched the CUDA core count of their desktop namesakes. Max-Q versions of GeForce chips had their wattage reduced to greatly increase their energy efficiency, enabling the creation of small, portable gaming laptops that are common today, but were unicorns back then.

Those are all great, welcome technologies to be sure. But muddying up what Max-Q means without providing another way to signal lower-clocked GPUs now makes it much harder to shop for a gaming notebook.

Which gaming laptop is better?

Now that Max-Q isn’t just a signifier for a GPU’s power draw anymore, you won’t see “Max-Q” after the GPU’s name in an RTX 30-series laptop even if the creator lowered the wattage and clock speeds. You’ll only see RTX 3060 laptops, RTX 3070 laptops, and RTX 3080 laptops.

Does the gaming notebook you’re considering buying have a much weaker 60W version of the RTX 3060 chip in it, or the full-blown 115W configuration with maxed-out clocks? Something in between? Which is faster in esports games, a 125W version of the RTX 3070 or an 80W GeForce RTX 3080 laptop? Can an RTX 3080 notebook game at 4K like the desktop graphics card? What if it’s a full-fat 150W-plus model?

You knew a GTX 2070 Max-Q laptop generally wasn’t as powerful as a standard GTX 2070 laptop. Now it’s more of a crapshoot unless you perform extensive research on specific models beforehand.

For its part, Nvidia is encouraging—but, notably, not requiring—its laptop partners to list the total graphics power (TGP) rating for a chip. “We strongly encourage OEMs to list clocks and other technologies a laptop supports, including Advanced Optimus, Dynamic Boost 2, and more,” the company told Hot Hardware. “Ultimately, like all laptop features and specs, it is up to the OEM to market what their particular laptop configuration supports.”

Once you have a notebook in your hands, determining its mettle shouldn’t be hard. “To be more transparent about a laptop’s exact capabilities, RTX 30 Series laptops now show more information than ever, listing exact TGP, clocks and features supported,” Nvidia said. “You will find this in the control panel which now reports maximum power (TGP+Boost), and support for key features including Dynamic Boost 2, WhisperMode 2, Advanced Optimus, and others, all of which fall under the Max-Q umbrella.”

Reviews matter more than ever

That’s only helpful after you buy a GeForce RTX 30-series gaming laptop, though. We haven’t seen any examples of vendors listing their laptop GPU’s TGPs and clock speeds online despite Nvidia’s claimed encouragement—not even on Nvidia’s own website. That’s a bummer. Chunkier gaming laptops with beefed-up cooling solutions tend to use the more powerful iterations of a GPU, but that’s not always true.

If you can’t find TGP and clock speed info for your desired GeForce RTX 30-series gaming laptop online, you’ll need to lean on formal reviews—like our GeForce RTX 3080 mobile GPU review, which was tested on a Gigabyte Aorus 17 notebook—or reports from other users to figure out exactly what you’re getting. Hopefully a website or Reddit thread will pop up listing these details as notebooks start trickling out, especially since Nvidia includes that information in its software control panel. Our roundup of the best gaming laptops will be helpful once we’ve reviewed more models.

But for now, shop smart: One GeForce RTX 3070 laptop may perform very differently from another—and in the right form, a 3070 machine could potentially even go toe-to-toe with an energy efficient 3080 notebook. It’s complicated.

Oh, and Nvidia offers the GeForce RTX 3080 mobile chip with either 8GB or 16GB of memory. Good luck out there.