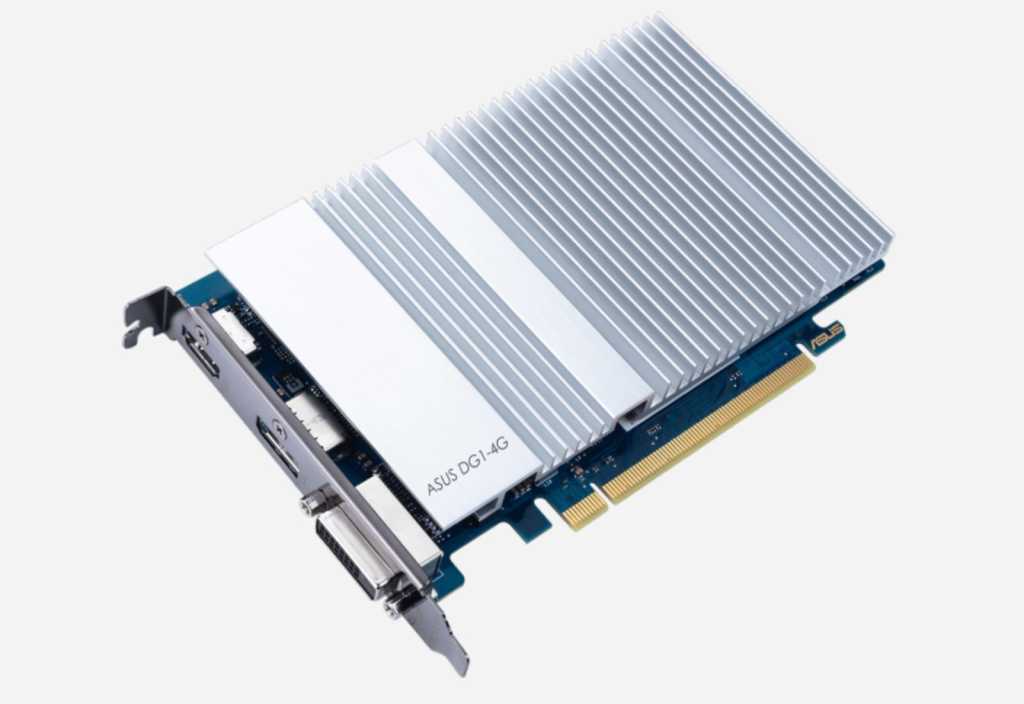 Either the GPU shortage really is that bad, or maybe Intel’s DG1 is really that good, because the company announced Tuesday morning that its first-generation Iris Xe desktop graphics cards is shipping to partners.

The company said its Iris Xe, previously codenamed DG1, will be sold to system integrators—basically PC companies smaller than OEMs such as Dell and HP—who will use the graphics cards in PCs aimed at mainstream users as well as small- and medium-sized businesses.

Iris Xe is basically the same part as the Irix Xe Max GPU that’s being sold in a limited number of laptops after originally being previewed on desktop PCs as the developer-only DG1 graphics card at CES 2020. Intel created the desktop DG1 to help developers get their feet wet in making applications and games for Intel’s upcoming (and hopefully more powerful) Xe GPUs.

Intel said it and “its partners saw the opportunity to better serve the high-volume, value-desktop market with improved graphics, display and media acceleration capabilities.”

The company said two partners will sell the cards to system integrators, one of which is Asus. The final card (shown at top) is much less complicated than the DG1 developer version, which was actually fairly attractive with its aluminum shroud.

Intel doesn’t push Iris Xe as a gaming card, but the company has shown the Iris Xe Max duking it out with the lowly Nvidia GeForce MX350. The Iris Xe Max in laptops features 96 execution units while the desktop Iris Xe will step down to 80 EUs, so gaming expectations need to be tuned.

It’s the GPU’s other features that could shine brighter. Intel’s Hyper Encoding, for example, would take advantage of multiple encoders in the Iris Xe and, say, your 11th-gen Core CPU with integrated Iris Xe graphics to outperform a much faster gaming GPU at encoding.  Intel’s Deep Link concept would use the combined AI of an Iris Xe and an 11th-gen CPU as well.

The card also supports AV1 decode, a relatively new feature found only in the latest GeForce and Radeon GPUs as well as Intel’s 11th-gen laptop CPUs. Iris Xe graphics cards will feature 4GB of RAM but the type is unknown. The mobile version runs LPDDR4X but the original DG1 developer cards were said to have GDDR6.

As the DG1 is a standard PCIe graphics card, we had hopes that it could be used as a way to enable access to Intel’s QuickSync or DP4a support on any desktop—perhaps as an secondary accelerator on a Xeon, Core X or even Ryzen-based system. Unfortunately, Intel says for a DG1 to work, it will need a B460, H410, B365, H310C chipset as well as a BIOS that enables support and will be paired with 9th gen and 10th gen parts.

To be honest, that makes the utility of the DG1 actually even less useful for someone looking for a GPU–but for a mainstream, business box it’s probably fine. At this point, we have more questions than answers.