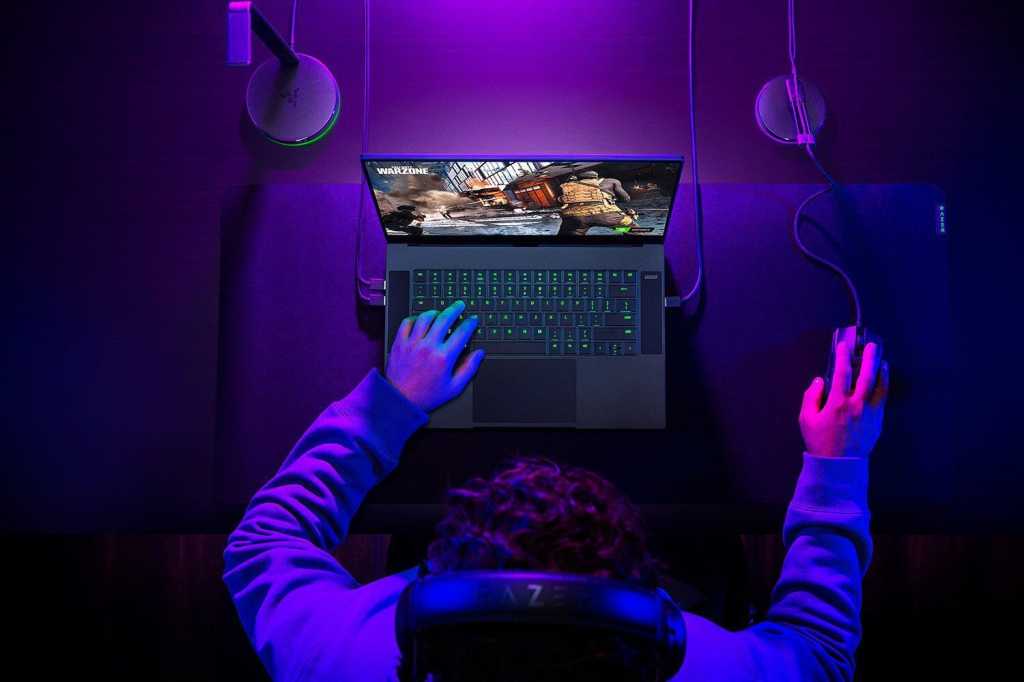 Nvidia’s new GeForce RTX 30-series laptops are finally here, and while they’re no longer equivalent to their identically named desktop cousins, this new breed of GPUs is still formidable, as our RTX 3080 mobile review proves. Even better? Unlike desktop graphics cards, you can actually buy them!

Well, some of them. Most of the GeForce RTX 30-series we’ve spotted so far come paired with Intel’s potent, yet older 10th-gen Comet Lake H gaming processors. New AMD Ryzen 5000 Mobile and Intel Tiger Lake H35 gaming processors were announced at CES 2021, but they’re not widely available quite yet—though you’ll find a few listings scattered below.

For now, however, if you want an RTX 30-series laptops in your hands, you mostly have to go with 10th-gen Intel. Good thing those chips still rock for gaming. On the plus side, you’ll have several GPUs to choose from, as the GeForce RTX 3060, 3070, and 3080 are all available.

Shopping for a gaming laptop is harder now because of some fundamental changes Nvidia made with the RTX 30-series. Fortunately, the company changed policies shortly after these laptop GPUs released and manufacturers must now include crucial power or clock speed info to let you know how hard they’re pushing these machines. Parsing those raw technical specs can still be difficult for many so we’ve penned a guide explaining how to tell which RTX 30-series notebooks are more powerful. Nonetheless, at a time when desktop graphics cards are impossible to find and inflated to incredible prices in the rare times you can, we felt it worthwhile to pull together a list of some of the RTX 30-series laptops you can buy right now.

All of the models in the non-comprehensive list come with drool-worthy, ultra-fast displays, and most were in stock at the time of writing, though availability fluctuates. Feel free to hit any link for even deeper configuration info. Let’s dig in.

Asus is one of the few laptop makers aggressively rolling out RTX 30-series gaming notebooks with potent Ryzen 5000 mobile chips inside. Two laptops are already available with AMD’s CPU and Nvidia’s GPU: The surprisingly slim Asus ROG Flow X13 we reviewed and love, which costs $3,300 at Best BuyRemove non-product link when paired with its powerful ROG XG Mobile RTX 3080 dock, and the $2,000 ROG Zephyrus G15Remove non-product link. The G15 is the sequel to last year’s excellent Zephyrus G14, our favorite portable gaming laptop of 2020, and comes with the following hardware:

We haven’t formally tested it yet but on paper, the Zephyrus G15 offers massive bang for buck compared to Intel-based RTX 30-series laptops. This notebook packs one of AMD’s most potent Ryzen 9 chips and Nvidia’s flagship RTX 3080 for $2,000. Comparable Intel-based RTX 30-series laptops typically include an older 10th-gen Core processor and slower RTX 3060 or 3070 GPUs. Note that neither of Asus’s notebooks include a webcam, however. Get with the times, ROG! You can buy a standalone 1080p webcam for cheap if you need one though.

Gigabyte’s most affordable RTX 30-series laptops start around $1,500 and come with the RTX 3060. The company’s entry-level models in its two major gaming laptop brands offer similar specs under the hood, with 10th-gen Core processors, 16GB of memory, 512GB SSDs, 15.6-inch displays, and that coveted GPU, but differ in their panel options: The $1,500 Aorus 15G comes with a blazing fast 240Hz 1080p screen, while the $1,700 Aero 15Remove non-product link includes for a much more pixel-dense, yet lower-speed 4K option.

A beefier version of the Gigabyte Aorus 15G costs $1,800 at NeweggRemove non-product link. Here’s what you get for your cash:

Gigabyte also offers several Aero options, including the $2,200 for the Aero 15Remove non-product link with an RTX 3070 inside and culminating in a beastly $3,700 Gigabyte Aero 17Remove non-product link. For your cash, you’ll get an RTX 3080 paired with Intel’s ferocious Core i9-10980HK, 64GB of memory, 2TB of fast PCIe SSD storage, and a factory calibrated 4K display.

The $1,799 MSI GP66 LeopardRemove non-product link is the same price as the Gigabyte Aorus 15G discussed previously, but a bit more modestly spec’d out. The overall experience matters greatly for laptops but the Gigabyte notebook definitely offers more bang for your buck on paper. Both wield the RTX 3070 mobile chip, though.

Here’s what’s inside the Razer Blade 15 Base Edition, aside from those differing display configurations:

Cutting-edge GeForce RTX 30-series laptops are only just starting to hit our test bench, but be sure to check out our guide to the best gaming notebooks for concrete recommendations as time goes on. Until then, the guide offers buying advice that can help you navigate the somewhat confusing world of laptop specs and configurations. Good luck!