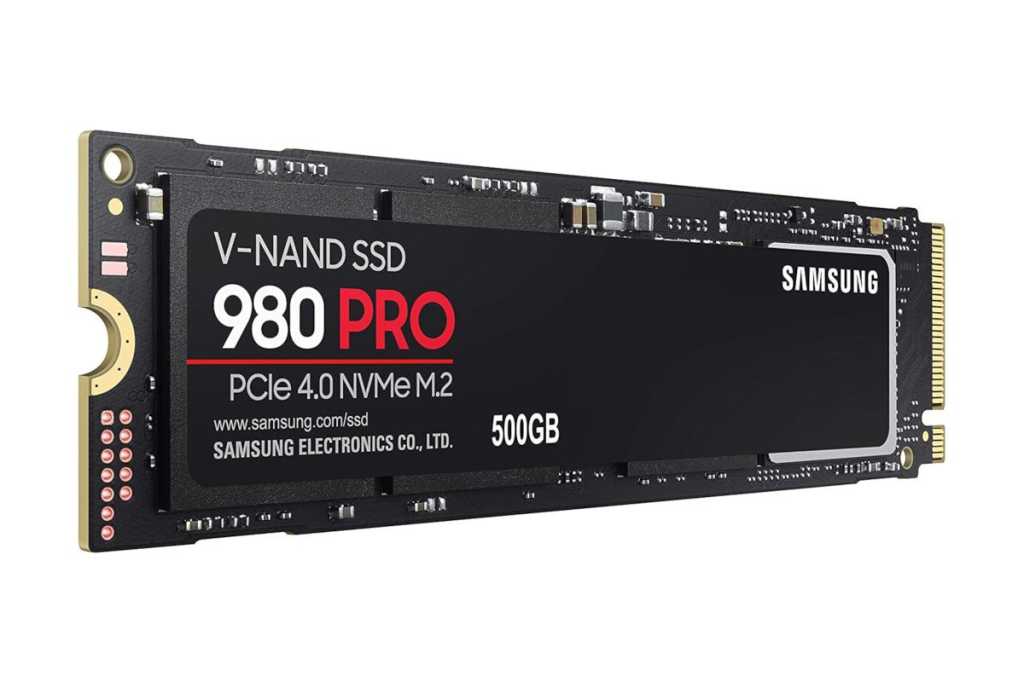 Everybody knows that SSDs are fantastic, and everybody who knows SSDs also knows that Samsung’s drives are especially good. Today only, Amazon is offering flat-out fantastic deals on two of the company’s highly rated NVMe M.2 drives. The 500GB Samsung 980 Pro is  $112, down from $140 and the all-time low, while the 250GB Samsung 970 EVO Plus is $48 instead of $60-$70, good for another all-time low.

Other capacities for each drive are also available at a steep discount today, though not necessarily at historic lows. These sale prices end just before midnight Pacific time on Thursday evening.

We reviewed the PCIe 4-compatible Samsung 980 Pro in September, giving it 4.5 out of 5 stars and an Editors’ Choice award. “The Samsung 980 Pro is the NVMe SSD you want—if you’re rocking PCIe 4 (Ryzen-exclusive as of this writing). For more common PCIe 3-equipped systems, it’s still a great drive, but not significantly better than the lower-priced competition,” we said. Most people still have PCIe 3 motherboards in their PCs, but given today’s price drop, we think this drive is well worth a look regardless of what sort of system you’re on. That’s especially true if you hope to upgrade to a PCIe 4 board in the next year or so.

As for the 970 EVO Plus, we also reviewed that drive, giving it 4 out of 5 stars. “The Samsung 970 EVO Plus is faster and cheaper than the 970 EVO Pro, and easily one of the better performers in the low end of the market,” we said. Even better, this drive comes with a five-year warranty, as does the Samsung 980 Pro.

In addition to these two SSDs, Amazon’s 24-hour Samsung storage sale includes a 256GB full-size SD card for $32, down from $40.