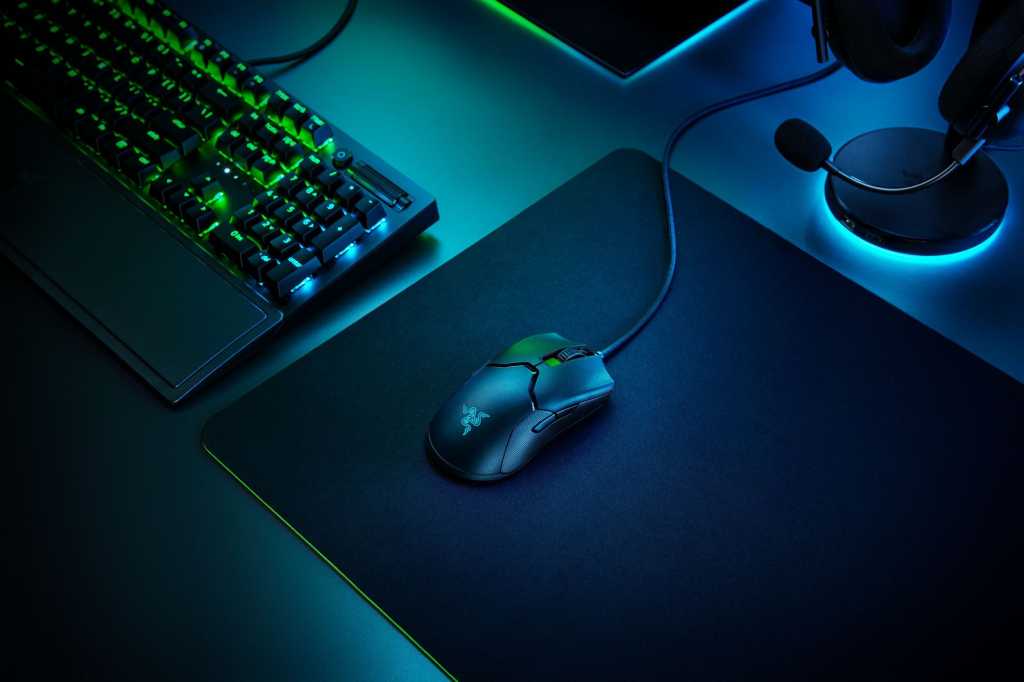 In the battle for the fastest gaming mouse, Razer just fired the first shot in a new front. The $80 Razer Viper 8K boasts a wild 8,000Hz polling rate that’s eight times faster than the industry standard, paired with a blistering 20,000 DPI (dots per inch) sensor. Holy smokes. While esports pros should immediately start drooling over specs like that, most people will never come close to utilizing its full potential, especially since you’ll need a fairly beefy PC setup to get the most out of it.

That’s not to sell the Viper 8K short, though—it looks like a very impressive piece of kit. Polling rates measure how often your mouse tells your PC when its cursor is located onscreen. Standard 1000Hz mice take about one millisecond to do so, but the Viper 8K’s high-speed USB controller causes that input delay to plummet all the way down to a mere 1/8th of a millisecond, theoretically providing smoother tracking. Paired with that 20,000 DPI sensor, this mouse can almost move where you want it before you know you want it there in the hands of top-level esports competitors.

It’s very much overkill for most gamers, however. Polling rate isn’t a real concern for anyone except elite competitors, and even though 16,000 DPI+ gaming mice have been common for a while now, most people tend to use much lower settings. A lot of gamers I know stick to the 2,000 DPI to 4,000 DPI range and express amazement when I tell them I set my Razer DeathAdder to 9,000 DPI. By comparison, most standard office mice deploy much slower sensors with DPIs of around 800 to 1,200 DPI.

If you do strive for the lowest possible input lag in competitive games, the Viper 8K could appeal to lefties and righties alike due to its ambidextrous nature. But you’ll need a decent gaming rig to squeeze the most out of it. Razer sent review samples to Tom’s Hardware and The Verge, complete with a list of recommended specs. Yes, recommended specs for using a mouse. You don’t see that often.

You’ll need to disable adaptive sync—a feature that synchronizes the refresh rate of your monitor to your graphics card to enable smooth, tearing-free gameplay—to truly push the Viper 8K. Razer told Tom’s Hardware that to tap into the Viper 8K’s maximum responsiveness, your PC probably runs esports games faster than your monitor’s refresh rate, and adaptive sync caps frame rates to what your monitor can handle. With an uncapped frame rate, “the benefits of a high-speed mouse are a lot more apparent because the game is able to make use of the high-speed reporting of the mouse to a much greater degree, and the high-speed reporting of the mouse ‘smooths out’ any desync caused due to frame time variation,” Razer said.

Oh, and that 144Hz refresh rate for the monitor is just the minimum recommendation—the faster your screen, the more you should notice the Viper 8K’s benefits. Razer’s press release cites excited esports pros who say they can: “This technology is perfect for games that require high precision and responsiveness like CS:GO,” said Tarik Celik of Evil Geniuses. Meanwhile, Nikolay “Nikobaby” Nikolov from Dota 2 team Alliance said, “I’d instantly tell the difference between 1000Hz and 8000Hz.”

Mere mortals probably won’t. That said, Razer isn’t charging an outrageous premium for the Viper 8K’s advanced capabilities—its $80 price point matches that of the original Viper. So if you’re looking for a lightning-fast ambidextrous mouse, this might be worth a shot. You can find more about the Viper 8K on Razer’s website.