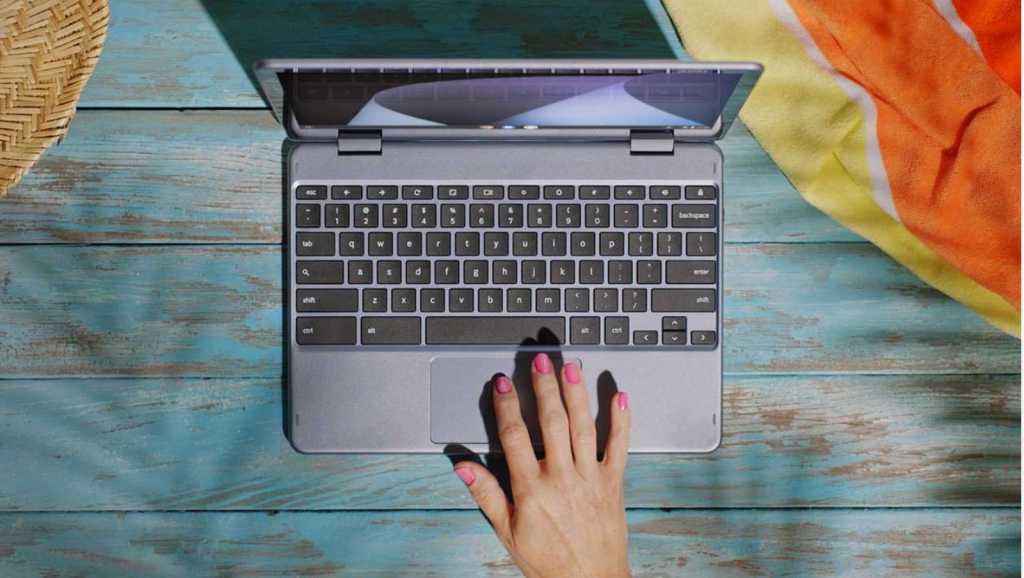 Q: For a Chromebook, what is the minimum level of CPU you would recommend to handle schoolwork, Zoom calls, etc?

A: Some may argue that Chromebooks don’t require a lot of firepower and you can scrape the absolute bottom of the barrel—but the difference between the cheapest processors and Intel’s lowest-end chips is actually tangible in how fast websites load.

Start your search by looking for Chromebooks with Pentium and Celeron CPUs, but don’t stop there. The amount of RAM has an even bigger impact upon the experience of using a Chromebook—these days, don’t go lower than 4GB, or you’ll start to feel the machine chug after opening more than a few browser tabs. Our roundup of the best laptops offers a few suggestions to help with the hunt.

Can’t afford a 4GB model out the gate? If you’re really on a tight budget, some 2GB models still support adding in your own additional RAM, which can cost less than buying a system pre-configured with 4GB. You’ll have to do your research and confirm it’s possible for that specific model.

CPU and RAM aren’t the only factors to consider when buying a Chromebook, too. Screen resolution and maximum brightness, port selection, and webcam quality all factor into the user experience too. Our guide to picking a good cheap Chromebook outlines those elements in greater detail, but basically, don’t count out the fact that whoever uses the Chromebook may be on it for hours for a variety of tasks and may also require being seen clearly.

If that sounds too expensive—Chromebooks of this calibre tend to start in the $300 range—you may want to also consider converting an old laptop into a Chromebook. Go this route and you can easily end up with an extremely powerful Chromebook for about the same price as an official bargain bin model. When I did my own conversion last summer, I used an old Haswell era PC with a Core i5 processor and 8GB RAM (which was going for roughly $250 used at the time), and the machine felt blazing fast. Old webcams are often roughly on par with cheap Chromebooks, too, so you won’t really be missing out on that front. (And you can always buy a dedicated webcam if you’ve saved money by reusing old gear.)