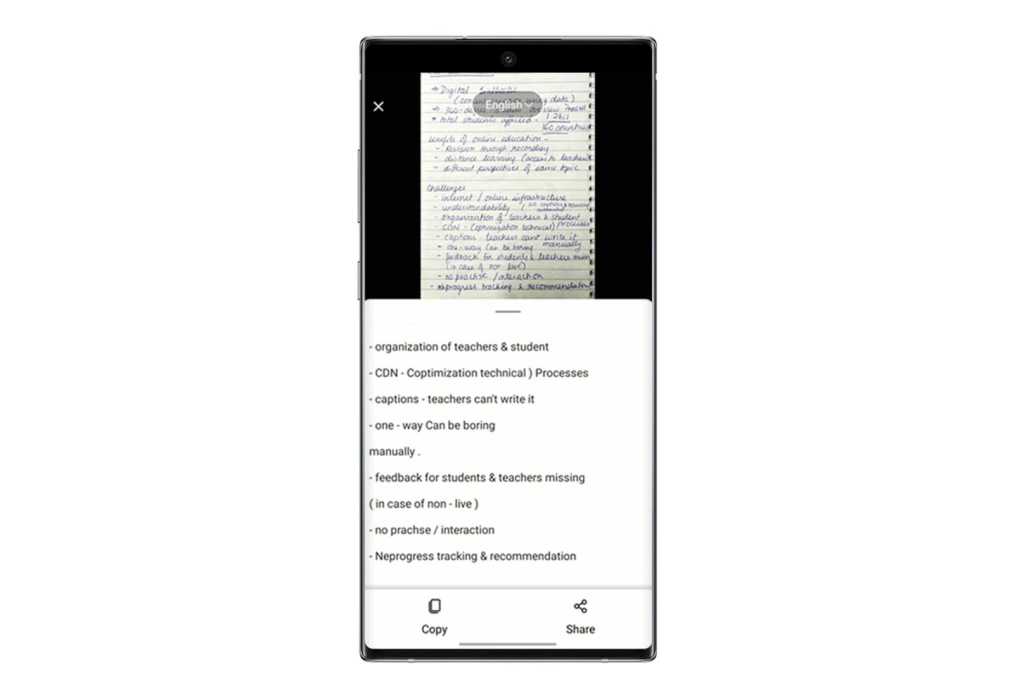 Microsoft’s Office app for Android and iOS is already one of the best mobile apps you don’t know about, able to reproduce the functionality of a scanner with superior OCR text recognition. Now, it’s getting even better: the Microsoft Lens portion of the app now promises it can read your handwriting.

Microsoft’s Office Lens has quietly existed within Microsoft’s stable of apps since 2014, when the company first debuted its capabilities of taking a picture of a page of text, scanning it, extracting the text, and formatting it for PowerPoint. In the six years since, Microsoft’s had ample time to add features, including document scanning, PDF conversion, PDF signing, and more. It’s a superb tool.

Now, Microsoft’s pledging to add handwriting from whiteboards, notes, letters, and other non-typed text, which can also be scanned and transcribed. “You will be able to scan handwritten letters, to-do lists, and other material and simply convert it into text,” Microsoft promised this week. Microsoft also promised better edge detection and filters would be added to the app.

Finally, Microsoft said that you can now use Microsoft Lens to create small video “bites” for Microsoft Teams’ chat function. The capability will be able to record a short video, annotate it with text, emojis, do basic editing, and add live filters, Microsoft said.

When the new Microsoft Lens handwriting feature arrives on the Office Mobile app, it should be accompanied by some Office Mobile-specific features, too: for one, scanned documents, pictures, and other images will be automatically organized into albums — lie receipts, for instance.  For business customers, images will also be searchable based on the content of the image, in addition to the standard file name, Microsoft said. These updates will roll out first to customers in the United States for Office for Android in the coming weeks, followed by Office for iOS, it added.

By now you’re probably wondering, “Will Lens be able to read my chickenscratch?!” Chances are that it will get a few things wrong that you’ll have to correct. But it’s almost a given that the new Lens is built upon a machine-learning algorithm that improves over time. If the new handwriting OCR isn’t great, give it time.

This story was updated at 12:24 PM with additional details.