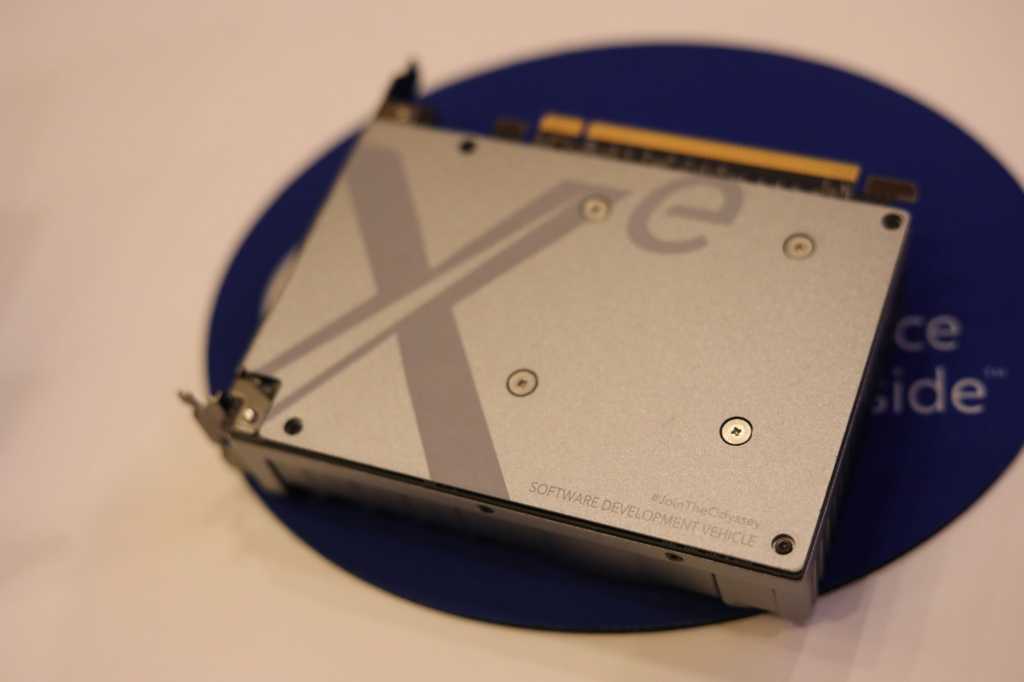 The “HPG” in “Xe HPG” stands for “High-Performance Gaming,” and this tease speaks to that. While those initial Xe LP graphics cards aim at multimedia and encoding tasks, Mesh Shaders are an integral part of DirectX 12 Ultimate, Microsoft’s graphics API that unifies the under-the-hood capabilities of Windows 10 PCs and the Xbox Series X. Nvidia and AMD’s most recent graphics cards support DirectX 12 Ultimate, and if this tweet is any indication, Intel’s first gaming GPU will too.

The Xe LP graphics cards shipping to system vendors now contain 80 execution units. Early rumors suggest Xe HPG will scale up to roughly 500 execution units, though Intel hasn’t revealed any deeper details on the architecture yet. With the graphics card market in a miserable state, ravaged by shortages and steep price gouging, the arrival of a third contender will be welcome indeed.

It’s been a busy few weeks for Intel’s blossoming graphics division. In addition to launching Xe LP in desktops and teasing Xe HPG with 3DMark, Raja Koduri also revealed the silicon design for the datacenter-focused Xe HPC ahead of it powering on for the first time, then showed the results of it dreaming up a Mandelbrot fractal.