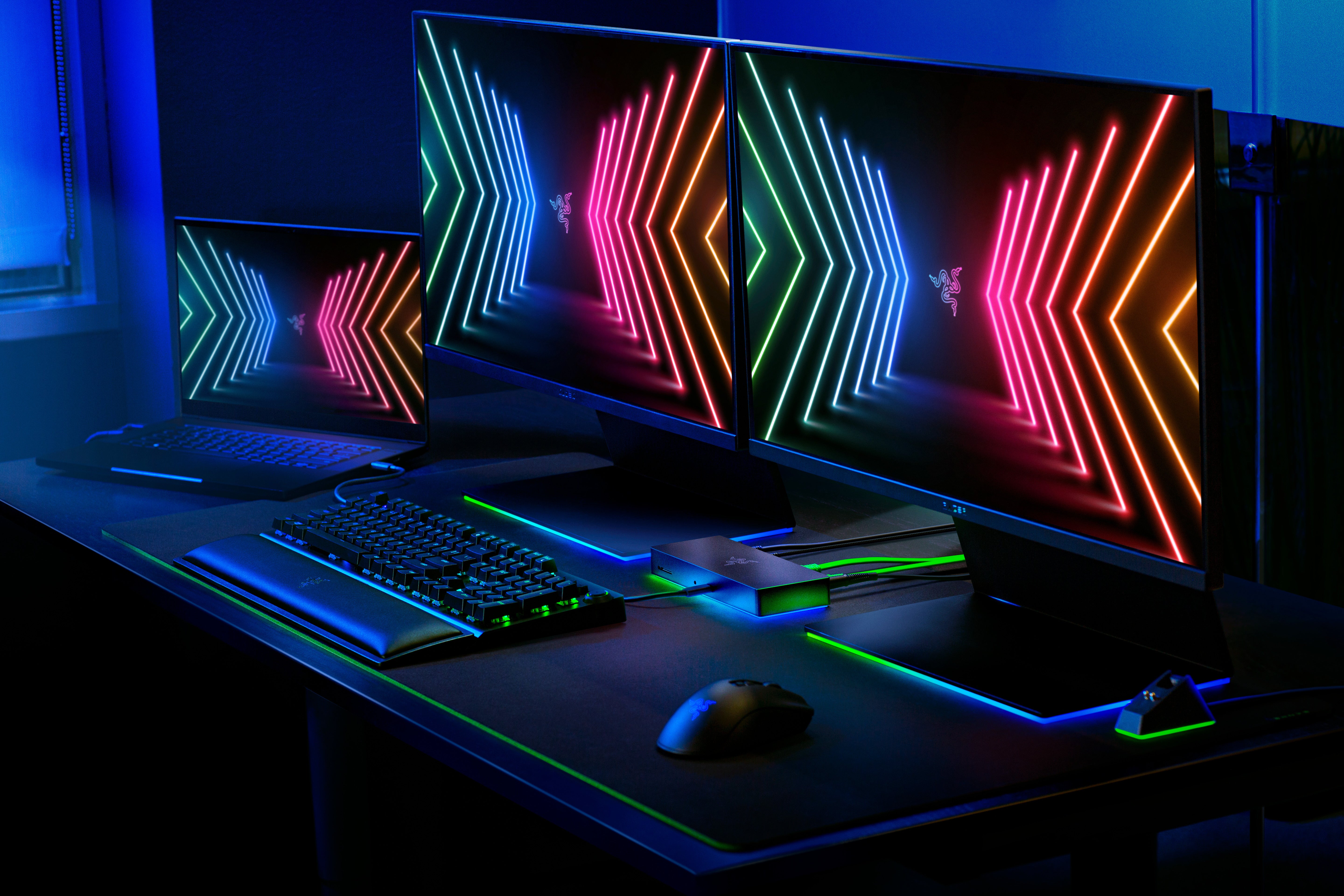 In a sign that society hasn’t hit maximum RGB yet, Razer’s new laptop stand and Thunderbolt 4 dock come loaded with customizable, multi-colored LEDs. No one should be surprised, of course, since Razer is the company that revealed an RGB N95 mask at CES.

The Razer Laptop Stand Chroma V2 is available for pre-order $150 at Razer.comRemove non-product link. If you just spit out your coffee, you should realize it’s not just a typical aluminum stand that normally goes for $25 or so. The Razer Laptop Stand Chroma V2 features a hub with integrated HDMI, USB-A, USB-C and a dedicated USB-C charging port. And yes, it includes addressable RGB that can sync to the rest of your Razer Chroma-enabled products.

The concept of a an RGB laptop isn’t new at all, but putting it into your Thunderbolt 4 dock? Razer went and did it with its Thunderbolt 4 Dock Chroma, which is also available to pre-order for $330Remove non-product link. The dock will feature a UHS-II SD card reader, Ethernet, three USB-A ports, and four Thunderbolt 4 ports. It can drive two 4K panels or one 8K panel via the USB-C/Thunderbolt 4 ports. There’s also an analog audio combo jack and a barrel charger that will provide up to 90 watts of power using the included PSU. And yes, there’s RGB lights along the bottom of the aluminum housing too.

We’d probably give Razer the RGB star for being the first here, but believe it or not, it isn’t. Western Digital actually beat Razer to the punch with its more industrial-looking WD_Black D50. Sure, Razer will say its dock is more stylish, but the only thing that counts is RGB.