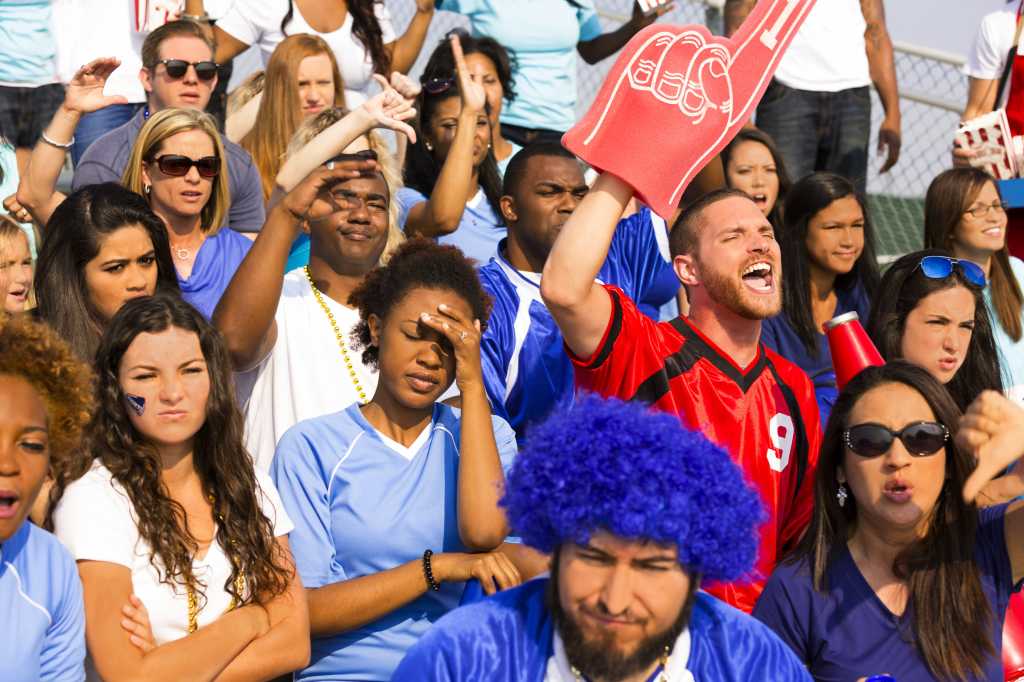 If you became agitated when Intel revealed  benchmarks showing its Core i7 to be faster than Apple’s new M1 chip, or you know someone who did, this story is for you.

But if you or someone you know responded to this news by jumping onto the Internet and arguing hotly pro or con, perhaps in ALL CAPS, then you’ve likely tipped over into the realm of super-faithful disciples—call them fanboys, fangirls, fanbys, superfans, stalker fans (stans)—whose object of reverence can do no wrong. Any other side of the story couldn’t possibly be right. Apple, Intel, and Nvidia are three tech companies who have accumulated such diehard supporters, just like some athletes and pop stars do. And when these ardent allies dogpile onto a cause online, the shouting match can quickly spin out of control.

We aren’t telling you to stop loving these companies. We’re respectfully suggesting you recognize the symptoms of obsessive superfandom and step back from the brink, if you can. You just might be a fanboy or fangirl if…

You think every result is cherry-picked

If you see a result against your cause and you immediately dismiss it as “cherry-picked,” you just might be a fanboy or fangirl. You know why? They’re all cherry-picked. Every single result you ever see from a company about its own product is cherry-picked. Sure, on occasion you’ll see some benchmarks where the competition is slightly faster, or they’re near-even in 1 out of 20 results. But you’ll never see one where the company’s own product is getting utterly crushed.

Rather than dismiss competing results, carefully examine them to see if it they represent what you do. And yes, if you think the competition is cherry-picking results to show its products in a better light, but your favored company would never do that—you’re a fanboy or fangirl.

You know you’ve reached peak fanboy/fangirl when you dismiss any opposing results as “made-up” or “fake benchmarks.” Large, publicly traded companies actually can’t fabricate test results, because it opens them up to potential investor lawsuits and other regulatory actions. They have to document and carefully vet results they show to the public.

Sure, companies may present the benchmarks in a way that makes their product look better, but using contextual sleight of hand is far different from conjuring a result from thin air.

You think the competing product is compromised

If you think the competing product is “compromised” and the product you favor isn’t, you’re teetering into the fanboy/fangirl zone. That’s because every product is a compromise in engineering, budgeting, product design cycles, and dozens if not hundreds of other factors that go into making a product. So yes, when you accuse the competing product of being “compromised” and that’s why you prefer your brand, all you’re really doing is picking a product that isn’t compromised in areas you care about.

Why don’t they ever give credit where it’s due?!

If you can’t stand that X company doesn’t give credit to Y company for doing Z first—you’re probably a fanboy or fangirl. That’s because competing companies don’t compliment each other. It’s like wondering why Diet Coke doesn’t thank Diet Pepsi for blazing the trail in diet colas (by 18 years!) or expecting McDonalds to suggest you try Burger King.

It’s not going to happen, because they want to sell you their product. And you know what? Your favorite company isn’t going to credit its competitors, either.

You dismiss glaring weaknesses as irrelevant

There is no such thing as a perfect product. Even amazing and innovative new products have weaknesses. But instead of acknowledging any product’s weakness, you dismiss the weakness as unimportant. Perhaps it’s unimportant to you, but it could be important to someone else. Only fanboys and fangirls have trouble seeing that.

You are indeed a fanboy or fangirl if you’ve ever said “I buy only from this company because it doesn’t make bad products.” Really? Did you actually say that out loud in an unironic manner? Because let me tell you—every company produces a stinking pile once in a while, or they may have a bad run before they recover. You’re just likely choosing to ignore any low points because, well, you’re a fanboy or fangirl.

’No true Scotsman’ would use Chrome

“The reason my [insert beloved brand/product] lost this test is because the test used a program no one would use or should use.” If you actually said this about, Idunno, some thing as stupidly popular as Google Chrome, Adobe Premiere, or Microsoft Office, you just might be a fanboy or fangirl.

Even if the contested application is moderately obscure, someone obviously uses that program. And let’s be honest, another application might be more efficient or in fact better than the one tested. If everyone uses Chrome, Premiere or Office, then it’s important to know the performance in those apps. But if you say no true Scotsman would use the Chrome browser, you must be a fanboy or fangirl.

You are a fanboy or fangirl if you have an unhealthy personal attachment to the company. To be fair to the company, this is simply incredibly powerful marketing, as all companies strive to have that special relationship with customers. But when you have gone from an affinity that says, “well, I’ve had good luck with this brand so I’ll stick with it,” to, “this is why people like us use this product—we’re different and special,” you just might need a fanboy or fangirl intervention.

You feel like you need to defend your company

If you are compelled to stay up all night arguing with random people on the Internet who dare to insult the honor of “your” company—then yeah, you just might be a fanboy or fangirl.