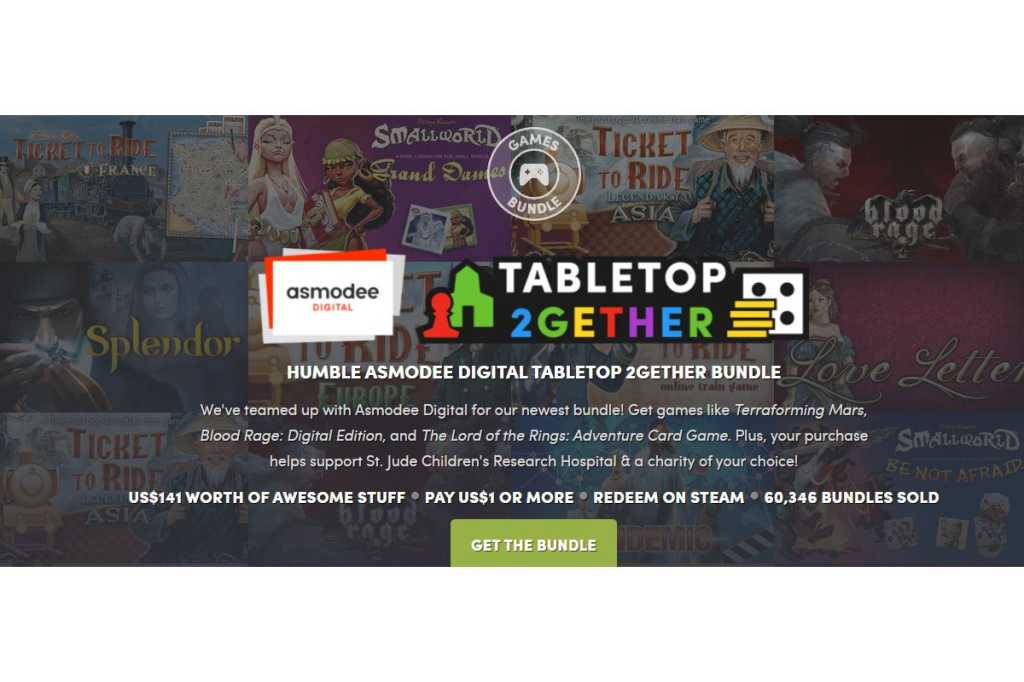 It’s the era of social distancing, and you can’t get the gang together in person for a little over-the-board gaming action. Humble Bundle has you covered with the Humble Asmodee Digital Tabletop 2Gether Bundle featuring digital versions of a number of tabletop games. Most of the games are for both Windows and Mac, and a number of them include an online PVP component. Have each of your friends snatch this deal up, add a little Zoom or Discord, and you’ve got yourself a virtual tabletop evening.

There are three tiers in this bundle as usual with Humble, and fun times can be found in each. Unlocking a higher tier automatically grants the games in the more affordable tiers as well.

First up is the $1 tier with four games, including Pandemic: The Board Game (okay, this one’s a little on the nose but it’s supposed to be good) and On the Brink – Virulent Strain DLC. There’s also Love Letter, and the Small World expansion Grand Dames.

The middle tier was $9.72 at this writing and may go up, as you need to pay more than the average to claim it (don’t forget a portion of the proceeds go to charity). The second tier includes the excellent Ticket to Ride and Splendor with DLC for for each, as well as more DLC for Pandemic and Small World. In addition, there’s a 30 percent off coupon for the physical tabletop game A Game of Thrones: The Board Game.

This is a fantastic bundle, and at just $10 for eight games and a bunch of DLC, it’s a spectacular value. Buy a bundle for each of your friends and get those game nights going again.