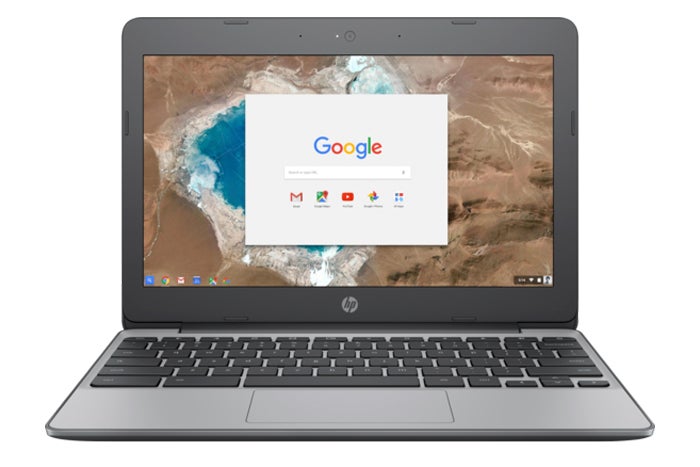 Consumers snapped up Chromebooks in 2020, enough so that Google’s Chrome OS is now the second most popular operating system in the PC space—easily surpassing Apple’s Mac OS.

Data from both IDC and Strategy Analytics independently confirmed that trend. SA reported that Chromebooks outsold MacBooks during 2020 and especially during the fourth quarter. Research firm IDC (Disclosure: IDC and PCWorld are owned by the same parent company), which included desktops in its analysis, reported similar findings. A third analyst firm, Canalys, compiled data showing that total worldwide Chromebook shipments nearly quadrupled in 2020 to 11.2 million units, compared to just 2.9 million in 2019. SA’s data is shown below.

In notebook PCs, at least, the trend isn’t new. In 2019, Strategy Analytics reported that Chrome OS market share by units sold reached 10.5 percent, versus Mac OS at 9.1 percent. But those figures spiked during 2020: Chrome OS represented 14.9 percent of all notebook computers sold during 2020, while MacOS represented 8.7 percent. Windows’ market share by units sold dropped from 78.9 percent in 2019 to 75.2 percent in 2020.

Just during the fourth quarter of 2020, Chrome OS sales reached a new high: 16.4 percent of all units sold, versus MacOS at 9.1 percent and Windows at 73.3 percent, SA found.

“Demand for Chromebooks is through the roof,” said Canalys research director Rushabh Doshi earlier this month. “With many countries being forced to accelerate their digital education plans in the wake of additional lockdowns, schools and universities are clamoring for easy to deploy solutions and Google’s digital offerings for education are proving quite popular over rival platforms, especially in the US and Western Europe.”

That trend has carried over to the PC market at large, in part because of the outsized demand for notebooks during the pandemic. During the first quarter of 2020 (pre-pandemic), Apple’s Mac OS had captured 5.8 percent of all PCs, and Chrome OS had managed only 5.3 percent. Fast-forward to the fourth quarter, when among all PCs—desktops, laptops, and tablets—Chrome OS captured 14.4 percent of all units sold, compared to Mac OS at 7.7 percent. Those numbers come courtesy of IDC, which released OS-specific numbers to GeekWire.

Interestingly, the top Chromebook vendors were not necessarily the top PC vendors—and they don’t include Google, either. During the fourth quarter of 2020, Lenovo topped the charts of worldwide PC sales, followed by Apple, HP, and Dell and Samsung. For Chromebooks HP outsold all other vendors, followed by Lenovo, Dell, Acer, and Samsung.

What this all means is that parents of the kids forced home by the pandemic invested more heavily in the inexpensive Chromebooks their kids were using than they had in the past. That move gives more weight to improvements and new features that Google is adding to Google Meet and Classroom, and it puts what Microsoft is trying to do with Windows 10X in a new light, too. Online learning is being shaped by simple, inexpensive ways to get access and get things done. Right now, the pendulum appears to be swinging in favor of Chromebooks.