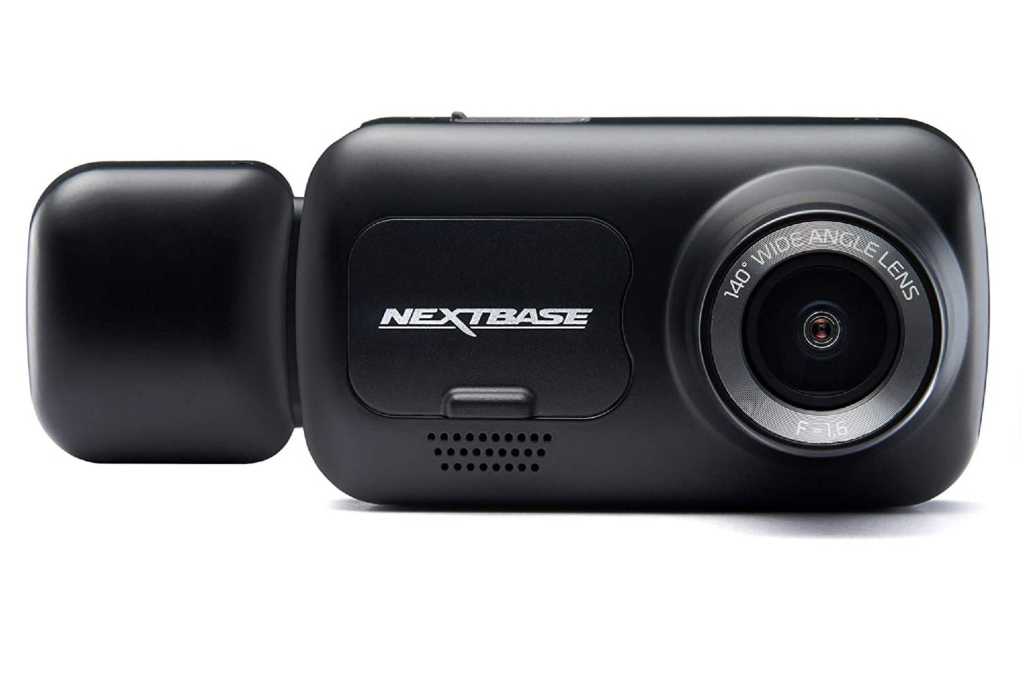 Nextbase
At a Glance

The Nextbase 222X is a Walmart-exclusive dash cam that offers good value despite a few compromises in design and image quality. Its 48-hour parking mode is a bonus.

Nextbase makes some of our favorite dash cams, but they’re also on the pricey side. The company’s new, Walmart-exclusive, dual-channel (front/rear) 222X reviewed here is more affordable ($139 at Walmart.com), and it handles the basics with Nextbase’s singular style. But it’s less expensive for a reason. Actually, a couple of reasons.

Physically, the 222X shares a lot in common with the previously reviewed 422GW, 622GW, and 612GW, starting with its design. It sports a slim and attractive, rectangular body, with a long, tapered lens neck. The front camera’s specs are 1080p at 30 frames per second (fps) with a wide, 140-degree field of view (FOV).

Also like its pricier siblings, it features a port that accepts the included rear-view camera, which is 720p/30 fps, with a 140-degree FOV. We’ve seen this type of camera only from Nextbase and it’s quite clever, using a telescopic lens to capture events outside the rear window. Not having to run a cable to a separate rear-window camera is a nice convenience, though obviously the field of view may be obstructed by roof pillars and the like.

Modular, with a catch

The rear-view camera module is clever, but the 222X’s modularity has a specific limitation. The module-accepting port is USB Type-C, rather than the mini-HDMI used by previous Nextbase dash cams. That means any existing Nextbase add-on modules will not work, and disappointingly there will be no Type-C modules sold separately.

According to the company, those modules will be sold, but only paired with cameras. This is an issue no other dash cam could possibly suffer, as Nextbase is the only vendor we’re aware of that makes a modular system. Just don’t buy the 222X after having read other reviews, seeing the module port, and thinking it’s the jumping-off point for expanding at a later date.

The 222X’s display is a crisp 2.5-inch color model that shows off the current image and navigation menus nicely. The main body attaches magnetically to a mount adapter housing the mini-USB power jack, which in turn marries with either a sticky or suction mount. Both mount options are included.

On the downside, there’s no GPS and no option for it. While not absolutely vital, it can be very handy to confirm the location of incidents where there are no distinguishing landmarks. Embedded GPS info is also great for tracking your travels.

The 222X features a parking mode. When you park, the camera goes to sleep but can wake up when prompted by a G-sensor disturbance to capture video. The internal 320MaH battery will manage 48 hours of sleep time with 15 minutes of recording. That’s nice, but if you’re going to make extensive use of the feature, or want more than two days of run time, Nextbase and I both recommend that you either hard-wire the camera, or use an OBD-II (easier) or powered-mirror adapter (easiest).

The included battery also keeps the unit running for a full 15 seconds after losing power. As there is a chance, however slight, that your 12-volt dash cam connection will be disrupted in an accident, this is a handy feature.

The buttons that control the onscreen interface surround the display. They consist of Mode, which switches from capture to playback; Record/ On/Off/Enter; Power on/off; Menu for access to settings (press twice for the second menu); navigation buttons for scrolling through the menus; and a lock-the-video (don’t overwrite) button on the bottom. Pressing the Record button will disable the lock and turn off recording.

It’s all easy enough to use once you’re acclimated. There’s onscreen help for the buttons when necessary. All in all, I’d call the the 222X easy to install and use.

The 222X’s day captures offer good color saturation and detail with few artifacts. There’s a bit of moiré (unintentional patterning in the image), but not enough to worry about. It would be nice if the rear-view camera were 1080p, but it still picked up license plate numbers nicely (even at night), and the lower resolution uses less storage.

The night captures are decent, with the same saturation and detail in the middle 90 degrees. Peripheral detail is inferior to what we’ve seen from other Nexbase cameras, or recent competition. Unlike with many cameras, detail doesn’t suddenlty pop out as you brighten the image either.

Forgive me, but it was so nice here in SF the day I tested, I dropped the top and included an extra rear-day capture just to make you jealous.

As you might notice from the two rear day captures, I was all over the place adjusting the swiveling rear camera. It was so stiff at first, I was afraid of breaking it. Subsequent use showed I was being just a tad paranoid. The images still show off the quality 720p nicely.

The 222X’s front night captures reveal good detail straight ahead, but not as much as many cameras to the sides. Color is fairly accurate, though it doesn’t handle headlight flare quite as well as others. You also lost detail in the dark areas to the sides. Overall, still decent low-light capture.

The rear view night capture doesn’t seem as nice, but it did not have the advantage of streetlights and headlights brightening up the landscape that the front camera did. This is actually quite good for a rear-view camera mounted next to the front camera. Notice that you can read the license plate numbers.

Overall, you should be satisfied with the 222X’s captures. I was, if not as enthusiastic about them as I have been about Nextbase captures in the past. Also, I wish there were some way to turn off the large Nextbase logo on the video.

The Nextbase 222X is a good dual-channel dash cam. We love the battery-supported parking mode, after-incident captures, and the ability to capture action to the rear without having to run a wire to a camera in the back. But the lack of GPS and average-quality video make it, well, more average than most Nextbase dash cams.