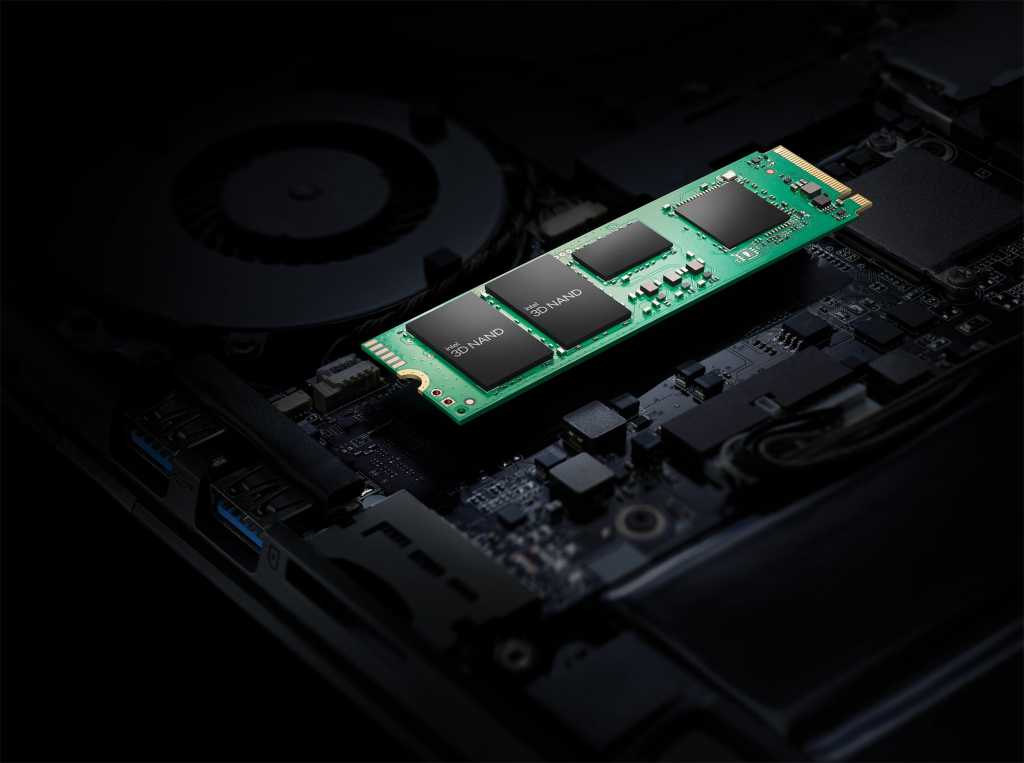 Intel’s newly released 670p M.2 NVMe SSD will offer better performance for “real world” usage loads that regular nerds care about, the company said on Monday. If that promise holds true, this new drive could wind up on our list of the best SSDs.

The Intel 670p is built on 4th-gen, 144-layer quad-level cell (QLC) NAND that increases the density over the previous 96-layer QLC by 50 percent. Besides the enhanced density, the drive features an updated controller and firmware, along with an improved Dynamic SLC caching algorithm that writes data using faster single-bit storage as much as possible. Together, the advancements should give the Intel 670p an advantage over competing QLC drives on low queue depth workloads.

Low queue depth workloads is something Intel has pushed on its Optane SSDs (RIP) and Optane Memory drives, but Intel said the new 670P offers sizeable increases in all-around performance too.

Compared to the Intel 660p QLC drive that this SSD replaces, Intel said 670p will offer an eye popping 82 percent increase in read speeds. In small 4K random reads, the drive offers about 23 percent improvement over the 660p as well.

This, Intel says, adds up to better performance in what most people actually use their computers for: Photoshop, Word, PowerPoint, and other rather boring things that everyone uses. As proof of this, Intel said UL’s PCMark 10 Storage test puts the new 670p well ahead of the older 660p and also ahead of competing drives, including ones based on theoretically faster triple-level cell (TLC) NAND.

Intel’s 670p is rated for 3.5MBps sequential reads and 2.7MBps sequential writes. The drive is will come in 512GB, 1TB and 2TB capacities. It uses 80 millwatts of power while active, and 25mW while idling. That drops to just 3mW when the 670p is sleeping.

The new SSD will first hit shelves in on March 1 before appearing in PCs from HP, Dell, Asus, Lenovo, and others by April.

Pricing, unfortunately, was not available. Hopefully it will be as aggressive as the 660p’s, which was often one of the better priced SSDs available.