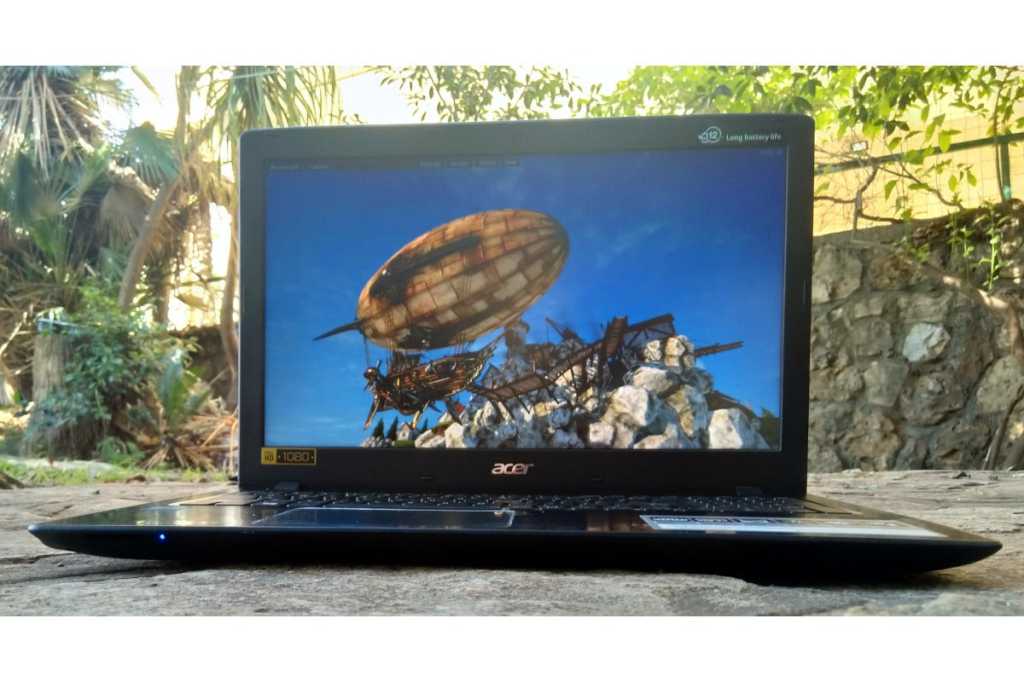 Everybody wants to know how well their laptop performs, but usually for different reasons. Was that high-end processor you optioned worth the extra money? Can your inexpensive clamshell run the latest, hottest PC games? Is it time to give up on that old laptop for something with a little more capability? A good way to find out is to run a few benchmarks.

Benchmarks put your machine through a set of fixed, predetermined tasks, and then provide scores that can be compared to the results of other PCs. Comparison is the key here, as a benchmark lacking context tells you very little. Indeed, no matter how high the score, if it can’t be contextualized against other PCs (or to a minimum performance requirement), then the benchmark won’t tell you much.

Which laptop benchmarks should I run?

There are tons of benchmarks out there and some are more popular than others. Ideally, you want a benchmark to be challenging enough to to get a sense of your system’s performance under typical loads.

The benchmark doesn’t necessarily need to be a so-called “torture test” that pushes your system to run flat out. Those are wonderful if you want to test system stability while overclocking, but for general system performance, they’re not necessary.

The benchmarks we suggest below are widely used, which makes it easier to find scores online for comparison purposes. These tests are also free, making them accessible to the widest possible audience.

For best results, keep your laptop plugged in for all but the battery test. You should also shut down as many background processes as possible to see what your system can truly do. It’s also a good idea to shut off Wi-Fi and Bluetooth by putting the laptop into airplane mode, and unplug ethernet. That said, some benchmarks (such as Geekbench 5) do require an active Internet connection.

For all of the following benchmarks, a higher score is better.

For benchmarking CPUs, Cinebench is a solid choice. It’s a quick and easy test that takes about 10 minutes to run, and you’ll often find it mentioned in PCWorld CPU reviews. Cinebench has a ranking panel in the left rail that shows how one system compares to another, and includes your system’s score after the initial run. There are also sites like CG Director and CPU-Monkey that list results from other users.

As of this writing, the latest version of Cinebench is R23, which has both a multi-core and single-core test. Modern CPUs have multiple cores (up to eight cores in the most advanced mobile chips, like Ryzen 5000), and each core can handle an independent processing load. This is important, because some applications can only tap into a single core, while others are optimized for multiple cores.

Try running both tests, as that provides a more complete picture. The multi-core test in R23 is more of a stress test than it was in earlier versions, but as long as you compare your results to other PCs also using R23, you’ll get an accurate picture of how your system stacks up.

Compared to other systems, your PC might shred it on the multi-core test but come up short on the single core. That’s instructive as poor single-core performance may hint at issues with programs that rely heavily on a single core, such as many productivity applications.

A second test to try is Geekbench. The demo version of this benchmark is free, and it will automatically upload scores to the Geekbench results site where you can compare results to other Windows systems (don’t waste your time comparing your score to phones). Geekbench also has a GPU test.

Beyond the Cinebench single-core CPU test, you’ll want to know how well a system specifically handles spreadsheets, web browsing, launching applications, photo editing, and video chat. For that, try the PCMark 10 Basic test, which runs the laptop through open-source productivity applications such as Gimp or LibreOffice, among other tasks. PCMark 10 is one of the most commonly used benchmarks to test system performance for general computing tasks, and we use it quite often at PCWorld for testing laptops.

PCMark also includes a section that uses a 3D ray-tracing modelling application. But for most people, the resulting score under Essentials (which covers browsing and video conferencing) and Productivity (which covers editing spreadsheets and text documents) probably matters the most.

For gaming, let’s start with Heaven 4.0. Heaven won’t push a modern discrete GPU to the max, because it’s several generations behind the cutting-edge in terms of graphics. Nevertheless, it’s challenging enough, it’s dead easy to set up, and it’s free.

For Heaven, a score close to or above 60 frames per second is best for discrete GPUs, and around 30 fps is good for most integrated graphics. If your PC can’t hit those scores, then lower the graphics settings to medium or low and test again. If that still isn’t enough to yield good scores, then reduce the benchmark’s screen resolution as well (that is, unless Heaven adjusts it automatically).

If your laptop gets less than 30 frames on low graphics settings and 720p resolution, then most AAA games will likely be unplayable on your laptop. But fear not, you can still get your game on with this selection of 31 great games you can play on laptops and low-end PCs.

Now, what if your system shreds Heaven on high settings with scores above 60 fps? Then it’s time for more testing. Heaven is what we call a synthetic benchmark that attempts to simulate real-world processing loads. Well-designed synthetic benchmarks are fine for testing a CPU or general system performance, as well as for developing a baseline for your GPU. Under real-world gaming conditions, however, the computational workload imposed on the GPU varies greatly between games.

Games like FIFA 20 or Minecraft (without ray tracing) won’t tax your system the way 2015’s The Witcher 3 or 2018’s Assassin’s Creed Odyssey would. For that reason, we recommend using a game’s built-in benchmarks, when available, as a second step. Built-in benchmarks use the in-game engine rendering for testing. Ideally, a built-in benchmark includes a selection of scenes that tax the system the same way real gameplay would, but that’s not always the case.

On top of that not all games include built-in benchmarks. Still, there are some good built-in benchmarks out there in games such as Metro Exodus, Gears Tactics, and Forza Horizon 4. All three of those titles are part of Microsoft’s Xbox Game Pass for PC, meaning you only have to pay a small monthly fee to try them out.

If you don’t want to pay for a game or a Game Pass subscription just yet, there are tons of YouTubers who benchmark laptops and post the results online. Search YouTube using your GPU name—for example, “Intel UHD 630 gaming performance” or “GTX 1660 Ti laptop performance.” Chances are these videos include a system similar to yours, or at least your GPU.

Just like with Heaven 4.0, for the bare minimum of playability a game should stay above (or barely under) 30 frames per second, with 60 fps or more being the ideal.

We don’t have a recommended benchmark suite for battery tests, so instead we’d suggest something more DIY. Make sure the laptop battery is fully charged, and turn off the Wi-Fi and Bluetooth to avoid any outside activity that might drain power. Now run a 4K or high-definition video on a continuous loop in a desktop video player to see how long it lasts. You can try the ever-popular VLC player, but the most efficient video player we’ve seen is Movies & TV, the player built right into Windows. If you’re looking for a 4K video to use, PCWorld uses the open-source Tears of Steel video available here in different video formats, CODECs and resolutions.

Your battery test doesn’t necessarily require an exact measurement. Just start the loop and check on it every 30 to 60 minutes until it shuts down. Then record how many hours and minutes the laptop lasted under that video load.

So what does this mean in terms of real-world laptop performance? Well, you can extrapolate the machine will last for about 60 to 70 percent of the recorded test time under mixed usage. We’re talking web browsing, text editing, spreadsheet work, video calls, and online videos.

Another alternative is to spend two or three days using the laptop as you normally would, but only under battery power. After two or three complete battery drains, open a command prompt in Windows 10 and type powercfg /batteryreport and hit Enter. This will spit out a report you can open with a web browser that includes battery life estimates based on recent usage. You’ll also see some other statistics. Most items on this report cover only the last three days, so don’t let your tests run longer than that, and ask for the report as soon as possible if you go to a third day of testing.

Just remember that battery tests can be some of the most inconsistent in all of benchmarking. How long a battery lasts depends on so many different variables, such as how bright the screen is, and what you’re doing on the machine. If you’re watching a video, then battery life is generally fantastic on modern laptops. But if you’re browsing media-laden websites, it will be much worse. If you’re editing a movie or playing games, expect even worse performance. Basically, you’re mileage will vary.

Benchmarking your laptop is a great way to discover how well a machine performs compared to other systems, and the best part is you can do it without paying a cent.