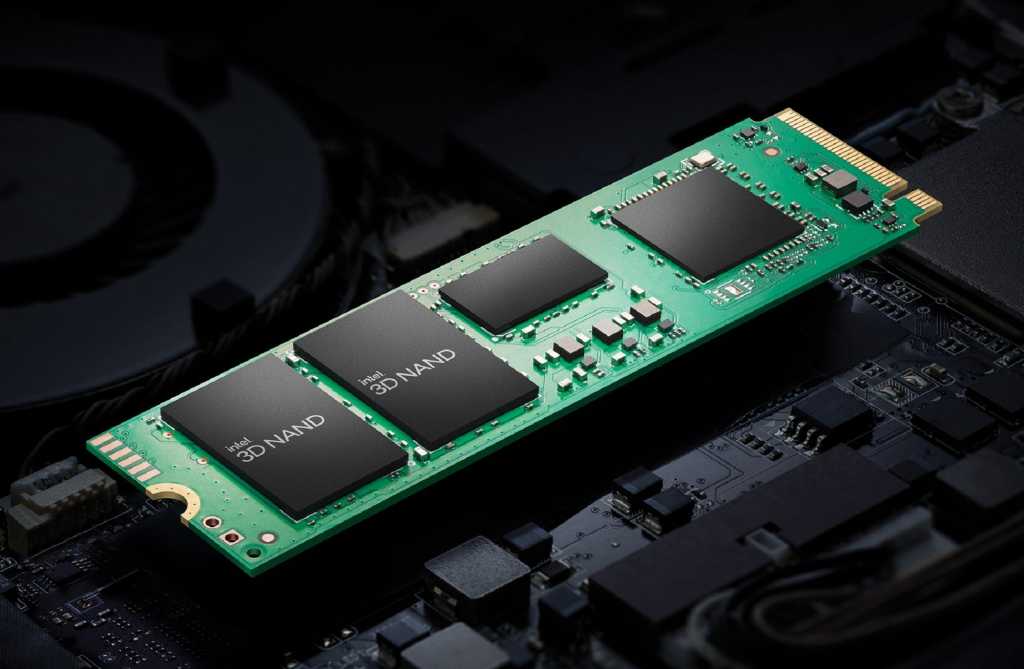 The Intel 670p is a good overall drive, posting competitive performance other than relatively slow off-cache performance. Our only question is why the company rates the drive for far fewer terabytes written (TBW) than the competition.

It’s glad tidings that the Intel 670p SSD finally makes 4-bit QLC NAND perform well enough to compete with TLC NVMe drives. The drive had no issues with synthetic benchmarks and even managed a livable pace when it ran out of secondary cache—about three times what its predecessor, the 660p, managed. Now if the company could just explain the unusually low TBW ratings, we’d be all good.

The 670p ships in three flavors: 512GB ($89 MSRP), 1TB ($154 MSRP), and 2TB ($329 MSRP)—aggressive pricing for Intel, but hardly at the low end of the market. The drive uses a Silicon Motion SM265G controller, and there’s DRAM for primary cache. Intel didn’t provide the DRAM amount in the press material, but It appeared to be 2 gigabits’ worth on our 2TB drive. Read our news story about the Intel 670p for more information on the technology.

The new 144-layer QLC NAND packs so much data into each chip, even the 2TB version is single-sided. That makes it ideal for laptop SSD upgrades.

Oddly, Intel assigned extremely low TBW (TeraBytes Written) ratings to the 670p—a mere 185TBW per 512GB of capacity. TBW ratings are the “limited” on the limited warranties vendors provide. If the drive fails within the warranty period, but you’ve written more than its TBW rating, the vendor could conceivably deny replacement.

Most drives, even the bargain variety, are rated for at least 300TBW per 500GB. Low TBW ratings are generally to discourage use in high-transaction scenarios like server cache. A more sinister interpretation might be that 144-layer QLC is not nearly as reliable as other types. To the best of my knowledge, vendors generally take care of their customers if the TBW is not exceeded egregiously. In this instance, perhaps Intel’s bean counters didn’t talk to the PR people before slapping on this stingy rating.

The 670p posted competitive results in all our tests save the 450GB single file write. Even there, it’s not as bad as it looks. The charts put it up against the best drives out there. Many bargain drives post similar 450GB write times.

CrystalDiskMark 6, shown below, rated the 670p (gold bars) an excellent reader and a pretty fair writer.

The 670p was even more competitive in our 48GB transfer tests. Note that these are fast outliving their usefulness as vendors increase cache sizes and hone their handling of said cache. But they still give you an idea of how the drive will perform when you’re copying files. Synthetic benchmarks show peak performance but are a bit misleading in that regard.

Even during the 450GB file write, the drop in performance to 320MBps from the initial 1.75GBps wasn’t cataclysmic, as it was with some previous QLC SSDs. The drop also didn’t transpire until well past the halfway mark on our 2TB model. Lesser capacities have less NAND for use as secondary cache, and the drop in performance will occur sooner. The 670p’s drop is still perhaps 100MBps to 150MBps more than what you’ll see from a bargain TLC NVMe drive or decent SATA drive writing off cache.

The 670p is very adept at the 4K random operations at the low queue depths that are most commonly used. It fell off a bit with higher thread counts, but those situations are relatively rare.

Given that the number of times the average user will write enough data to force the 670p off cache is likely to be zero, the performance is more than acceptable.

Good, but pricey for the niche

The 670p is a very good NVMe SSD, and the fact that it fits 2TB on a single side makes it great option for small form factor device upgrades. That said, pricing is a bit steep considering the low TBW rating; lack of PCIe 4 support; and slow-ish off-cache performance. Definitely put it on your list, but shop around.