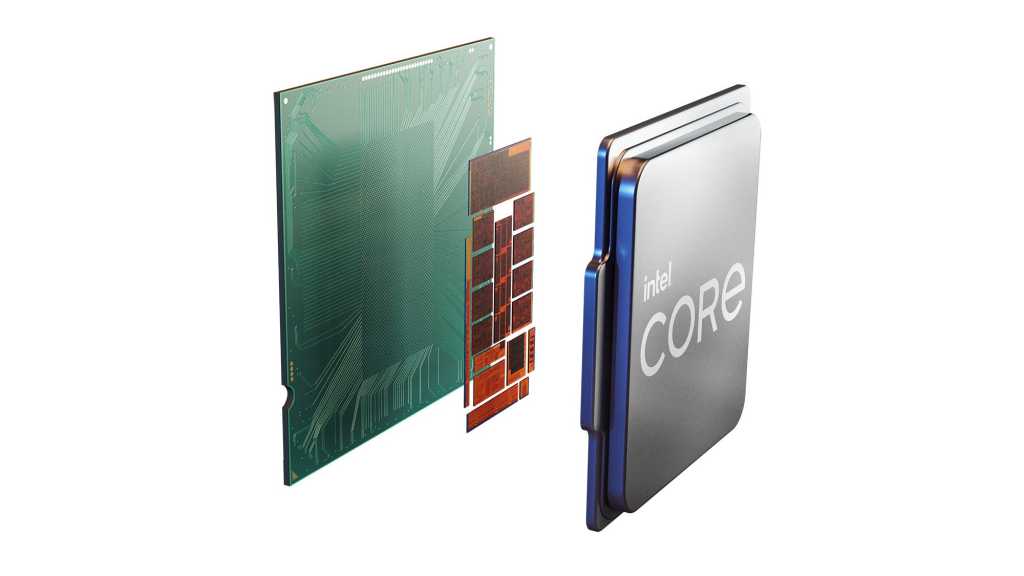 Intel’s 11th-gen Rocket Lake-S is the first major rework of the company’s desktop computer cores since the 6th-gen Skylake CPU in 2015, and arguably the biggest step forward in years.

It’s also one of the least-secret chips in recent memory. Unofficial information started trickling out right after it was introduced at virtual CES in January, followed by nearly weekly performance leaks. Most recently, a retailer in Germany accidentally started selling the CPUs a month before its official release, engendering a spate of early, unauthorized reviews and even a delidding to look at the cores.

There’s a lot to keep up with, so we’ll break down everything you need to know. You can also jump to a topic area using the handy list below:

What is Intel 11th-gen Rocket Lake?

How does 11th-gen Rocket Lake perform?

What is Intel 11th-gen Rocket Lake?

Why is Rocket Lake built on the ‘ancient’ 14nm process?

Although based on CPU and GPU architectures that were originally built on the more advanced 10nm and 10nm+ Enhanced Finfet manufacturing processes, Intel still decided to build Rocket Lake on its older 14nm process.

Intel likes to say this was a choice that let it push the design to higher speeds, but that’s probably more spin than reality. More likely the company just doesn’t have the capacity to build every chip on a 10nm process today. Basically, when life gives you lemons, you make Rocket Lake.

Why does the 11th-gen Core i9 have fewer cores?

When you take CPU and GPU cores originally designed for a much denser 10nm process and then blow them up to fit on the less-dense 14nm process, they’re going to take up more space. That’s why the 11th-gen desktop chips simply can’t fit 10 cores onto the die space along with the new graphics cores. That means the 11th-gen Core i9-11900K will max out at 8 cores, while the older 10th-gen Core i9-10900K has 10 cores.

What are the speeds and feeds?

If you doubt 11th-gen Rocket Lake will see widespread adoption, Intel’s launch plan suggests otherwise, with a fairly deep list of 18 different chips. They will range from lower-power 6-core Core i7-11400T with a boost clock of  3.7GHz, to the 8-core Core i9-11900K chip, with a 5.3GHz top clock and all-core clock of 4.8GHz.

We don’t know if they’ll all hit on the same day, but based on the slides below, this doesn’t look like a limited launch.

The mid-range of Intel’s new Rocket Lake Core i5 chips are all 6-core chips with Hyper-Threading enabled.

For those in the budget-friendly price range, Intel is also releasing a lineup of “refreshed” 10th-gen chips, ranging from 2-core Pentium Gold chips to 4-core Core i3 CPUs. All of them will feature Hyper-Threading.

Is Rocket Lake worth it?

There’s an old saying that there are no bad products, just badly priced products. How Rocket Lake will be received will largely depend on how much it costs and how well it does against AMD’s comparable chips as well as how it does against Intel’s older 10th gen chips too.

While we haven’t tested the Core i9-11900K, we’re almost certain the Ryzen 9 5900X should overpower it in multi-threaded tasks and probably match or beat it in most lightly-threaded tasks too. Game over? Not really. One huge problem AMD has had is keeping the Ryzen 9’s in stock making the price of a Ryzen 9 5900X closer to $900 most of the time. While the Ryzen 7 5800X looks to compete very well with the new Core i9 and is in stock these days, we don’t know how long that’ll last.

If you’re looking at 10th gen vs. 11th gen, we think those who want PCIe 4.0 and use advanced AVX-512 features plus other improvements the chip has may make it worth the small premium. Those on a tighter budget though and really “just play games” will be happy going with the best priced chip.

When can I buy 11th-gen Rocket Lake CPUs?

The formal release date for Rocket Lake is March 30. While Intel said it believes it will have sufficient quantities, anyone who has tried to buy a Ryzen 5000 CPU knows just how crazy it has been to try to buy a new CPU.

How does 11th-gen Rocket Lake perform?

What does ‘improved efficiency’ mean?

With the newer Cypress Cove cores, Intel is claiming a 19-percent increase in IPC, or Instructions Per Cycle (or Clock). At a higher level, that basically means the new chip can be 19 percent more efficient at the task. We say “can,” because IPC and efficiency measurements don’t always guarantee you will see that gain, but you’ll generally see something close to it.

It’s no surprise that Intel’s 11th-gen chip is expected to be faster than its 10th-gen chip, but what about AMD and its Ryzen 5000-series chips? Intel has claimed two areas of superiority: gaming performance and storage performance.

Intel said in head-to-head testing, Rocket Lake is about 11 percent faster on PCIe 4.0 performance than Ryzen. At CES Intel also showed off seven games where it says the Core i9-11900K outpaces the Ryzen 9 5900X.

Intel’s latest internal tests give Rocket Lake a 3-percent to 11-percent lead against AMD’s Ryzen 9 5900X in gaming. Overall, Intel seems to be counting on the new 11th-gen Rocket Lake part to be as fast or faster than AMD’s Ryzen 5000 chips.

Keep reading for more on performance, memory, and other highlights.

Is Rocket Lake faster than Ryzen only in games?

Should I believe those performance numbers?

Of course Intel (and AMD and Nvidia) will show the most favorable benchmarks before a chip launch, and of course that’s biased. But biased is different from untrue. Publicly traded companies can’t contrive performance results because of the legal liabilities, but they can err on the side of showing the ones that make their chips look best.

We don’t doubt these results (although we’ll withhold our final judgment until we’ve tested them ourselves), but there are plenty of real-world application results that are glaringly absent from Intel’s claims, such as Adobe Premiere. The trick with any chip is to match benchmarks to what you do on your PC. It’s always good to wait for more reviews to go public before buying.

The 11th-gen Rocket Lake launch may be one of the leakiest in a long time because of that blunder in Germany, where a European retailer accidentally put the Core i7-11700K on sale weeks ahead of time. That brought us formal reviews of the retail chips from two respectable sites: Anandtech.com and Hardwareluxx.de. Hardwareluxx.de called its write up an advance or preliminary test, while Anandtech’s Dr. Ian Cutress felt secure enough to call his a full review.

Both reviews showed some areas of strength for the 11th-gen Core i7, but somewhat disappointing results for the feature Intel is pushing the most: gaming. That’s definitely deflated some expectations that Intel would re-take the pole position it lost to Ryzen 5000.

This story is far from done yet. Test results can vary depending on final drivers and final BIOSes, which neither of these early reviews had. Different reviewers will also run different tests. We recommend waiting before making up your mind, because the overall consensus could change—or it could stay the same. Maybe, just maybe, Intel fans will just have to wait for the 12th-gen Alder Lake instead.

Should I care about AVX512 support?

One of the cooler features you’ll get in Rocket Lake chips is support for AVX512 instructions and Intel’s DL Boost and VNNI. These are a set of dedicated circuits for processing math, particularly useful for machine learning and AI routines.

Intel first introduced AVX512 in its expensive and high-end Core X CPU, and to laptops in the 10th-gen Ice Lake as well as the 11th-gen Tiger Lake chips. The 11th-gen Rocket Lake chips finally bring the feature to desktops.

When first introduced, there were no practical consumer applications for DL Boost. That’s slowly starting to change with applications from Topaz Labs, Nero, CyberLink and Magix Vegas Pro. The results we’ve seen on applications that support it on laptops have been phenomenal: The 11th-gen Tiger Lake simply crushes AMD’s Ryzen 5000 as well as Apple’s M1 chip.

Whether that performance from the 11th-gen laptop chip translates to the 11th-gen desktop chip isn’t known, but we expect it will certainly be faster than CPUs without the support. Whether you should care or not will largely depend on the applications you use—thus far, just a handful of consumer applications and mainly in image processing, so the odds are probably pretty low. But Intel has an army of software engineers helping developers adopt its latest technologies. If imitation is validation, it looks like AMD may add support for AVX-512 as well.

Rocket Lake features a new integrated memory controller, which Intel officials called “really something special.” Among the features it supports is Gear 1 and Gear 2 with DDR4 RAM. Gear 1 indicates a 1:1 ratio between the memory controller and the RAM, and Gear 2 indicates a 1:2 ratio. They operate analogously to the gearing in your car: For example, if your engine runs at 3,000 rpm at 30 mph, in order to hit 60 mph, you would need to to rev the engine at 6,000 rpm with a 1:1 ratio. By shifting to Gear 2 or 1:2, the engine could remain at 3,000 rpm while the car moves at 60 mph. Intel officials said the latency range is also improved, so a person can fine-tune for low latency or for very high clock speeds to wring out more bandwidth from Rocket Lake.

Gear 1 is supported fully only with Core i9

Why this decision was made isn’t known. Before you break out the torches and pitchforks, though, consider that this may be an official spec that Intel’s comfortable with guaranteeing, and it could be bent if you’re feeling lucky.

Intel’s integrated memory controllers have long had a stellar and more robust reputation than AMD’s. Another feature Intel will introduce is the ability to overclock the RAM and integrated memory controller in real time from within the OS. Full details are not yet available, but you could potentially see changing the memory clock for applications that pick up an advantage from increased bandwidth, and then scaling back the memory clock speeds in applications that favor lower latency.

You can overclock RAM on cheaper motherboards

With this improved memory controller and all this talk of Gear 1 and Gear 2, it’s probably no surprise that Intel is loosening the rules on memory overclocking on lower-cost motherboards, too. Running RAM outside specs in the past was limited only to high-end Z-series chipsets, but with new 500-series chipsets, the more affordable B and H-series will be capable of it too.

Rocket Lake is an LGA1200 chip

One of the already well-known features of Rocket Lake is its support for the PCIe 4.0 interface, which doubles the bandwidth of PCIe 3.0. This was expected on the paired Z590 chipset. Intel confirmed that some Z490 boards will support Gen 4 speeds too—but only if the board maker supports the feature.

One last feature worth highlighting on Rocket Lake and 500-series chipset boards is the wider x8 connection from the CPU to the chipset. This should help relieve any potential bottlenecks from cards plugged into PCIe slots, or multiple high-speed SSDs not plugged directly into the CPU’s PCIe lanes. This may seem like a mundane plumbing issue, but with the chipset’s native support for USB 3.2 2×2 20Gbps speeds, plus multiple M.2 SSDs, it’s a long-overdue upgrade for Intel.