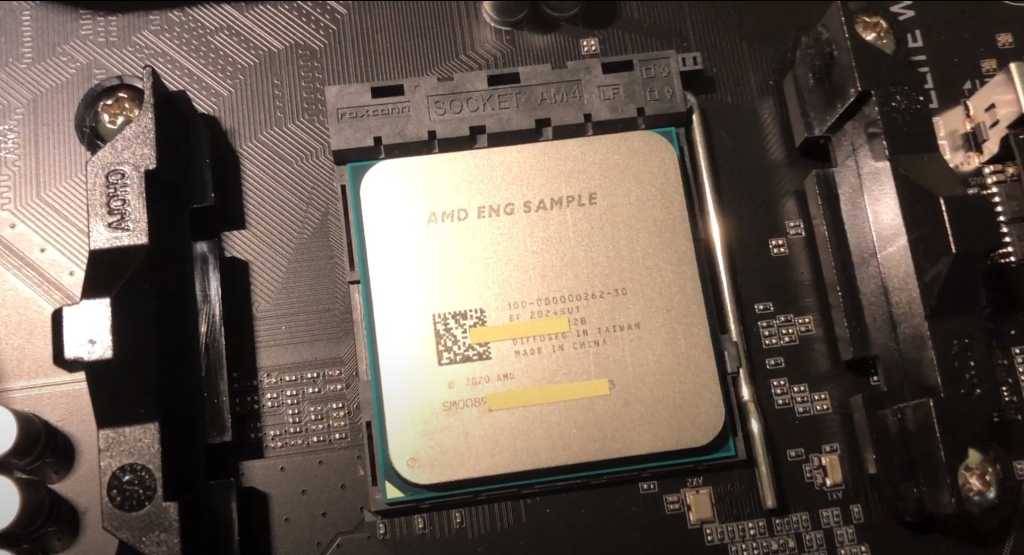 It’s been a crazy month for CPU leaks. First, a retailer put Intel’s upcoming 11th-gen Rocket Lake S up for sale a month ahead of its official release (leading to a wave of early reviews). And now some dude might actually have topped that by selling AMD’s upcoming Ryzen 5000 APU on eBay well before its launch.

Of course, finding a Ryzen APU selling on eBay sadly isn’t a first. But this enterprising dude, using the handle of Hugo, attempts to stand out by producing a short promotional video on YouTube showing the prowess of AMD’s hotly anticipated chip.

And no, you can’t buy the CPU from Hugo, because he’s apparently already sold all five for the asking price of $177 each.

In the video, Hugo shows off the Ryzen 3 5300G APU, walks you through its BIOS, and uses the CPU-Z utility to reveal other details. He then proceeds to run it through some quick benchmarks and gaming.

Hugo said the APU was capable of playing Battlefield 4 and Battlefield V. The older game ran at about 47 fps at 1080p and High settings, while the more intensive Battlefield V hit about 29 fps on High.

Those framerates won’t exactly set any world records, but in a GPU world turned upside-down and shaken for all the loose change in its pockets, better integrated graphics performance may be as welcome as finding a dented can of beans in the zombie apocalypse.

AMD’s Ryzen desktop chip is expected to boast up to eight cores on the top end. The Ryzen 3 Hugo shows off appears to feature four cores with SMT enabled.

You’re probably wondering just how legal Hugo’s sale is? That’s the gray area. Typically engineering samples of products are the property of the manufacturer and usually loaned to partners to prepare surrounding hardware for a launch.

AMD officials declined to comment on the eBay listings and the promotional video, but we suspect the company is taking it pretty seriously. In one of the more famous instances of lost engineering samples, an iPhone 4 prototype was left in a bar and ended up in the hands of an editor at the tech media site Gizmodo. That prompted a police raid on the editor’s home, plus charges of possession of stolen property against the two who found and then sold the phone. Both were eventually given probation, while charges against Gizmodo’s editor were dropped.

An APU doesn’t garner headlines like a prototype iPhone, so this case is unlikely to lead to that level of scrutiny. It could, however, expose the company that lost the APUs. AMD would have to figure out who lost the chips, but that’s entirely possible if the company is able to identify the chip’s serial number from the pictures the seller posted.

Every AMD CPU includes an engraved serial number, which the seller tried to mask in the pictures. If AMD is able to find that number, or possibly bought the APU, it would likely be able to reconstruct which company lost it.