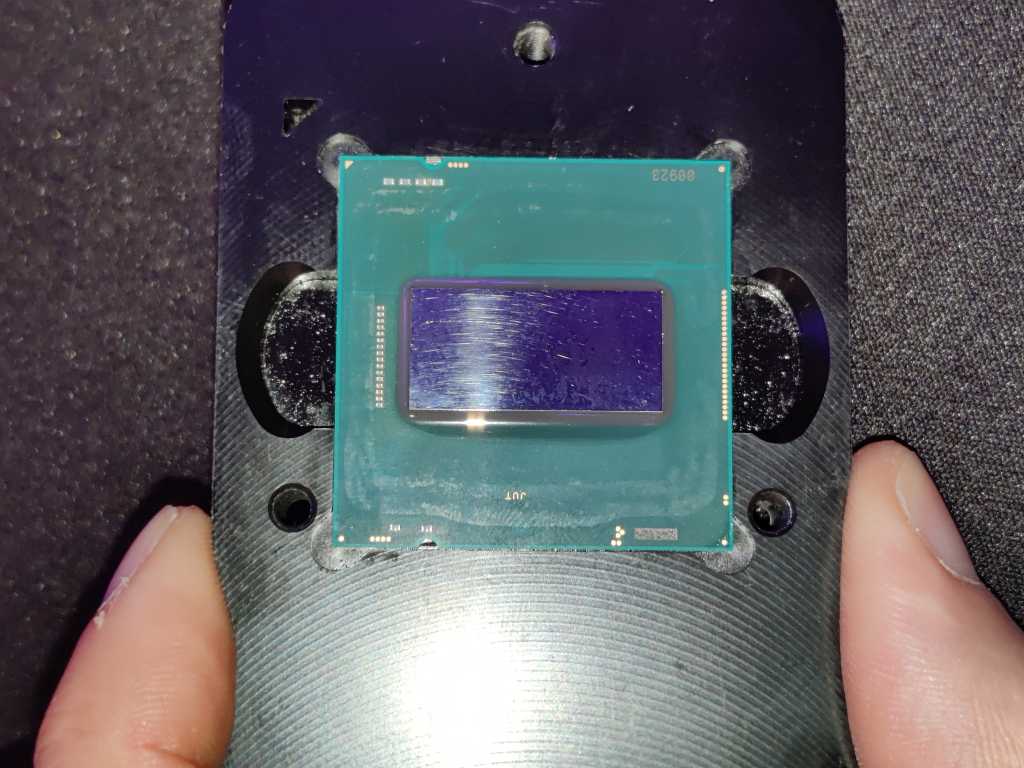 The photo (shown above), shared by “MoeBen” of Overclock.net, is presumably one of the Core i7-11700K chips that was accidentally sold by a European retailer to a hundred or so lucky buyers.

One of those who got his hands on one, Hardwareluxx.de’s Andreas Schilling, did some quick math on the delidded chip and estimates its area at about 270 square mm for the 8-core 11th gen chip. For comparison, Schilling said the previous 10-core Comet Lake-S measured about 206 square mm, while the 8-core version was about 180 square mm. And yes—the 8-core Rocket Lake is but 6 percent larger than a 16-core Ryzen 9 5950X, whose three chiplets measure about 286 square mm.

Basically it’s one huge chip that you might confuse with a small moon or battle station, but you probably shouldn’t be surprised. Rocket Lake is built on Intel’s aging 14nm process, using core designs originally built for its much denser and thus smaller 10nm process. Intel then took the graphics cores from the even more advanced 10nm FitFET process and put them in Rocket Lake too.

This mashup of different technologies forced Intel’s hand in the amount of cores it could jam inside. With the previous 10th-gen Core i9-10900K, the top-end chip featured 10 cores. With the 11th-gen Core i9-11900K, Intel had to trim that back to 8 cores.

The company has promised that despite taking a step back in core count, it makes up for it with up a 19-percent increase in IPC (instructions per clock) efficiency, 50 percent better graphics performance, and DL Boost support.