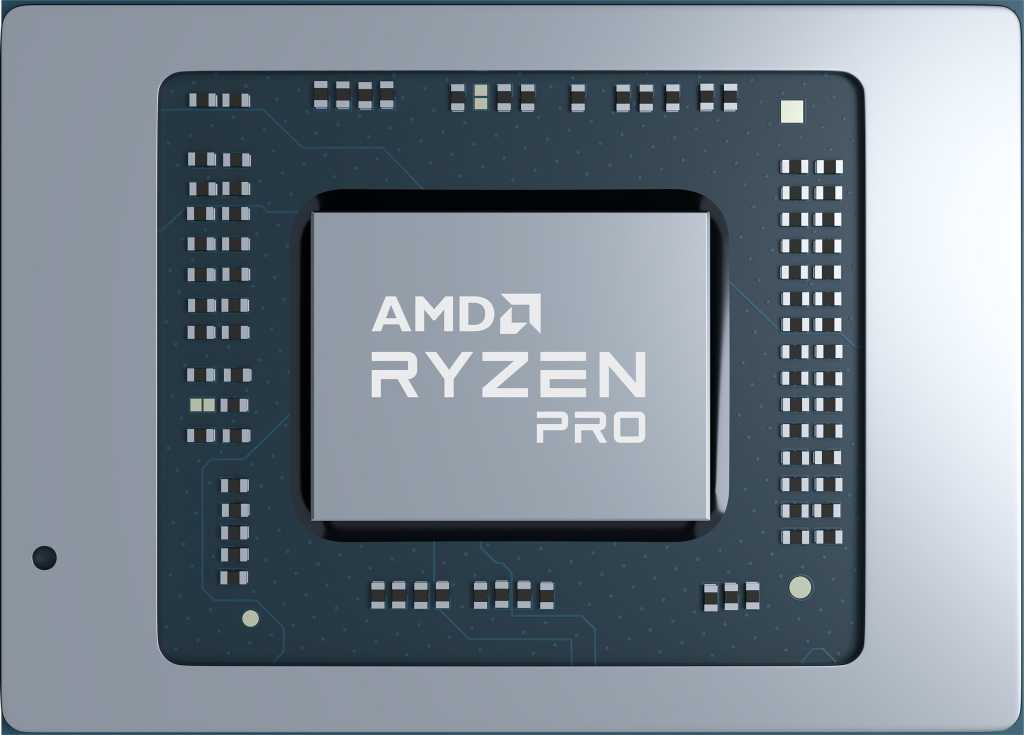 The three chips, the Ryzen 7 Pro 5850U, Ryzen 5 Pro 5650U, and Ryzen 3 Pro 5450U, will feature more corporate-focused security and management features needed for large fleets of commercial laptops, such as AMD PRO, Shadow Stack, Secured Core PC and FIPS 140-3. For small business customers who don’t need the corporate management and security features, AMD will offer its consumer Ryzen 5000 U-class chips.

Corporate laptops, once a near-lock for Intel, are starting to show some AMD red inside. In 2018, the company said you could find 21 commercial laptops with Ryzen inside. By 2020, that number grew to 47. The latest Ryzen Pro 5000 models will be featured in 63 models.

Ryzen Pro 5000 and Ryzen 5000 laptop chips should make it far more interesting. One advantage Intel has been touting is “real-world” application performance. Although it’s impressive to see Ryzen lap Intel CPUs in 3D modelling and other intensive tasks that require more CPU cores, the average laptop user cares far more about performance in Microsoft Office and other mainstream applications. Business customers probably care even more about that—and AMD said it’s as fast or faster there.

For example, AMD said in UL’s PCMark 10 App test, which uses Microsoft Office to measure performance in productivity tasks, a Ryzen 7 Pro 5850U will outperform a Core i7-1185G7 by 7 percent. In the section of the PCMark 10 that uses open-source office apps, Ryzen leads by about 23 percent.

AMD also said it leads in Passmark 10 and Geekbench 5 by a 25-percent margin. In a test suite combining results from a raft of productivity benchmarks, including PCMark, WebXPRT, SYSMark 2018, and SYSMark 25, the Ryzen Pro 5 and Ryzen Pro 7 posted leads of 6 percent and 10 percent, respectively, over the Intel’s Core i7-1185G7 (11th-gen Tiger Lake).

Battery life is good, too

What the Pro chip says about consumer chips

Although AMD has already announced its Ryzen 5000 U-class chips, we’ve yet to see laptops ship with them. Because the Ryzen Pro 5000 chips appear identical in core and clock speeds to the consumer chips, we should expect the Ryzen 5000 U-class chips to offer similar performance. That’s likely to put them back into contention with Intel’s excellent 11th-gen Tiger Lake chips in the applications most people do on thin-and-light laptops.