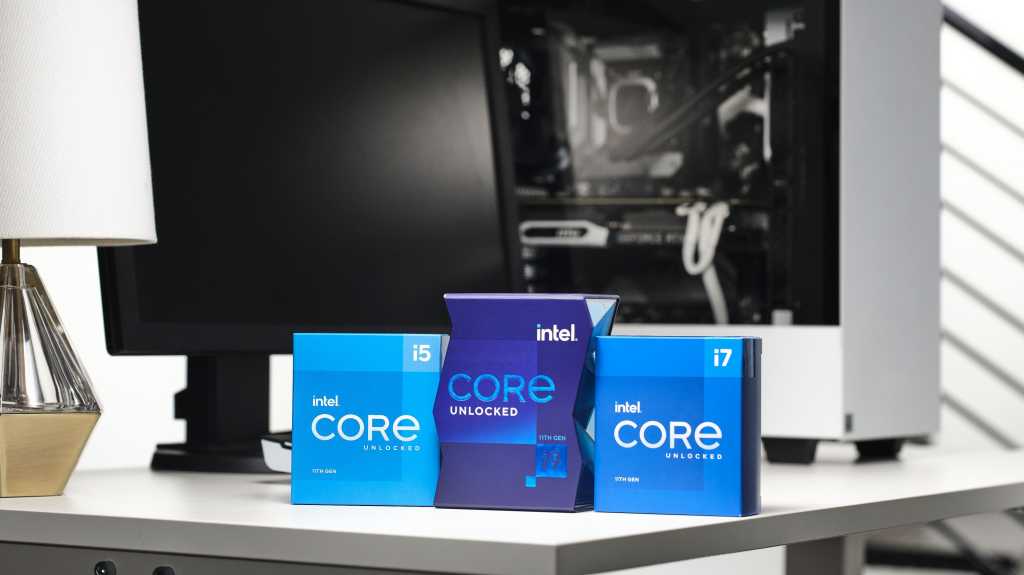 Now that Intel’s 11th-gen Rocket Lake CPUs have formally adopted memory overclocking on locked CPUs, including adding support for more budget-friendly motherboards, you might assume the behavior carries no risk of voiding your CPU’s warranty.

Like most assumptions, with this one you’d be wrong. Memory overclocking typically means running the memory beyond industry specs, such as running DDR4/2933 at the speed of DDR4/3200. Even though Intel now allows non-K chips or locked chips to overclock memory on cheaper H570 and H510 motherboards, the company still considers such behavior to be outside the warranty.

“Overclocking is not something that is covered under your warranty. So if you damage a part due to extreme overclocking or something, that’s not covered,” an Intel official confirmed to PCWorld during the Rocket Lake press briefing. The official further confirmed, “XMP is classified as overclocking, so memory overclocking would fall under that same umbrella.”

That’s been Intel’s official policy for years, actually, but adding locked CPUs opens up a broader swath of would-be overclockers to the risky business. If you buy a Corsair Vengeance DDR4/4000 kit or a G.Skill DDR4/4800 kit, for instance, you can achieve those memory modules’ high data rates only by enabling the system’s XMP or eXtreme Memory Profile, which loads settings stored on the memory.

Those settings typically require increasing the voltage beyond the spec’d 1.2 volts. In the Corsair kit, you’d be pushing it to 1.35 volts. For the even higher clock rates of the G.Skill, it’s 1.5 volts. Because the memory controller lives inside the CPU today, that means increasing voltage to the CPU as well, which is where the companies get touchy about the warranty.

It’s not just Intel, either. Asked for its official stance on using XMP or its own AMP profiles on a CPU, AMD officials gave PCWorld the same answer Intel did. “AMD’s product warranty does not cover damages caused by overclocking, even when overclocking is enabled via AMD hardware and/or software. This would include any form of memory overclocking.”

Before you post an ALL-CAPS comment about this on Reddit, read this: Even though these are the official stated policies of AMD and Intel, both companies often enforce a “don’t ask, don’t tell” policy. Gamer’s Nexus actually made multiple attempts to have a CPU warranty voided by Intel support and found it very difficult to have XMP become an issue.

Memory “overclocking” tends to be fairly safe unless you’re reaching for extremely high clocks for that RAM–and by association, the CPU. For the average person who runs a PC at its stock speed and then flips on XMP support to hit DDR/3200 at 1.35 volts, the risk is generally recognized to be very low.

If the risk is so low, why do Intel and AMD draw a line in the sand? It’s likely to reduce legal liability. If Intel and AMD say a CPU will run at a certain speed, they’d have to certify that every single chip will hit those speeds. That’s cost-prohibitive for memory clocks few would pay for anyway.