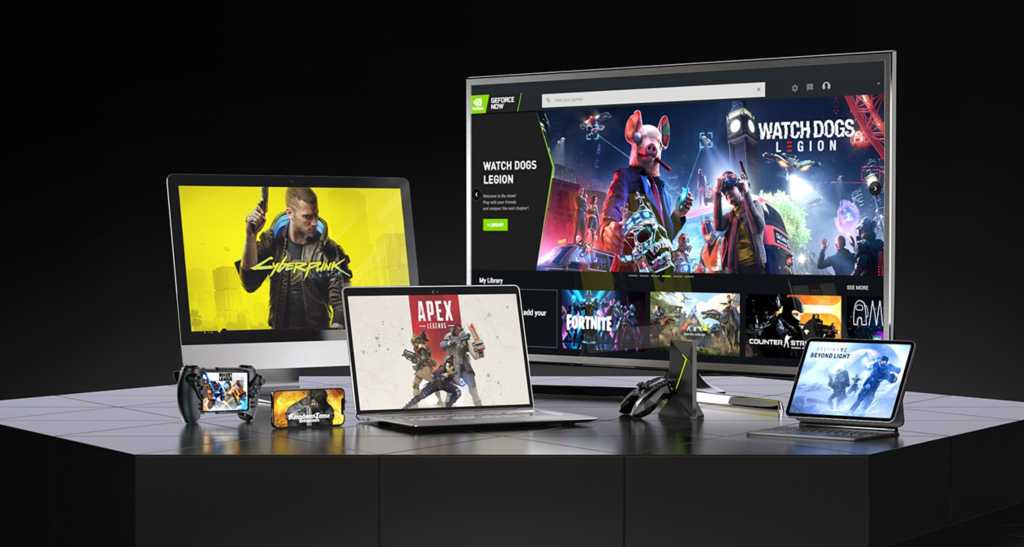 When it launched last year, Nvidia warned that the $5 “Founders” subscriptions to its stellar GeForce Now game streaming service would only exist for a limited time, and on Thursday the company kept its promise. Going forward, the premium tier for GeForce Now will be dubbed a Premium membership and cost $10 per month or $100 per year, twice as much as before. Bummer.

Doubling the price of a paid GeForce Now subscription doesn’t look good at first blush, but it’s not quite as bleak as it sounds. Nvidia will still offer free, unlimited-use GeForce Now accounts that let you play your PC games for up to an hour before asking you to join the queue again. The paid Premium membership earns you a spot at the front of that queue and extends session lengths to six hours, and it lets you turn on real-time ray tracing in games that support it. It’s an exact match for the previous Founders subscription’s feature set, just with a new name and twice the cost.

Well, for new members. If you jumped on the GeForce Now bandwagon early Nvidia will let you keep the lower rate. “GeForce Now wouldn’t be what it is today without our Founders members,” the company’s announcement states. “That’s why we’re adding the Founders for Life benefit, which continues the special $4.99 introductory rate as long the account is in good standing.”

You don’t need to pay anything for GeForce Now though. The service hooks into your existing game libraries to let you play games you already own if the developers allow it, so dozens of free-to-play games already work with GeForce Now (including titans like Fortnite, League of Legends, Rocket League, Apex Legends, and Counter-Strike: Global Offensive.) Nvidia added about 10 games per week to the service in 2020 and says it wants to double the pace for this year. You can find a list of the hundreds of supported games here.

If you decide to pay up for a Priority membership’s longer session lengths, $10 per month is a lot cheaper than trying to snag a new graphics card during the Great Global GPU Shortage Of 2021. Buying actual hardware is hard right now. Graphics cards sell out instantly online and appear on resale sites for twice their MSRP—or more. Even used two- or three-generation-old GPUs are going for more than they sold for new at launch many years ago. Things are so bad that Nvidia is bringing the ancient GTX 1050 Ti out of retirement to help with the crunch.

So yeah, GeForce Now doubling in price is a bummer, but a worthwhile one if you’re stuck at home and can’t find a new graphics card to play games on. It streams at 60 frames per second at 1080p resolution, so you won’t be able to take full advantage of a nice 1440p or 4K display. But if you have the network bandwidth to keep up with the service—my basic Comcast home Internet connection does just fine—GeForce Now offers a surprisingly good experience, with no tedious game downloads required and far less lag than you might expect.

If you’re curious, my pal Alaina Yee wrote an explainer on what you need for a good GeForce Now experience, and you can sign up for the service here.