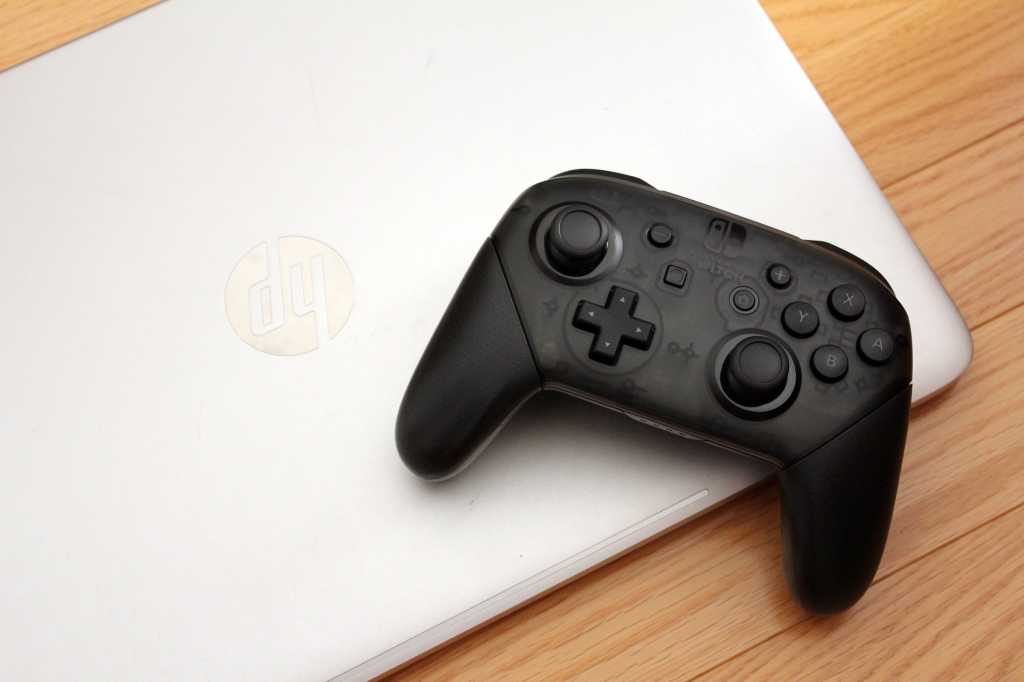 Nvidia’s second-generation Deep Learning Super Sampling (DLSS 2.0) technology could be breaking free of its PC confines to power the visuals in a forthcoming Nintendo Switch upgrade, Bloomberg reports. A new version of the Switch with a fresh Nvidia GPU and a luscious OLED display could appear in time for the holidays. If true, a DLSS-powered Switch will open a new front in the war between Nvidia and AMD.

DLSS works like black magic when it’s tuned correctly. It allows modern GeForce graphics cards to render games at lower resolutions internally, then uses dedicated tensor core hardware and machine learning to upscale the final image to your desired higher resolution. The final result can look virtually identical to native rendering, but with performance far higher than you could ever achieve without the AI upscaling tricks. Bloomberg says that thanks to DLSS, the new Nintendo handheld would target 4K resolution when it’s docked and plugged into a TV.

The circa-2015 Nvidia Tegra X1 processor in today’s Switch lacks the tensor cores necessary to deploy DLSS. The upgraded Switch—be it called “Switch Pro” as current rumors suggest, or the fantastic “Super Nintendo Switch” recommendation by GamesBeat’s Jeff Grubb—would come with a new chip to unlock the feature. In addition to a faster GPU with tensor cores, it would also upgrade the CPU and memory capacity, Bloomberg reports.

Console battleground in a PC war

This console rumor could have big ramifications for PC gaming.

Realistic ray tracing effects are picking up steam, but its steep performance hit all but requires upsampling technology to deliver playable 60 frames-per-second-plus frame rates, especially as you move beyond 1080p resolution. Nvidia struck first on the PC front, introducing ray tracing and DLSS with its last-generation GeForce cards in 2018. Ray tracing only debuted on AMD hardware late last year in the form of the Radeon RX 6000-series, the Xbox Series X, and the PlayStation 5.

AMD lacks a DLSS-like upscaling feature, so its Radeon graphics cards lag far behind rival GeForce options with ray tracing active. That said, the company has been teasing a comparable feature dubbed “FidelityFX Super Resolution” since the Radeon RX 6800’s November launch. AMD hopes that its inclusion in the next-gen Xbox and PlayStation will allow FSR to roll out as a universal implementation that game developers can use on consoles and PCs alike.

Nvidia isn’t sitting idly by, however. Over 25 games already support DLSS and the ultra-popular Unreal Engine for game development recently added DLSS 2.0 as a plug-in. Nintendo leaning heavily on Nvidia’s DLSS for its next-gen Switch could fuel further adoption and chuck a monkey wrench into AMD’s “Consoles give us a huge edge” narrative. That said, triple-A games full of eye candy tend to target Sony and Microsoft’s consoles along with the PC, while the Switch’s strengths lie in first-party Nintendo games that never make it to gaming computers, so we’ll see what happens—and if this rumor holds any truth to begin with—as the months drag on.