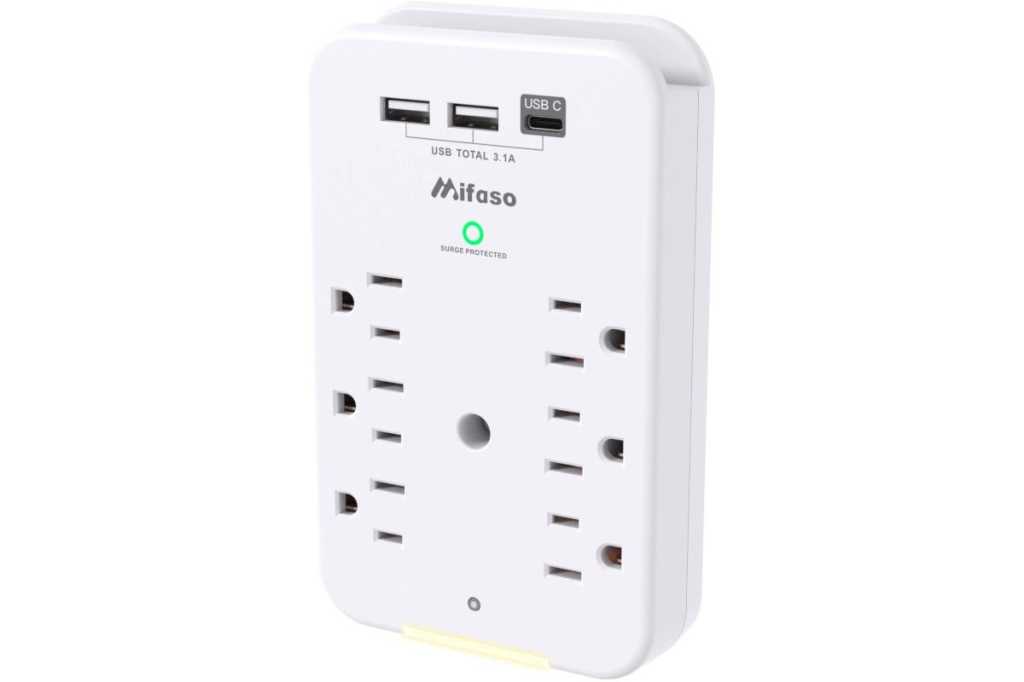 If you’re in need of an outlet with plenty of plugs that will keep your precious electronics safe from unexpected energy spikes, we’ve found an excellent deal for you today. Amazon is selling the Mifaso six-outlet extender for $9.59 after applying the promo code 8QE2GN5S. That promo code takes $6.40 off the price, which was $15.99 at this writing.

This is a “wall wart”-style surge protector. It comes with six regular wall outlets, as well as two standard USB ports and a single USB Type-C port. Each port works as a 5 volt/2.4 amp charger for pretty much any device, with a maximum combined output of 3.1 amps. The ports will charge an iPad very slowly, but for most phones and other small devices it’ll be great.

As if that wasn’t enough, the very top of the surge protector has a divot in it to rest a mobile phone to charge a device and use it at the same time. That’s an awful lot of utility for less than the price of a large pizza.