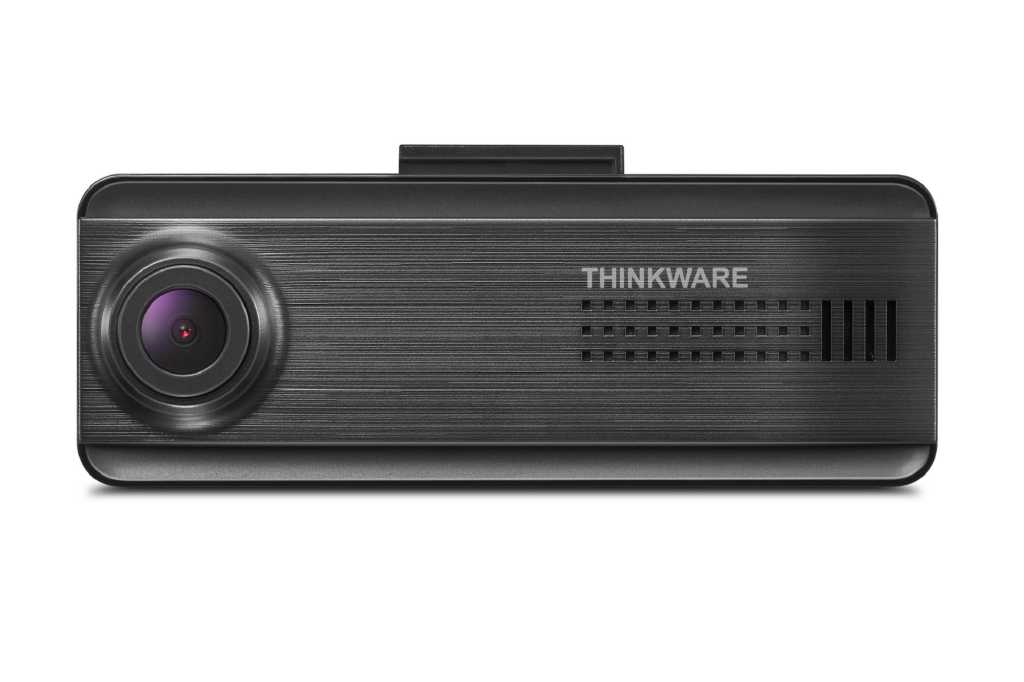 The Thinkware F200 Pro is one of the classier units we’ve tested and it takes excellent 1080p video (narrow color gamut) both day and night. A bit pricey, but worth it.

Thinkware’s F200 Pro is the slimmest, least dash-cam-like dash cam we’ve ever tested. That’s a very good thing if you don’t want people to know you’re recording, or simply want to remove it from your own view behind the rear-view mirror. Beyond that, it’s one heck of product, worth the slight premium over rock-bottom budget models.

The dual-channel F200 Pro is available in three configurations: the front dash cam alone (w/16GB SD Card) for $140 on Amazon , a bundle with the rear camera (an $80 module separately) and a 32GB SD card for $200 on AmazonRemove non-product link, and the bundle plus an external GPS module for $230 (including a 32GB SD card). Thinkware didn’t send me the latter modules for testing, but judging from my previous Thinkware experiences, they’re likely top-notch.

The primary reason the F200 Pro manages such a tiny profile (approximately four inches wide by one inch thick, and just under two inches tall) is that there’s no display. All configuration and control are done via the Thinkware phone app. Thinkware has gone display-less before with its dash cams, but until the F200, it never resulted in such a severe reduction in size. As small as it is, the dash cam runs only slightly warm to the touch, so good job on the shrink job, Thinkware.

The F200 Pro also has a supercapacitor, which keeps the unit going for a good two seconds. That’s easily long enough to save any capture in case the DC is interrupted. Not as good as battery that will allow recording post-interruption, but power-loss events are very rare.

Also on board is a low-power parking mode with extensive settings to make sure your car battery remains capable of starting the car when it’s in use. There’s a storage-saving time-elapse record mode as well.

The whole deal is capped off by Wi-Fi connectivity with your phone and the Thinkware app. Wi-Fi isn’t quite as handy as Bluetooth, as you lose your Internet access, but it’s an easy and fast way to view and offload videos. It’s also more compatible. That comment stems from my recent experiences with dash cams that don’t like the Bluetooth implementations on older phones’ operating systems.

Though the F200 Pro lacks an integrated display, the phone app and voice feedback had me not missing it in the least. I’m a bit loath to admit it, but I’ve grown to like the phone-centric approach. At least when it results in a small form factor. Yup: I’ve evolved. Or maybe it’s decadence. You decide.

The F200 takes highly detailed video, though it lacks wide color gamut—the color is a bit cold compared to some HDR-enabled units. But wide color gamut and HDR don’t help when it comes to documenting evidence, so that’s not a knock, just an FYI.

The daytime screen capture shown below was taken during a rather damp, though still bright day here in San Francisco. I mounted the camera on the dash this time for a more panoramic, street-level view.

The night capture illustrates my comment about a narrow color gamut, but the detail, even in the surrounding area, is first-rate. Thinkware calls this Super Night Vision.

Excellent for the price

The F200 Pro is is one of the classier units we’ve tested, and it takes excellent 1080p video (narrow color gamut) both day and night. The additional driver-assist features will appeal to some, but the phone app was so easy to use it finally made me a believer. A bit pricey, but worth it.