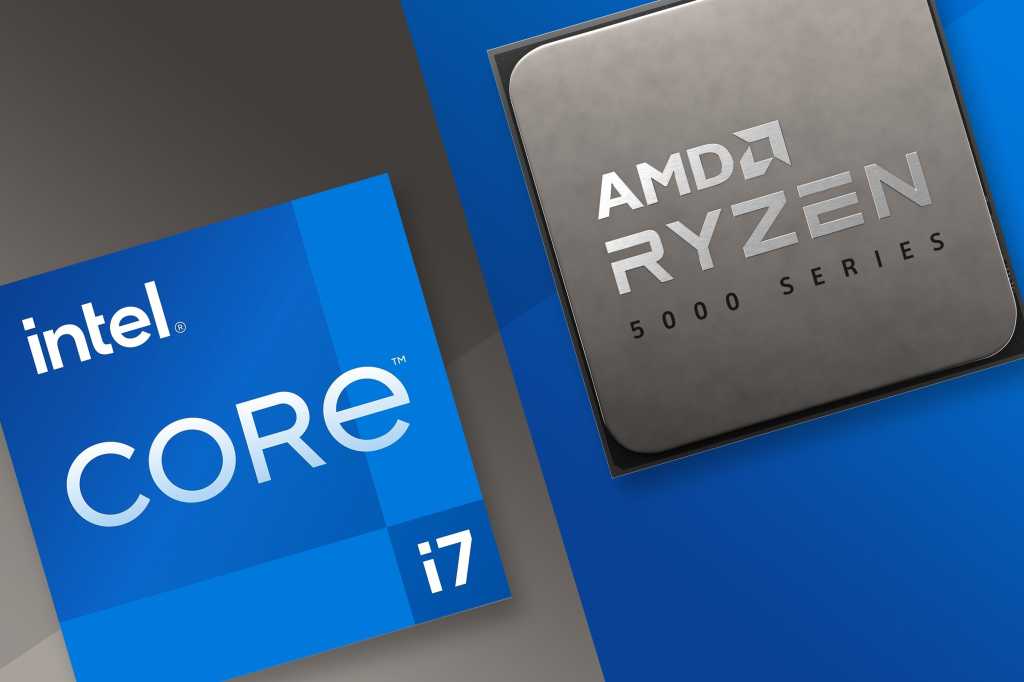 AMD versus Intel. Ryzen versus Core. Over the past few years, the two chip giants have been going toe-to-toe. This round pits AMD’s powerhouse desktop Ryzen 5000 chip (represented by the Ryzen 5900X) versus Intel’s new 11th-gen desktop Core chip, Rocket Lake-S (the Core i9-11900K).

We’ve gathered information that each manufacturer has published about the Ryzen 5000 and the Rocket Lake-S chips, plus our own conclusions from our reviews of each chip on features, price, power, and performance, to help you choose which is best for you. Some factors, however, are out of our control—namely chip availability, and the price-gouging that can come with that. The best chip for you may be the one you can buy at the most reasonable price.

The contenders: Ryzen 5000 versus 11th-gen Core

AMD’s Ryzen 5000 uses the same AM4 socket as the Ryzen 3000, meaning that it will work with existing X570 or B550 boards. Just make sure to upgrade your motherboard’s firmware to support it.

None of the new Rocket Lake-S chips are members of the Core i3 family. Instead, Intel launched a “refreshed” 10th-gen Comet Lake-S lineup that includes Core i3 and Pentium processors.

Intel’s 11th-gen Rocket Lake-S chips use Intel’s existing Socket LGA 1200. This means the chip will be backward-compatible with existing 400-series motherboards, though with a bump to DDR4-3200 memory and support for PCIe 4.0. The bad news is that Intel’s next desktop chip, Alder Lake, may shift to a new, incompatible LGA 1700 socket.

The global pandemic, global semiconductor manufacturing issues, and frantic demand for PCs and semiconductors have made availability almost a day-by-day concern. AMD’s Ryzen 5000 was plagued by shortages almost as soon as it was announced; it’s probably too soon to say whether Intel’s Rocket Lake-S will do the same. 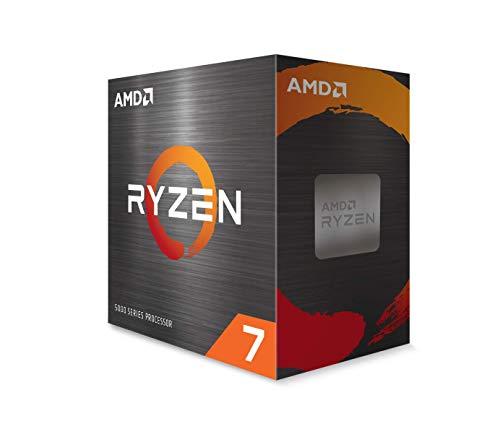 At press time, we found that supplies of AMD’s Ryzen 5900X and 5950X were either largely sold out or priced at several hundred dollars above their MSRPs. However, we were able to find sites offering the cheaper Ryzen 7 5800X at or near the $449 retail price, such as NeweggRemove non-product link. The CPU market has been so roiled by heavy demand and limited supply, however, that availability can change on a day-by-day basis.

Here are the MSRPs for Intel’s Rocket Lake-S. More details of the speeds and other characteristics can be found in our original story of the Rocket Lake-S launch. Remember, the “K” chips are unlocked for overclocking, while the “F” series chips don’t have an integrated GPU and will have to be used with a discrete graphics chip. Intel’s “T” series processors are low-power offerings. 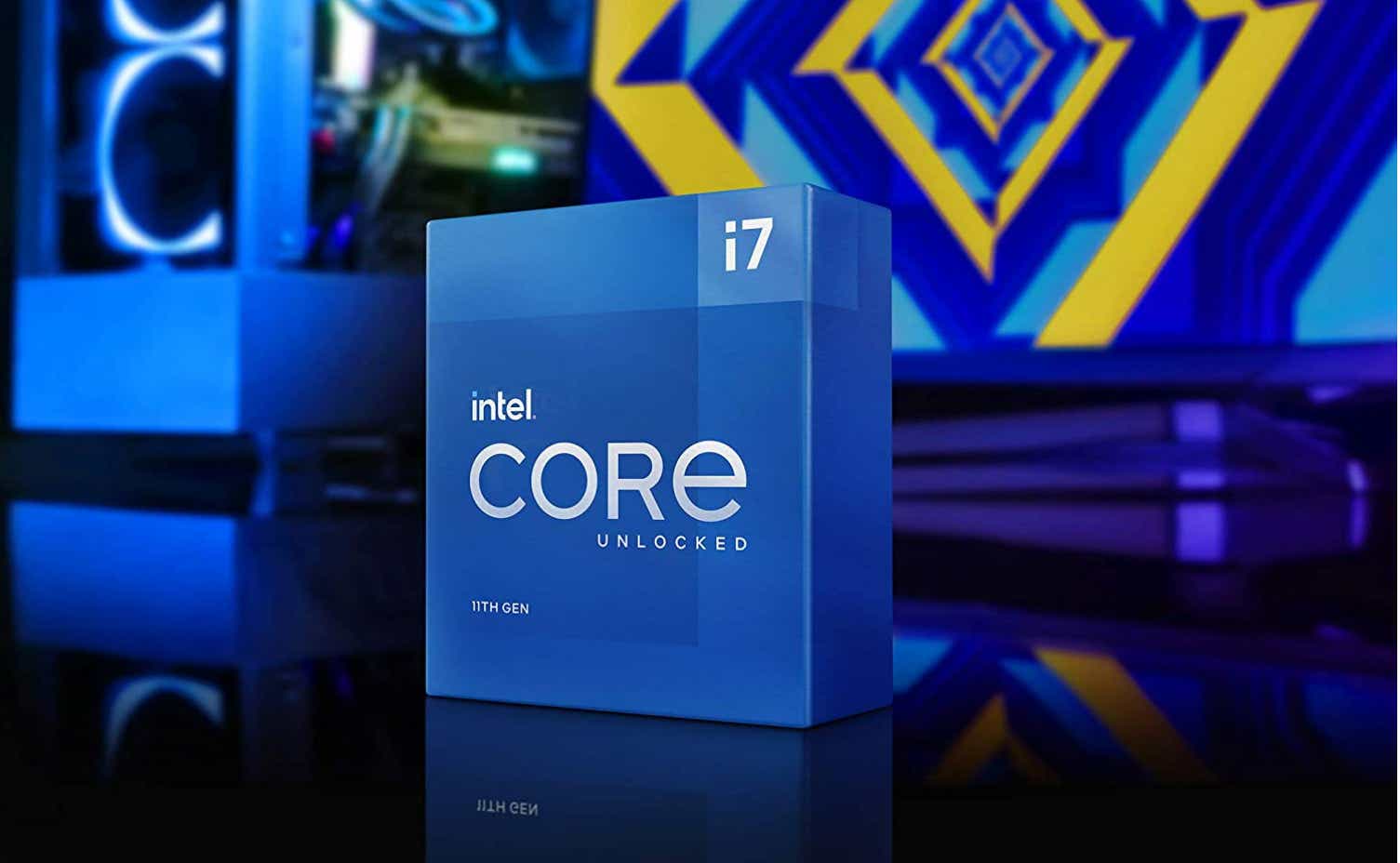 On paper, AMD clearly offers more performance in terms of cores and threads. But if you can’t find a new Ryzen, does that matter? What we don’t know is whether the newly-minted Rocket Lake-S chips will be equally hard to find. (Antonline has been vocal in that the retailer has the Core i5-11500, Core i5-11600K, Core i7-11700, and the Core I7-11700K processor available for pre-ordering.)

It’s possible that for this generation, AMD and Intel will swap their traditional roles. Up until a few years ago, AMD offered lower performance—but you could at least find an AMD chip to buy. Today, AMD is claiming the performance throne—but selling out of many of its chips almost immediately. We’ll have to see whether Intel’s broad, diverse, 11th-gen offering helps it win the PC marketplace.

Here, the story of the two processors is a simple one: If you run an application that taxes every CPU core of either processor, AMD’s Ryzen 9 5950X essentially uses half the power of Intel’s Rocket Lake-S chip. That’s an incredibly stark difference.

In gaming, however, the gap narrows. Note that we’re comparing the overall system power of the two desktop PCs, rather than trying to isolate the power consumed just by the CPU. Still, this would also be true of any system you’d run, too.

For the full details, be sure and check out our power comparison of AMD’s Ryzen 5000X and Intel’s Rocket Lake S chip. Overall, the winner, in terms of power, is AMD’s Ryzen 5000 chip.

The ongoing battle between AMD and Intel can often see-saw back and forth, depending upon which vendor has the latest chip. In this case, AMD’s Ryzen 5000 processor is about five months old, compared to Intel’s brand-new 11th-gen Core i9-11000K. Until now, that’s meant we’ve been forced to compare Intel’s “Comet Lake” 10th-gen Core chips against the latest Ryzen 5000 chips.

Alas, Intel’s newcomer does not reclaim bragging rights. According to our testing, certain applications will show decided wins for AMD’s Ryzen, while others give the (usually slight) edge to Intel. While you’ll have to read our full Core i9-11000K review to decide who landed the deciding blow, we can show you a sneak peek of our head-to-head gaming showdown to help you decide. Keep in mind that we’re comparing AMD’s Ryzen 9 5900X to Intel’s Core i9-11000K—not the Ryzen 9 5950X, which at an effective price of $1,200 at press timeRemove non-product link is essentially unaffordable for many.

To date, Intel’s latest have improved over the prior generation in performance, but still lag behind AMD’s in many respects. Here’s how we summed up the current state of play:

“Intel’s 11th-gen chip is generally faster than its 10th-gen ancestor by decent margins. While Ryzen 5000 has generally led Intel’s older 10th-gen chip in gaming, the 11th-gen Core at least puts Intel back into the conversation.”

We’ve laid out a number of considerations to think about when deciding which of these new chips to buy. First, can you buy each processor? The jury’s still out on that. If it’s true that Intel’s Alder Lake and subsequent chips will move to a new, incompatible socket, then making a Rocket Lake-S investment offers no hope for an upgrade. The power question clearly favors AMD—and your electricity bill! Finally, there’s performance, which ends up being a closer race than we might have otherwise expected.

If there were a clear-cut winner, we’d name it. Otherwise, the choice between the two processors comes down to chip availability—and your priorities. We can say this for certain, however: Competition is good.