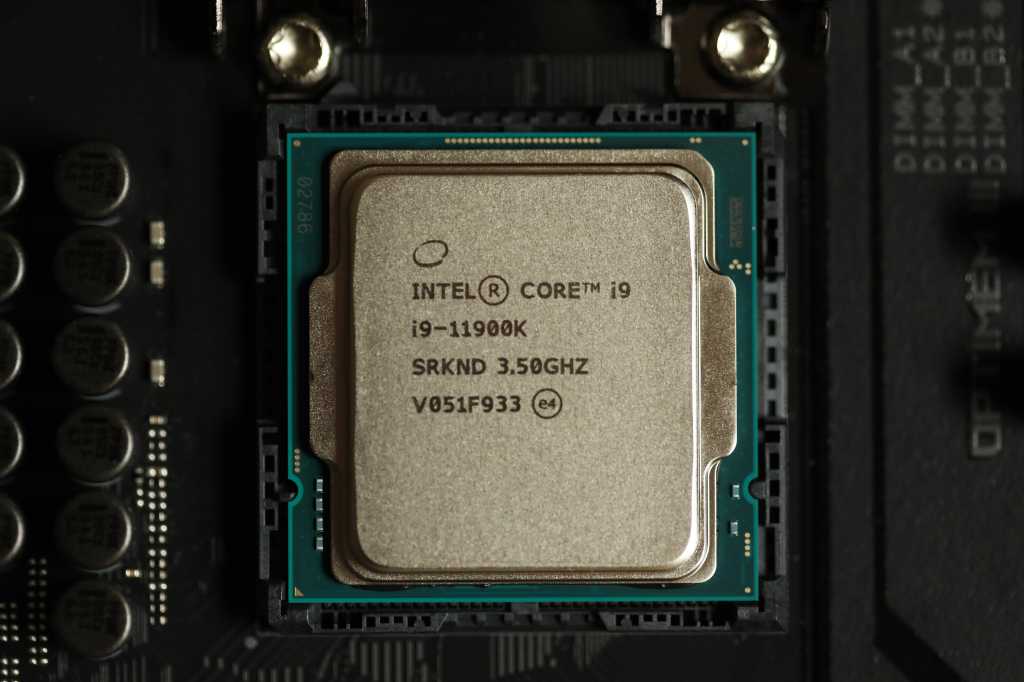 How much power a desktop uses hasn’t often mattered that much, because usually there was a performance benefit to compensate. But it’s hard to ignore power consumption with Intel’s 11th-gen Rocket Lake given early reports of its guzzling habits.

To look at just how much power the chip uses, we set up two systems with the base components of CPU, motherboard, RAM, GPU, Cooler and M.2 SSD. All motherboard LEDs were disabled, and the machines were put into airplane mode. With both machines equipped with matching Corsair HX1000 80 Plus Platinum power supplies, we then used a USB device to control the mouse and keyboard actions simultaneously on both machines, while recording the power consumptions of both at the plug. The power was measured using external watt meters, with the capture on a laptop to prevent any additional loads on the test systems.

Although this can’t eliminate, say, how much power the motherboard chipset or GPU consumes, it’s of far more value for the person who actually pays for the electricity. And while it can’t tell you how much power the CPU itself uses, you don’t only consume power at the CPU socket either.

We first reboot the system, let it settle, and run an all-core Cinebench R20 test. We then manually run Cinebench R20 using from a single thread to the maximum number of threads the CPUs have.

You can see that on very light loads, the 11th gen Rocket Lake uses from 10 to 20 percent more power. That’s not great, but it’s not horrible, either.

To give you an idea of how ugly this can get, we next run HandBrake, which sees the total system power pushing 360 watts to 380 watts. It gets worse when you remember that the Ryzen 9 5900X never exceeds 240 watts, yet it finishes the encode far faster. You can see that below, where the blue line is the Ryzen 9, and the purple line is again the Core i9.

For those who want to save electricity or want the greenest CPU, Rocket Lake isn’t their chip.

It would be irresponsible for us to leave you with the impression that Rocket Lake will always consume twice the power of Ryzen 9. The truth is, for most of what people do, the CPU doesn’t consume that mad amount of power.

We captured a few runs of games and less core-intensive applications. Below, for example, you can see three runs of the game Metro: Exodus. With that GeForce RTX 2080 Ti FE now using power, you can see the Ryzen 9 system drawing about 420 watts during its run, while the 11th-gen Rocket Lake pulls about 460 watts. You can expect that kind of consumption in most games, which continue to be mostly single-threaded.

Some games that do stretch those core counts, will see 11th-gen Rocket Lake spike upward. Ashes of the Singularity: Escalation is one of those. We set it to run through its CPU-focused benchmark and recorded the run. The 11th-gen Rocket Lake consumes more power, but it doesn’t approach what we saw from it in HandBrake.

Looking for a combination of light and heavy loads along with advanced instruction set support, we fired up GeekBench 5.40 and recorded it on both systems. On the left side you can see that for the most part, the single-threaded benchmark runs are fairly close. On the multi-core tests, the 11th-gen Rocket Lake might spike to 300 watts, while the Ryzen 9 is at 230 watts.

Like all things, the impact of Rocket Lake’s power consumption depends on what you do. For most gaming and general use, the uptick is not a big deal. However, if you intend to hammer all cores on your PC all of the time, Rocket Lake will exact a heavy toll.