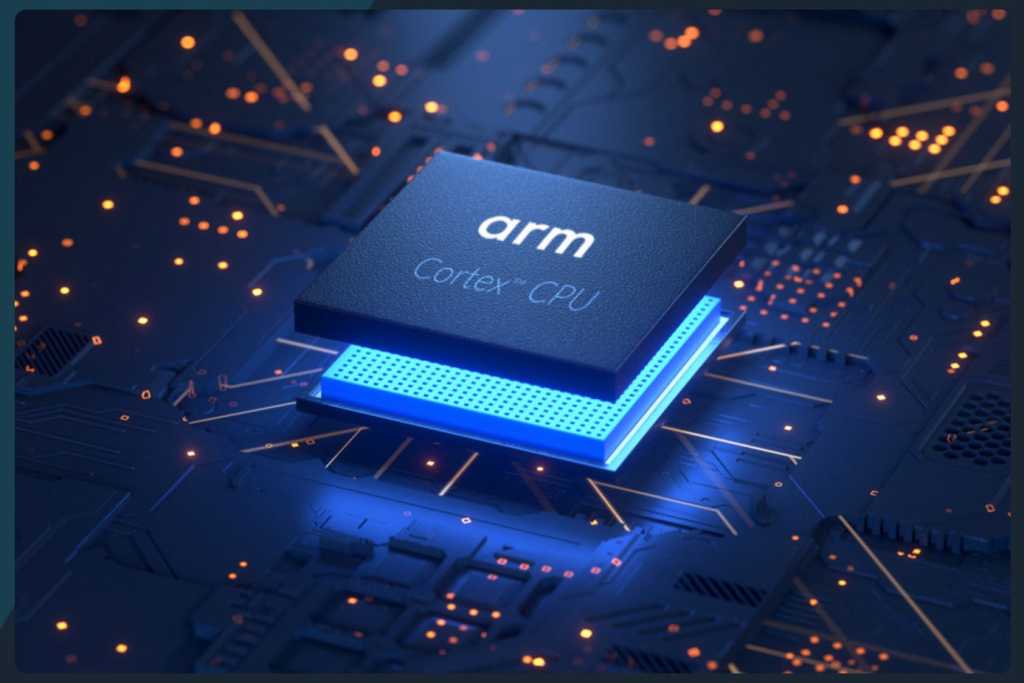 Arm said Tuesday that ray tracing and variable rate shading will migrate from the PC to Arm-powered smartphones and tablets as part of Armv9, the next-generation CPU architecture that the company expects will power the next decade of Arm devices. Chips based upon the v9 architecture will be released in 2021, providing an estimated 30-percent improvement in performance over the next two Arm chip generations and the devices that run them.

Arm’s v9 will also add SVE2, new AI-specific instructions that will probably be used for the AI image processing used on smartphones, such as portrait mode. Arm v9 will also include what Arm is calling Realms, a hardware container of sorts specifically designed to protect virtual machines and secure applications.

As an intellectual-property licensing company, Arm enjoys a unique position in the computing industry. Phones, tablets, and servers never include chips directly made by Arm; instead, companies like Qualcomm, Samsung, Apple, and others sign licensing agreements wirh Arm, giving them the freedom to manufacture chips designed by Arm, or tweak them to create their own customized designs. Kevin Jou, the chief technology officer of Mediatek—whose chips typically appear in Chromebooks and low-end smartphones—predicted that his company will have an Arm v9 chip by the end of 2021.

Though Arm has been the engine powering smartphones for several years, Apple’s release and conversion to Arm-powered M1 Macs propelled it into the spotlight—and Apple, presumably, will incorporate the v9 architecture at some point. Arm is also making its way through an involved acquisition process by which it hopes to be purchased by Nvidia, a timeline that will overlap with the v9.

Arm’s v9 architecture will intersect with 2021’s “Matterhorn,” the successor to the Cortex-X1/A78 smartphone CPU Arm introduced in 2020, and “Makalu,” the 2022 core that follows Matterhorn. It’s the latter core that will represent the 30-percent increase, Arm said. Arm also releases a new Mali GPU every year, an Arm spokesman said.

Arm chief executive Simon Segars noted that the 30-percent performance improvement estimate was limited to instructions-per-clock improvements. If a Samsung or Apple tweaks the clock speed or the design, performance could further increase.

“What’s great about all of this CPU and system performance, is that it applies equally to notebook performance, as it does to mobile performance,” added Peter Greenhalgh, vice-president of technology at Arm, during a presentation to reporters and analysts.

That’s not a trivial claim. Arm lies at the heart of both the most powerful supercomputer in the world—Japan’s Fugaku, with 7,630,848 Arm A64FX cores—as well as Cortex-M powered wearables from Sony, Huawei, and others, and everything in between. Arm v9 spans all of that.

What Arm is trying to accomplish in v9 includes the Arm Confidential Compute Architecture, which will include the concept of Realms. Realms will provide better protection to virtual machines, which can include anything from Windows Sandbox on Windows PCs to secure banking applications on smartphones. Though hypervisors protect today’s virtual machines, they still share the same memory space. A Realm would support each virtual machine with some dedicated trusted hardware, though Arm, for now, isn’t really saying how.

Arm’s Segars noted that governments or private companies might offer, or require, digital proof of Covid vaccinations that we can carry around on our smartphones. “It might make sense for us to carry our medical information around with us in digital form, including things like allergy or medication data…but for me to get comfortable with something like that, I’d want advanced encryption running on my device, beyond what’s possible today.”

Richard Grisenthwaite, Arm’s chief architect, said that Realms will protect data even if the phone’s operating system is compromised, and that employers won’t need to issue their own smartphones because of it. Arm is also working with Google to secure the phone’s memory with special memory tagging extensions, he added.

Arm’s claims of overall performance improvements in the 30-percent range over the next two generations may be the closest we get to a sense of how Arm’s v9 cores will improve, at least for now.

Arm said that it had worked with Fujitsu and its Fugaku supercomputer designers to develop a new set of instructions, called Scalable Vector Extension 2 or SVE2, which will be used as a foundation for machine learning and digital-signal processing applications. ML can be used to streamline the processing of on-device commands, as well as virtual reality applications.

Arm said that it will be adding additional AI capabilities to its Mali GPUs and Ethos NPUs over the next few years. AI has been the magic behind “portrait mode” and other computational photography, such as on the Google Pixel lineup. Nvidia, too, will eventually bring its own capabilities to the table.

““Nvidia sees enormous opportunities to bring the transformative powers of AI deeper into gaming, autonomous vehicles, enterprise data centers and embedded devices,” Brian Kelleher, senior vice president of hardware engineering at Nvidia, said in a statement. “Through our ongoing collaboration with Arm, we look forward to using Armv9 to deliver a wide range of once unimaginable computing possibilities.”

Arm didn’t offer many details of when these features will be arriving. Still, just knowing that these technologies are on the way offers an exciting glimpse of the future ahead in smartphones and Arm-powered PCs.