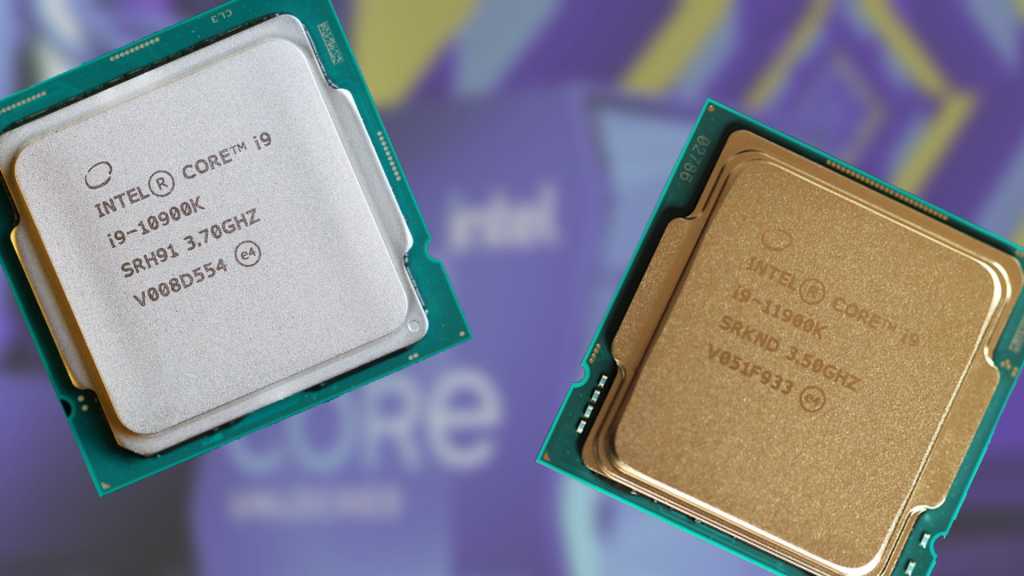 Intel’s new 11th-generation desktop processors hit shelves on Tuesday, and as you’ll see in our comprehensive review, Rocket Lake does zip along. But should you purchase it rather than the previous generation of Comet Lake chips? We pitted the top part from each line against each other, with a surprising end result. 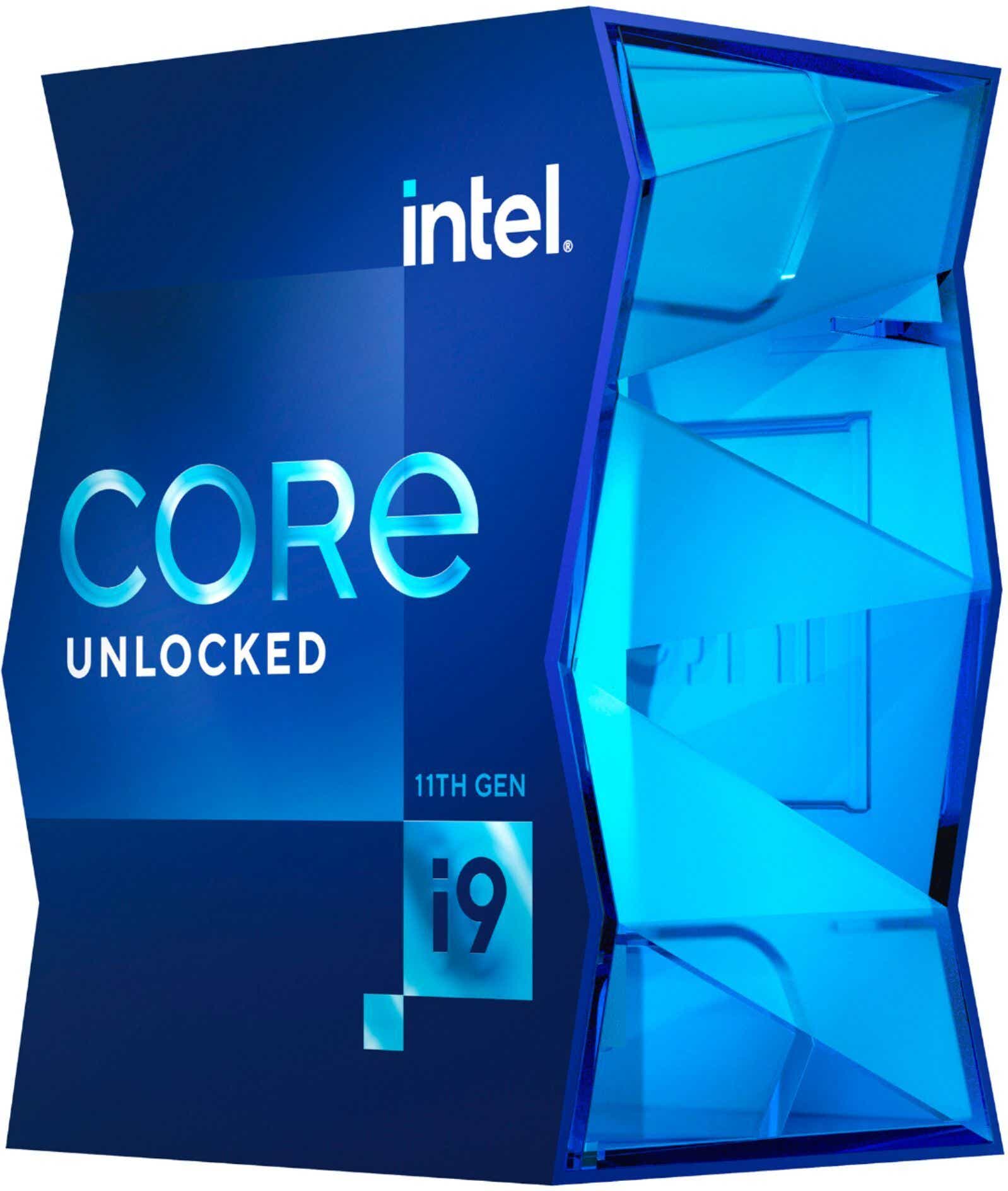 Intel boasted an up to 19 percent increase in IPC performance for its shiny new Core i9-11900K processor, and it largely delivers that in games. Across the eight titles we benchmarked, the 11th-gen i9 chip outperformed its 10th-gen predecessor by an average of about 7 percent, but a couple of games peaked around that 19 percent plateau. In Ashes of the Escalation, the 11900K steamed ahead by about 21 percent, while in Gears Tactics, it posted an 18 percent improvement.

That said, remember that the higher the resolution you play at, the less you’ll see this difference in performance. Move up to a wide aspect ratio, 1440p, or even 4K display, and the gap will narrow. The 11900K’s main win when it comes to gaming is re-establishing Intel’s competitiveness with AMD’s comparable Ryzen processor.

The 11900K has two less cores than the 10900K, but whether you even notice that depends on the type of content creation work you do.

The 10900K wins in some multi-threaded 3D rendering benchmarks, but not all. It has the edge, by 5 to 9 percent, in older benchmarks or those that don’t lean on newer instruction sets. But in a benchmark like Cinebench R20, the 11900K triumphed by about 4 percent. The chip that prevails here depends on which benchmark your workload aligns with. For example: Cinebench R20 may have more relevance if you work with Adobe products, as Adobe licenses Cinebench’s commercial engine for use.

You can better see how this plays out in our Photoshop, Lightroom, and Premiere benchmarks: in the Photoshop and Lightroom tests, the Rocket Lake CPU consistently outpaced its Comet Lake equivalent. Depending on the benchmark, you’ll see an increase of about 2 to 13 percent in overall performance. 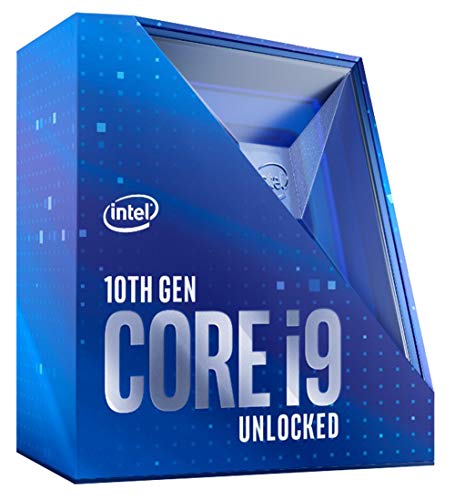 New processor lines always include upgraded features to complement faster cores, but their usefulness can vary from generation to generation. Rocket Lake not only builds on Intel’s strengths, but corrects the company’s one big weakness compared to the competition, too. The 11900K supports PCIe 4.0 as well as includes a new media encoder engine, faster QuickSync, and quicker AES and SHA-1 encryption. We also saw higher boost scores during our tests compared to the 10900K.

Before Intel faced the threat of AMD’s Zen processors, incremental feature advancements were the norm. Not now. The move to newer microarchitecture gives the 11900K a solid win over the 10900K on this front.

Before its official launch, Rocket Lake gained a reputation for consuming a lot of power compared to its Ryzen counterpart. But what about when compared to its predecessor?

Ryzen’s more power efficient, so the gap isn’t quite so large between the two Intel generations. However, you’ll still see more modest power consumption when running the Core i9-10900K than with the newer 11900K. In Cinebench R20, the Comet Lake CPU’s maximum total-system power draw stayed just under 300W, while the Rocket Lake processor stretched to almost 380W. (Ryzen, for its part, keeps under 240W—even when all 24 threads on the 5900X are in use.) The story was similar in Handbrake, which is a more likely real-world scenario: Comet Lake generally remained below 300W for total system power draw, while Rocket Lake hovered around 370W.

For most people in areas with affordable electricity, this difference won’t matter that much. But if you have to watch your power consumption, the older part will save you more money over time.

Not too long ago, the only list prices that mattered for Intel processors were those of the current generation. Previous generations didn’t drop much in cost despite being supplanted—discounts were fairly anemic. But today, the 10th-gen Core i9-10900K’s $488 price tag matters, especially as you can scoop up this chip for $460 at most major stores. Choose the older processor CPU and you’ll save about $80, which is enough to cover half the cost of a Z490 motherboard.

With Intel adopting AMD’s practice of selling its previous-gen chips at a discount, the rising list prices on the current generation are a tougher sell. Rocket Lake just can’t beat Comet Lake in value.

Picking one winner between the Core i9-10900K and Core i9-11900K (much less the entirety of the 10th- and 11th-gen lineups) is tricky. The right choice for one person may not be so for another.

Focus predominantly on 3D rendering in non-Adobe programs like POV-Ray? You’d likely be better off with Comet Lake, and sinking that saved cash into an upgrade on your eventual GPU purchase. The older CPU benefits from its additional cores in that specific type of tasks. But if you’re an Adobe person, the script flips—somewhat. You’ll still be better off focusing on the GPU if you don’t care about PCIe 4.0 support.

The story’s similar for games if you play above 1080p. In fact, PCIe 4.0 support might be the most influential factor on whether to go with an 11th-generation Rocket Lake part.

Ultimately, the choice boils down to whether you’re a value buyer, or you love having the best of the best. People considering one of the two top chips we focused on in this showdown are likely in the latter camp, which propels the Core i9-11900K to the top.

Indeed, we’re going to call this contest for Rocket Lake overall, despite Comet Lake’s strong showing as a worthy alternative. Obviously, your personal circumstances should dictate which chip is the better buy, and even then the distinction isn’t totally clear cut. But ultimately, the newer, shinier silicon has the edge. More performance and better future-proofing have value, too.