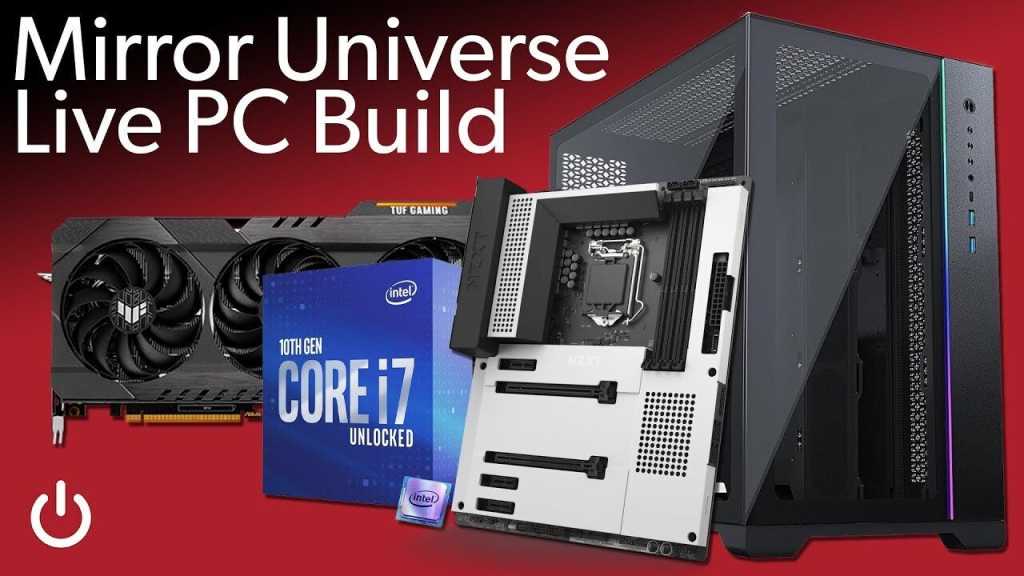 Back in December, we built a spectacular RGB PC using Lian Li’s O11 Dynamic Mini and Unifans, along with a bunch of AMD parts. It looked great, and thanks to those modular Unifans, had an extremely clean look. Normally when you pack six RGB fans into a case, you end up with a mess of cables to route.

Getting the parts needed to replicate that Lian Li x AMD PC is rough going at the moment, though. And between that and another intriguing set of modular fans on the market—InWin’s Saturn line—we decided to do a mirror universe version of the build. Inside will be a 10th-gen Core i7-10700K and a Z490 board, and we even found a case that’s a near duplicate of the O11 Dynamic (not a Mini version, alas, but close enough).

You can catch us putting it all together on Wednesday, March 31st at 11am Pacific on our YouTube channel:

Like all trips to an alternate universe, this build is set up for tension and intrigue. Because of the parts available in our lab, we’ll be using an NZXT Z490 motherboard…which, as you know, is a closed system for RGB. The Saturn fans, on the other hand, work with open systems tied to motherboard vendors like Asus, Gigabyte, MSI, and ASRock. So I can’t plug the fans into the NZXT mobo.

Instead, I’ll be gambling to see if I can daisy chain the two RGB controllers that come with the Saturn fans, then connect them to the Phanteks case itself, which is compatible with the same types of RGB systems and has its own RGB controls built in. It’s a calculated risk, but one that will result in zero rainbow lights if it fails to work as I’ve envisioned it. Wish me luck.

As for the full parts list, here’s everything we’ll be using:

To keep the build moving along faster and leave more time to troubleshoot any RGB cabling woes, some parts of the PC will already be assembled when we start. You’ve all seen a CPU drop into its socket a million times anyway, right?