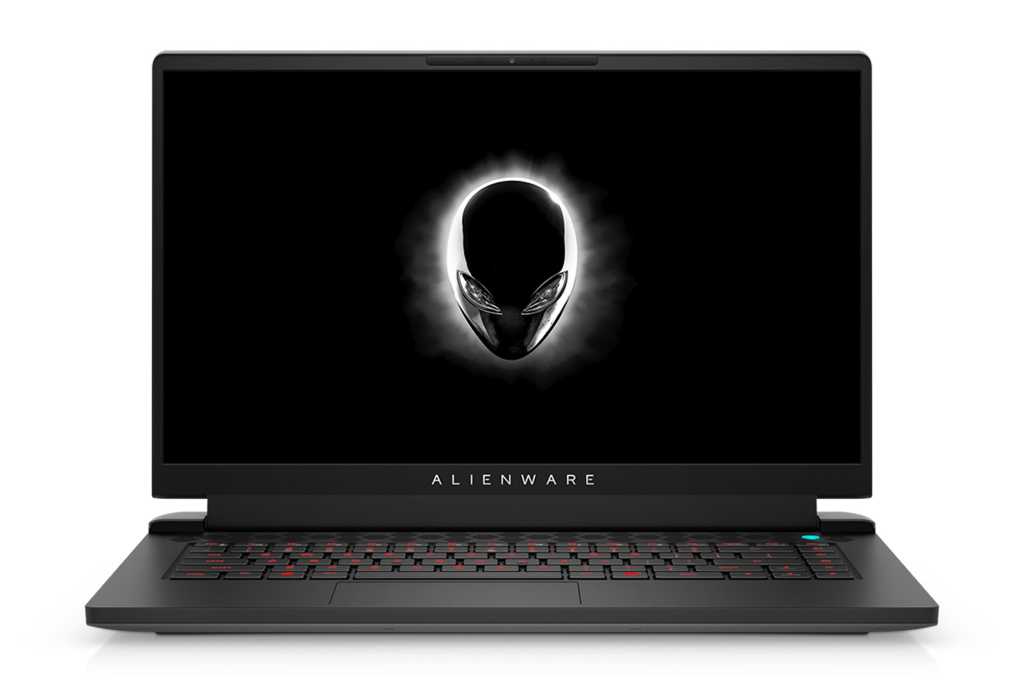 If you want proof AMD’s Ryzen 5000 laptop CPU has really  made it, look no further than the new Alienware m15 Ryzen Edition R5 which, as its name tells you, will feature an AMD CPU for the first time in history.

Sure, you can say Asus, MSI, Gigabyte and other gaming laptops would like to have a word, but in the “making it” world, getting an AMD Ryzen into such a high-profile brand as Alienware is a crowning achievement for AMD’s Zen 3 cores and its award-winning Ryzen 5000 chips.

Alienware, after all, is a brand backed by mega pc company Dell and one of the global brands synonymous with ‘gaming’ for more main stream audiences who have seen its computers in movie and television show product placements over the years.

Those hoping for an all AMD Alienware m15 Ryzen Edition R5 won’t get their day today though as the laptop will offer either an Nivida GeForce RTX 3060 Laptop or GeForce RTX 3070 Laptop. Both GPUs are rated at a TGP, or total graphics power, of 115 watts. With their support for Nvidia’s Dynamic Boost 2.0 technology, you can add another 10 watts to the graphics power for those times when the CPU doesn’t need it. Both TGP ratings would put the laptop at the top of the scale rather than the bottom which is as low as 80 watts for the RTX 3070, and 60 watts for the RTX 3060.

Those who have bitterly complained about Alienware using soldered-in main memory on previous versions will be happy to know the company has heard you and the R5 will feature a pair of SO-DIMM slots that are user upgradeable to with DDR4/3200 RAM.

Advanced Optimus, if you don’t know, is a technology that lets you seamlessly switch between using the power-saving MS Hybrid Graphics mode and the discrete graphics ability to support Nvidia’s G-sync. Most gaming laptops either chose battery life with MS Hybrid Graphics, or G-Sync only mode. More recently, we’ve seen laptops that let you switch between them manually which required a reboot of the machine. With Advanced Optimus, you get the best of both worlds and automatically.

Besides being one of the few laptops to offer Advanced Optimus, the new Alienware m15 R5 will be the first with a Ryzen CPU to support the feature as well.

Depending on the options, the laptop will weigh from 5.3 pounds to 5.9 pounds and measures about 14 inches by 10 inches with a thickness tapering from 0.9 inches to 0.5 inches. Keyboard options include the a 4-zone 1.7mm rubber dome switches or per key RGB low-profile Cherry MX switches with n-key rollover. Alienware specs the laptop with a 240 watt power brick to charge the laptop’s 86 watt hour battery. Ports include a 2.5GbE, combo headset jack, three USB-A ports, a full-size HDMI 2.1 jack, and USB-C 10Gbps port.

One glaring port missing from that list is the Alienware Amplifier Port. Alienware’s proprietary Amplifier allowed Alienware laptops made in the last few years to use external graphics. Many thought Alienware would drop the Amplifier port in favor of Thunderbolt 3’s adoption of eGPU, but the company shouldered on supporting both in its laptops. Company officials, in fact, pointed to the Amplifiers greater bandwidth as a big advantage over Thunderbolt 3.

On Intel-based H-class CPUs, Alienware would split half of the x16 lanes to support the Amplifier. Like the Ryzen 4000, the Ryzen 5000 is limited to x8 lanes of PCIe Gen 3.0 support so Alienware probably can’t just use the same Amplifier design without heavy reengineering of it all. The new laptop will go on sale on April 20 starting at $1793.98.

The new Alienware m15 Ryzen Edition R5 sounds nice, but that starting price obviously doesn’t help those on more of a budget.

For those on more of a budget, you might be looking at Dell’s new G15 Ryzen Edition or the Intel-based G15.

Memory capacity for both range from 8GB to 32GB, although the Intel version tops out at DDR4/2933, while the Ryzen version will clock RAM up to DDR4/3200.

Both also vary slightly with port selections too.

Both feature three USB-A ports, a full-size HDMI port and Gigabit Ethernet. The GeForce GTX 1650 Intel version and the Ryzen Edition also feature USB-C ports but Dell only lists DisplayPort support for the Ryzen version. The Intel version upgraded with the GeForce RTX 3060 though, turns the USB-C port into a Thunderbolt 4 port.

Both Intel and AMD laptops feature a smaller 56 watt hour battery or a higher capacity 86 watt hour batter as options. Screen look to be the same as well with both offering 1080p, 16:9 screens rated at either 120Hz with a 250 nits of brightness or 165Hz at 300 nits of brightness. The Dell G15 Ryzen Edition will go on sale on May 4 starting at $900. The Intel version will hit earlier on April with the same starting price as the Ryzen version.